Sea of Stars is the upcoming RPG Prequel to The Messenger

The Messenger is a game adored by many a gamer. Our Chief Editor Luke described it at the time as a “throwback that truly delivers.” If you too are a fan of the 2018 action platformer, this news may strike your fancy. The acclaimed game is getting a prequel by the name of Sea of Stars. Developer Sabotage Studios launched a Kickstarter campaign for it under 12 hours ago, and the community has certainly voted with their wallets! The campaign has already met its goal, and it looks like the game is a sure thing. What’s curious and exciting is that the game is following a different approach from the original’s metroidvania style gameplay. Instead, it’s a turn based RPG set hundreds of thousands of years before its predecessor.

The story follows two children of the solstice, training to overcome the nefarious Fleshmancer. Sabotage Studio has stated that they take a lot of influence off classic retro games when developing their games and this seems to be no exception. Glancing at the game’s art style clearly draws likeness to that of Chrono Trigger and Secret of Mana.

Sea of Stars and its gameplay very much follows the same vein as well. Within its turn-based combat system are mechanics that require precise timing to pull off hits and block enemy attacks. It’s not dissimilar to the combat in games like Super Mario RPG. More so, the tease promises how fun traversing the world of Sea of Stars is going to be. Crossing bridges, swimming in bodies of water and travelling this gorgeous pixel world looks to be a magical experience. 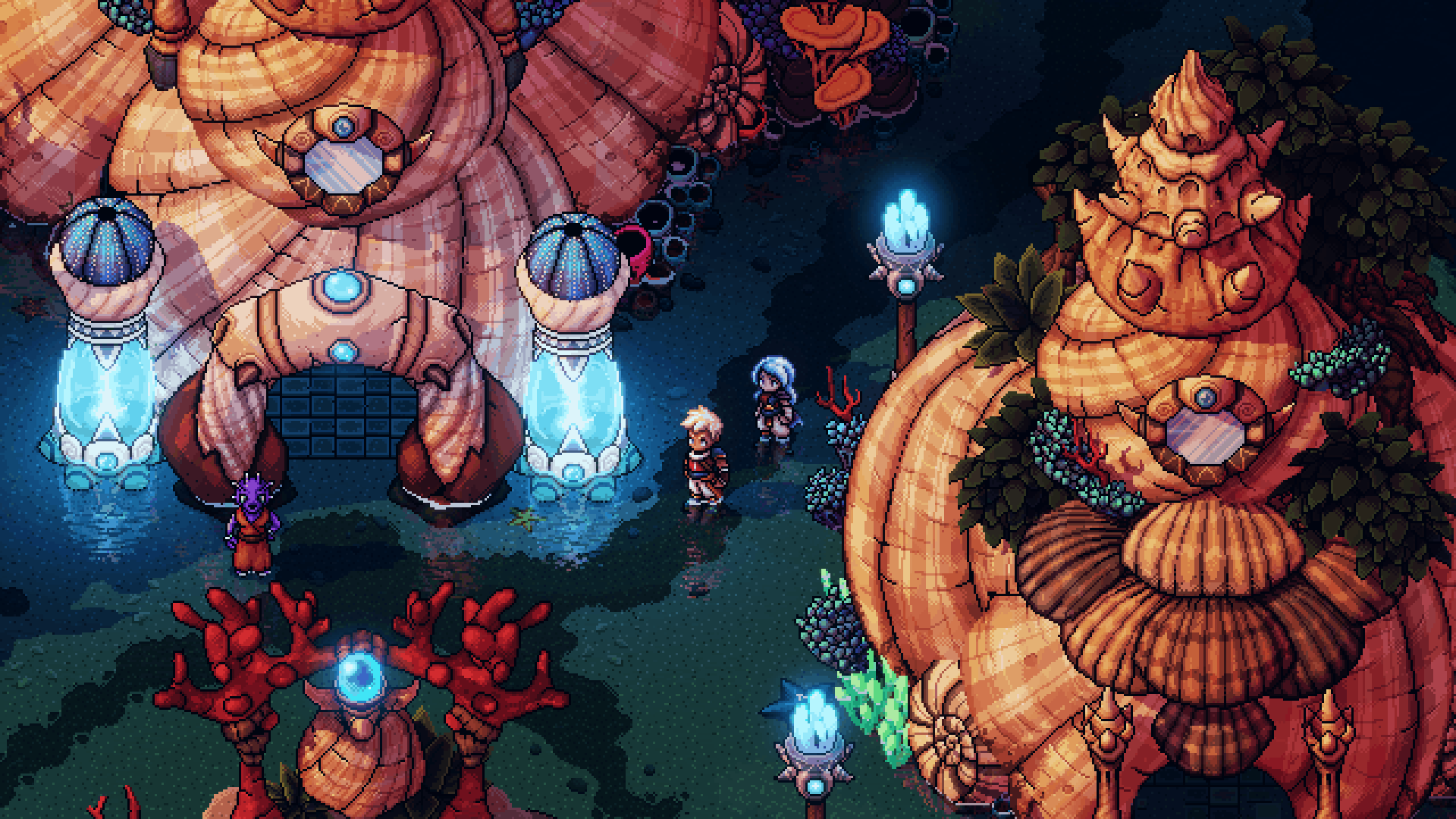 As of yet, Sea of Stars is still in early development and has no firm release date other than 2022. It’s due to come out on PC and likely the next gen consoles. As mentioned, the Kickstarter campaign has already been successful. But there’s still many stretch goals to be met, so head over to the Kickstarter campaign page if you’d like to contribute.