Bursting with fun and feeling just like an episode out of the show, SpongeBob Squarepants: Battle for Bikini Bottom Rehydrated looks to be an absolute blast. At least, that is absolutely the vibe the 15 minute preview demo of the upcoming remake gave off at a Koch Media event. Frankly, SpongeBob fans couldn’t be asking for or receiving anything better in game form.

The demo immediately thrust me into a bright and colourful world under the sea. The world is one many of us to this day are fondly familiar with: Bikini Bottom. I’m suddenly controlling SpongeBob, traversing the lavish green grass field of platforms ahead of me, swiping away at any robots the dastardly Plankton has left for me. Sure, the combat of my fishing net/bubble blower hybrid weapon is quite basic, but it makes up for it in joyous charm. Swiping away at totem crates, collecting resources and opening clams to grant access to areas just ticks and is satisfying.

Perhaps what SpongeBob Squarepants: Battle for Bikini Bottom Rehydrated has most going for it is its setting. The lush and colourful coral, plants and other sea life do well to transport me into the game’s world. Combine this with the simply wonderful and enveloping sound design and it both looks and feels great. Whether it’s the tropical music or little details such as SpongeBob’s squeaky footsteps, the vibes are absolutely nailed. Playing through the demo, I no longer was in a room looking at a monitor, but instead transported to Bikini Bottom. Everything else simply disappeared around me. 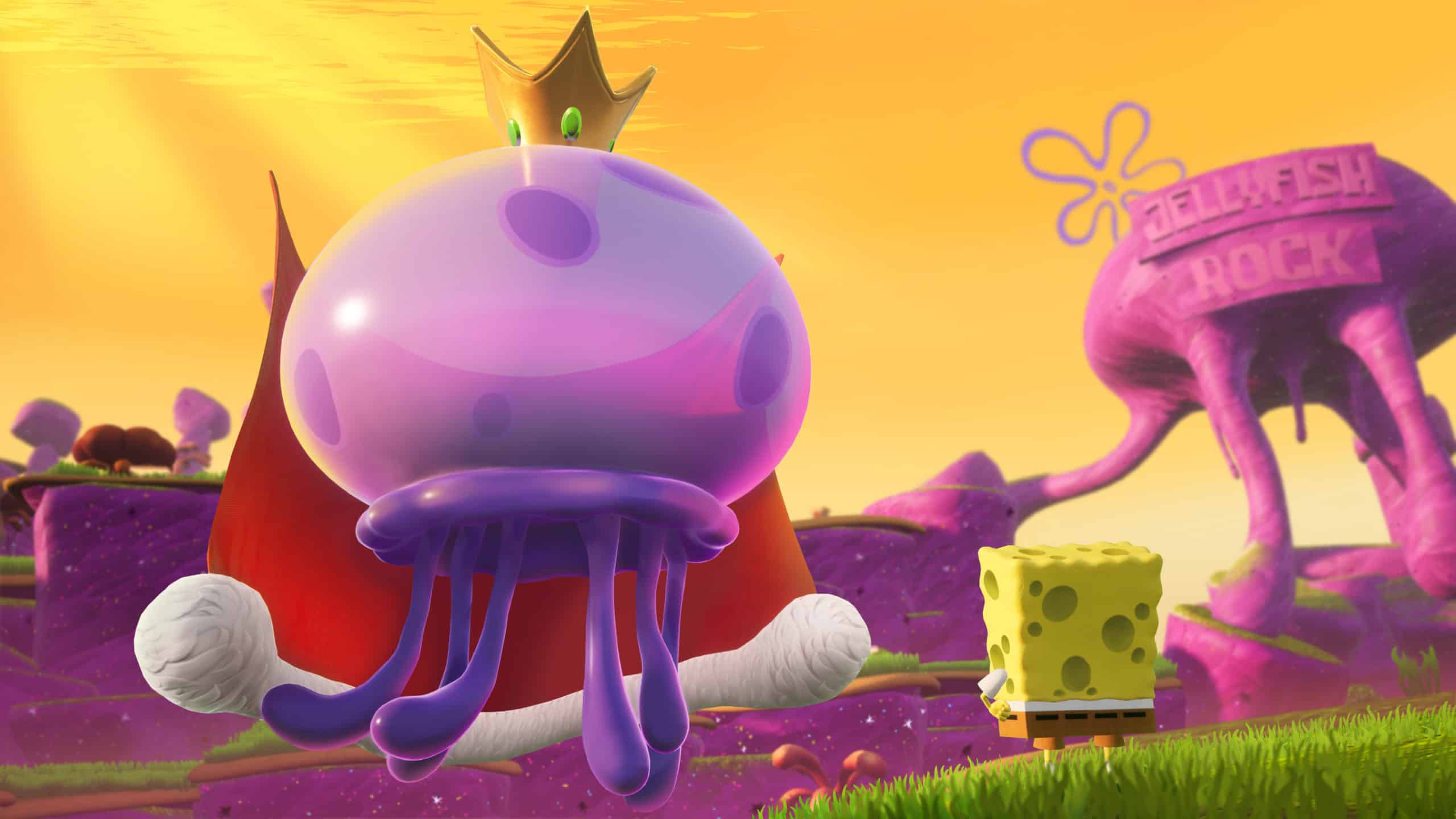 At the demo’s end, I was faced with a boss battle that was breezy albeit fun. The great King Jellyfish was looking at taking me down, sending out some of it’s children and electric shockwaves. It was large and as it was bobbing around it was very much dominating the platform I was on. Simple jumps and dodging with well timed attacks was enough to take down my foe, though I still left satisfied.

So, SpongeBob Squarepants: Battle for Bikini Bottom won’t be the most deep game you play later this year. But that’s okay. Instead, it’s an exciting nostalgia trip collectathon game for those keen on finding an excuse to revisit Bikini Bottom. If that’s at all your jam like it is mine, definitely keep an eye on this one.

I just hope it leads to a remake of the other SpongeBob game I love: Revenge of the Flying Dutchman. Please, just please give it to me?