The Destroy All Humans! remake is out of this world

Love or hate the existence of the remake, remaster and re-release age, there’s one thing great about it. New hashings of earlier video games allow for more people to enjoy some frankly great games. With the current gen remake of Destroy All Humans!,that looks to be no exception.

I got to spend fifteen minutes with the upcoming game and it was an absolute riot. The preview demo saw me controlling, you guessed it, a grey extra terrestrial creature. The little thing is well out of their depth as their spaceship has crash landed on Earth, amongst a farm’s meadows. As understandable, my alien friend was annoyed and when I gained control I was tasked with making out my bearings.

This area served as tutorial of the wild shenanigans I’ll get up to in Destroy All Humans! I quickly was introduced to my powers and devices. The first on hand being a sweet jetpack that I could hover around the farm in, and a telekinesis ability that I used to send some cows flying. It was a silly and wild time, transporting me back to a fond memory of the cheekiness and humour that game from games of the 00’s. Whether it was every joke made by the alien about not understanding the human language, or slam dunking some cows into an ocean, I was charmed. 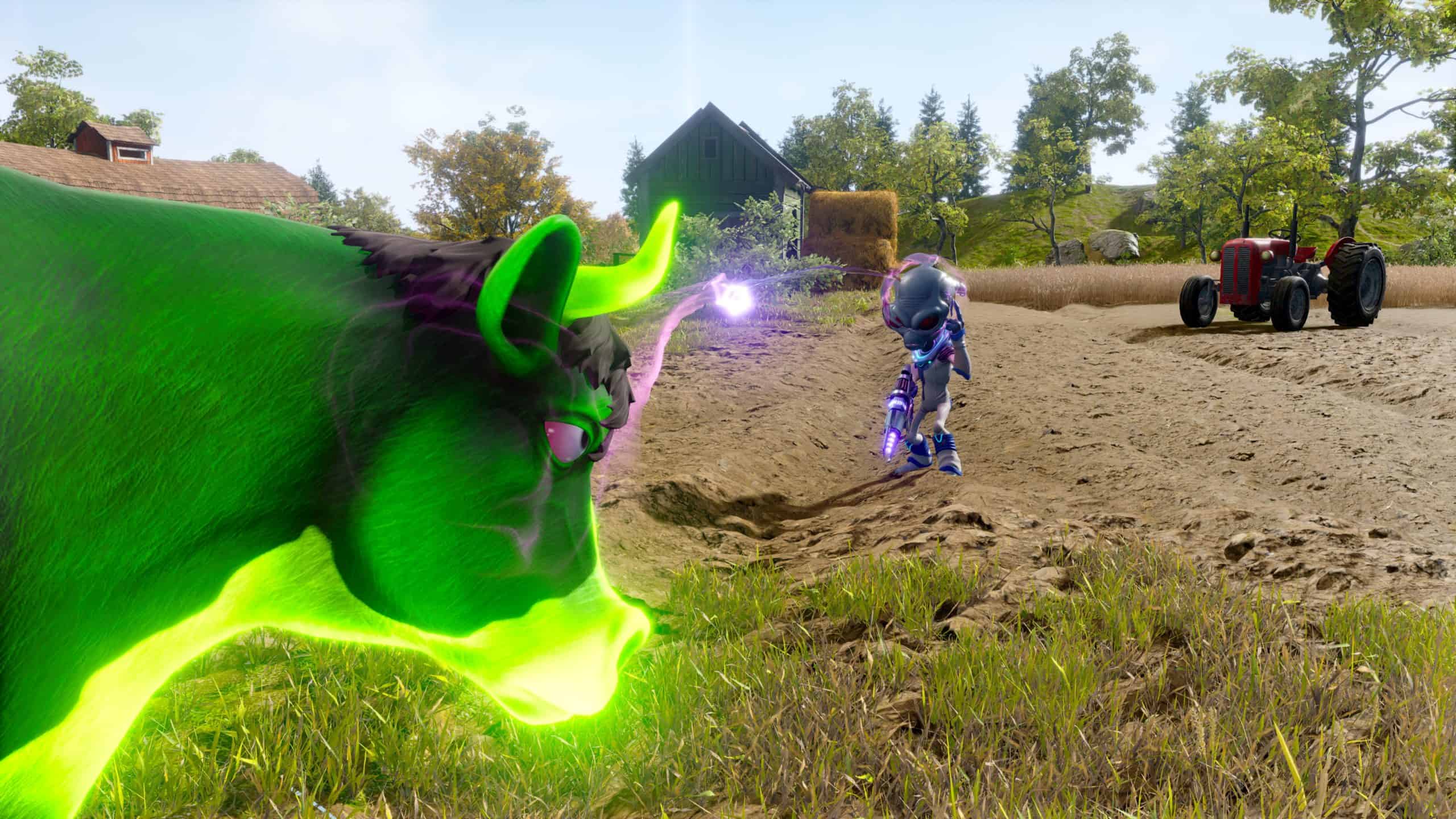 Of course, my destruction did not go unnoticed. Soon farmers, locals, the police and even the army were after me for my reckless pursuits. Thankfully, I had a trusty gun with me that could send out volts of electricity on enemies. I could mow down groups easily, using these blasts to chain and link between foes, with an almost guarantee of multiple hits. It really served as this great power fantasy for taking on some futile humans.

Before long, I was back in my spaceship, destroying all the farmers, police cars, army tanks and buildings I could see on the farm site. As any alien knows of course, removing all evidence and witnesses is key. Then, before I knew it, my demo preview was over and it left me itching for more. These 15 minutes felt like a pure kick of nostalgia to an era of games I deeply miss, despite the fact I never even played the original Destroy All Humans! 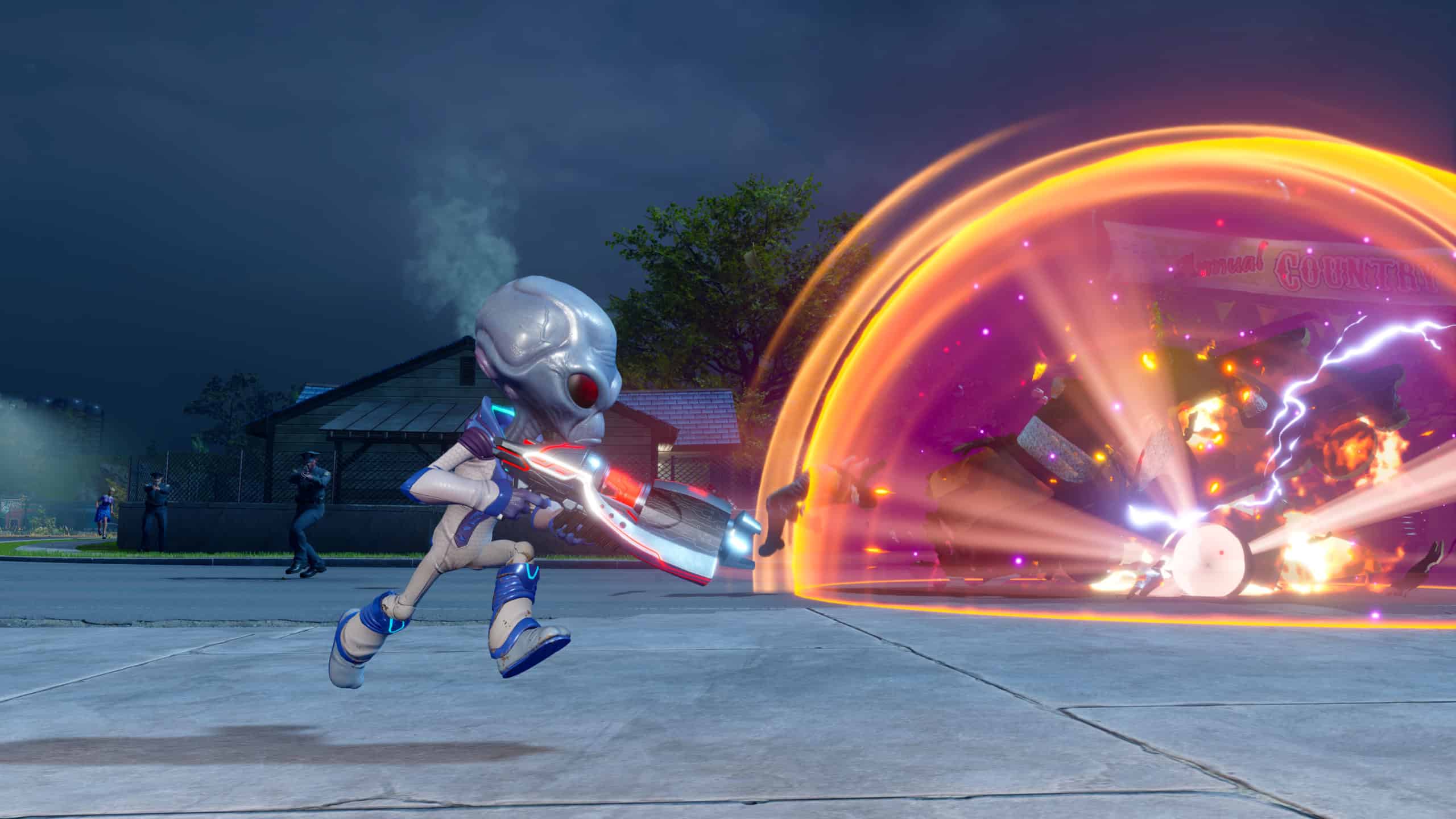