World of Horror: A horrifying love letter to Junji Ito

Can I have a moment to talk to you about the good work of Junji Ito? I’ll admit, he’s not exactly a household name. But despite that travesty, Ito is, in my opinion, one of the greatest horror creators of all time. As a mangaka specialising in cosmic & body horror, he has stained minds all over the world with his horrific imagery. He has not, however, had a chance to bring his iconic brand to games. His only work on games began and ended with the unceremoniously cancelled Silent Hills. But Ito’s influence still has a wide reach, and as such a new game inspired by his style of horror has released into Early Access. 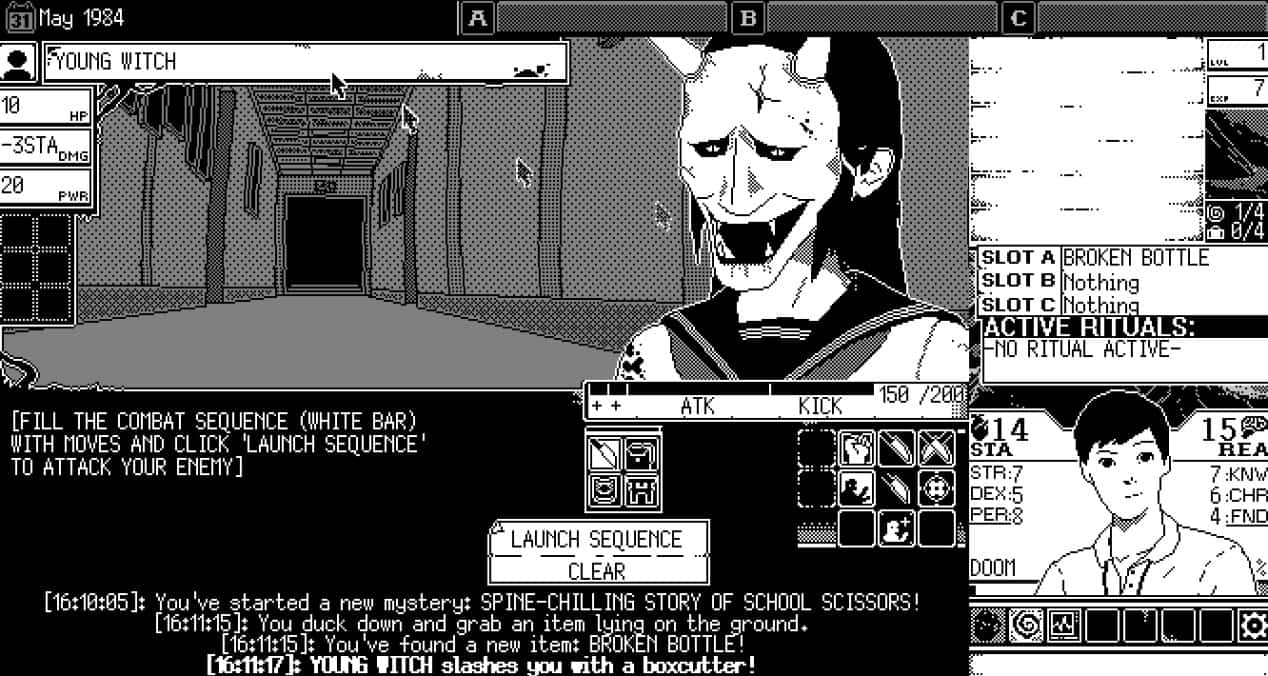 World of Horror is an RPG set in an ordinary town with extraordinary terrors lurking behind its many closed doors. Each standard campaign consists of multiple mysteries: Eels that infect and kill their hosts, a woman that been strangled by an elongated arm, or Students killed by a scissors-wielding spirit. Only by getting to the bottom of these mysteries can you confront the Lovecraftian horrors plaguing this town.

The gameplay is presented as what is becoming the increasingly ubiquitous genre of tabletop-style RPG. You start by choosing where to investigate. Based on where you go you will have a random event to contend with. Most offer a choice of options, with some cordoned off based on stats, items, and previous experience. Fail the checks and you may suffer mental and physical damage. Alternatively, you may find yourself across from some abomination you have to fight with. Each turn you can queue up a couple of moves. Attack to do damage, dodge and block attacks, use spells or simply run away from your assailant. 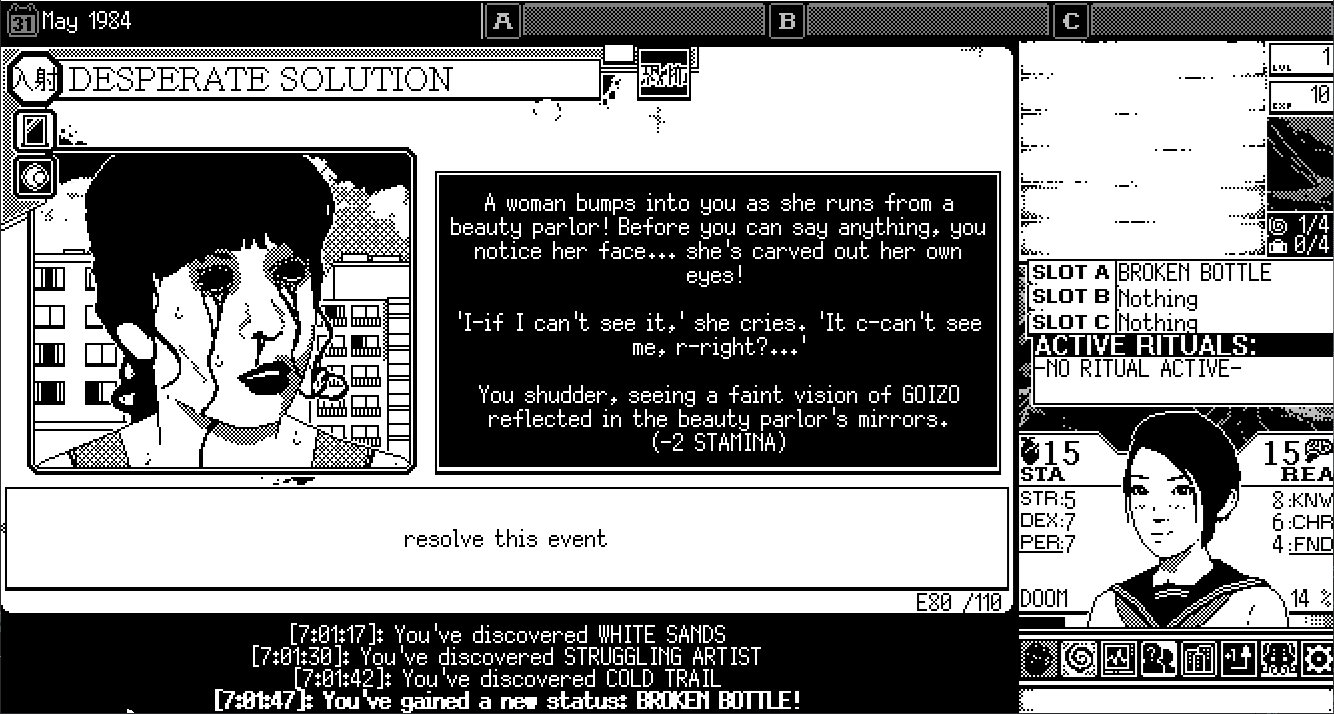 The real challenge is maintaining your physiological and psychological composure throughout each campaign. You have to balance stats, but also take enough risks to get EXP to level up to boost stats and gain helpful perks. It helps set a really good balance. The cosmic horror genre, more so than other horror subgenres, is full of hopelessness. Conversely, games are all about hope, to an extent. It’s hard to engage someone with a gameplay challenge whilst crushing their self-confidence in their survival. On the other hand, the constantly decreasing health bars, and the ever-rising “Doom” bar, bring the nihilism to this game. Additionally, persistent status ailments help weigh down the oppressive feel from mystery to mystery. But the occasional level up to strive for keeps the flicker of hope alive through the campaign.

Now let’s talk about the Early Access part. For some, Early Access is a big red flag, and I’ll always defend someone’s disdain for the system. Having said that, World of Horror very much lands on the “completed work, but will be improved” side rather than the “half-baked” one. The developers primarily chose Early Access so they can get some widespread feedback to tweak the difficulty. The game is solid and feature-rich. For example, there are 12 mysteries that form the building blocks of a campaign, with “at least 20” being available on full release.

World of Horror is available as an Early Access title on Steam, Itch.io, and Xbox Game Pass.