The recent Bunny Day event for Animal Crossing: New Horizons has been…divisively received, to say the least. During the 12 day event, eggs can spawn in place of regular resources like fish, balloons and wood to make special furniture and clothing items. However, the sheer number of eggs that are littering players’ islands has raised online ire. This has led to Nintendo releasing a new patch reducing the spawn rates.

Translated from Japanese, the latest patch notes for update 1.1.4 states that “the appearance rate of some eggs adjusted”. However, it also states that egg spawn rates will increase on April 12, which may help anyone still needing to complete their collections. Having played Animal Crossing: New Horizons a bit to test it out, it is hard to tell the difference, but it may become more apparent as time goes on. The update also addresses a bug related to Flick and collecting Scarab Beetles. 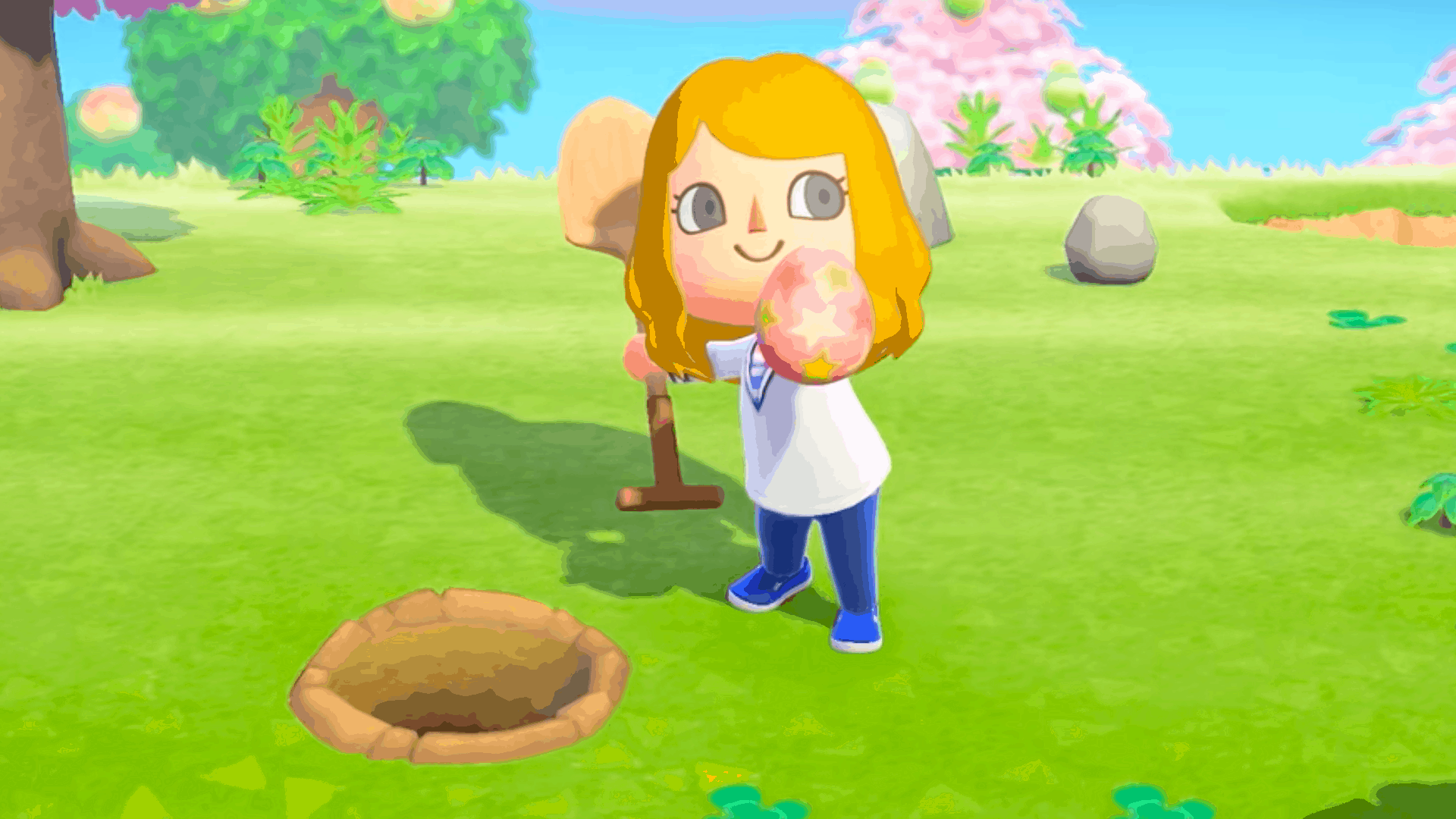 Addressing the egg spawn rates will hopefully make the game easier to get into for new players. In the early game, players need to craft a lot of items and infrastructure. This task is tricky enough normally, let alone when half of the available resources are replaced by mostly useless eggs. Nintendo has been very prompt at addressing players’ concerns regarding Animal Crossing. Although it is a mostly single-player experience, Nintendo has patched Animal Crossing: New Horizons as often as it does its live service games like Splatoon 2.  This frequent patching schedule has made Animal Crossing: New Horizons very reactive to player feedback.

Hopefully Nintendo has learned important lessons for its future events in Animal Crossing. Future events will hopefully be less obtrusive, or not last as long, so that players have the option to not partake if they want. The next upcoming in-game event will be Earth Day later this month, which will bring back Leif the sloth and celebrate the environment.