Announced last year, Crusader Kings 3 is the next in Paradox Interactive‘s line of historical roleplay simulation that spans the Medieval era. The series one is of grand strategy: as your kingdom’s ruler, you’ll be using the resources of a whole nation to overcome your enemies and political rivals. You will also make personal decisions about your ruler’s lives. Paradox has been active on their website and youtube channel, posting updates and planned features for the same. In a recent blog post, they’ve gone more in-depth about how Crusader Kings 3 will intrinsically tie a varied and diverse range of sexualities and cultures to the game’s core functions.

In the days of Crusader Kings 2, your ruler could be either heterosexual or homosexual. For a 2012 roleplaying game, that’s pretty par for the course, and even above what some other games were offering. In 2020, it’s still quite common to see those two being the only available options, which is why it’s so encouraging to see Crusader Kings 3 up the ante. Paradox’s new title will allow your ruler to be straight, gay, bisexual, or even asexual. Paradox admits that the game won’t differentiate between sexual and romantic attraction, but you will be able to set things like your kingdom’s opinion on certain types of relationships, and the ‘sexual distribution’ (that is, what percentage of your people prefer one gender compared to another).

For example, your ruler might be gay, but your kingdom’s societal rules, called ‘Faith’, may still criminalise the act. You can also choose your kingdom’s opinion on gender roles and religious freedom. These restrictions can be changed mid-playthrough. Depending on these factors, your social and political options may change drastically. Additionally, more cultures and gender options are available right off the bat, meaning you can rule the way you want straight from day one. 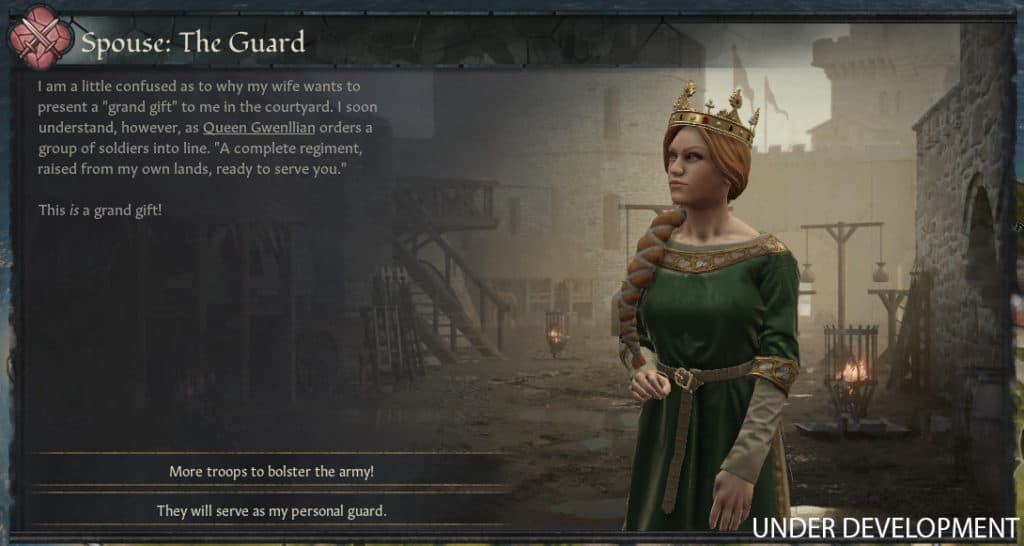 If you’re a fan of historical games and shows, there’s no doubt you’ve heard the age-old excuse for a lack of diversity: “it’s not historically accurate”. And no matter how untrue the statement is (gay people did, in fact, exist before 1970), it’s been the rusty fence that developers often hide behind to defend their works from criticism. On the other hand, it’s true that many inequalities did prevail throughout the Medieval era. Instead of reinforcing these unfortunate realities of history, Crusader Kings 3 puts them in your hands to play around with. Do you want to flip the world on its head and make females the majority? You can do that. Or do you want to rid your fantasy world of any trace of such inequality? You can do that too. “We are huge believers in allowing players as much freedom as possible to shape the game world in their image,” said Paradox in their blog post, “We make the games, you create the stories.” Paradox hopes that leaving these historical building blocks in the hands of players will make for great drama and intrigue.

The blog post also details increased roles for your spouse and more visibility for female characters. For the full developer rundown of how sexuality, faith, and culture will be implemented in Crusader Kings 3, check out the blog post on the game’s website. Crusader Kings still doesn’t have a release date, though it’s still slated to come out sometime in 2020.