The anticipated(?) sequel to 2010 cult classic Deadly Premonition will be hitting us sooner than expected. Deadly Premonition 2: A Blessing In Disguise (yes, that’s the full title) is coming to the Nintendo Switch this July. We’ve included the very artsy release date announcement trailer for you below.

For those unfamiliar with the Deadly Premonition property, it follows you playing as FBI agent Francis York Morgan. For those curious as to what Morgan is like, he’s a slim and suave attractive brunette (or at least as well as he could’ve been by 2010’s graphics). Think, a young Kyle MacLachlan. That’ll become important in a moment. The original game saw you solving the murder of an eighteen year-old girl in the quaint and rural fictional town of Greenvale, Washington. Along the way the plot of the game takes some very surreal and unconventional turns that’re well worth seeing out. Even if it feels very B grade movie. If reading all this makes you think of the TV show Twin Peaks then yes. That’s exactly what it was going for.

Now, we have this open world part prequel and part sequel, that’s set both before the events of the first game, in Morgan’s memory, and in current day. When you’re in present day, you’re in the city of Boston. Morgan’s memories however take place in Le Carré, Louisiana, where you’ll be spending a good time of your crime solving. Oh, and there’s the option to deck out and upgrade the skateboard that you can ride in the game. Sure, why not. 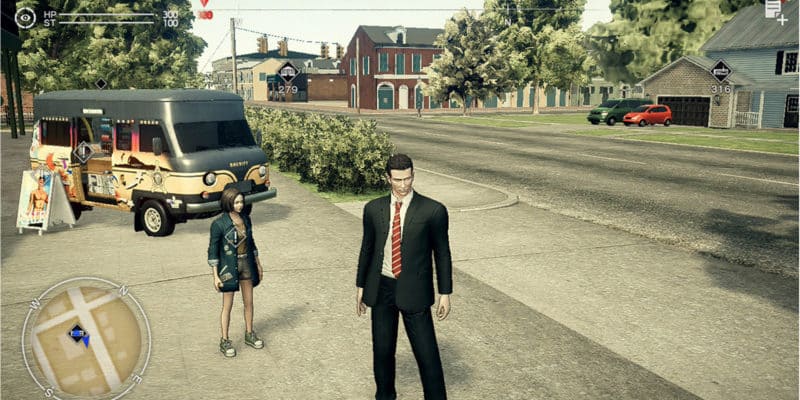 When the sequel was announced last September, I couldn’t help but wonder why? Deadly Premonition didn’t do all too well with critics, though it still has some damn devoted fans. Still, not enough that it warranted a sequel surely?

Regardless, Deadly Premonition 2: A Blessing In Disguise is landing on the Nintendo Switch on July 10th. The Origins edition of the original is currently available for half price on the Switch’s eShop too, if you’re for some reason like I and suddenly keen on jumping in to see what the deal is with this series.