With COVID-19 already having an impact on video game release dates over the past week, we have now seen a major street date broken – Final Fantasy VII Remake, originally scheduled for release on April 10, is available in Australian stores today.

Both EB Games and JB Hi-Fi were first to jump this morning, but other retailers like Big W are also showing the game as available. This is especially helpful considering the April 10 release date actually fell on Good Friday in Australia, which is normally a non-trading day, that would have made it difficult for those who prefer a physical version of their games. 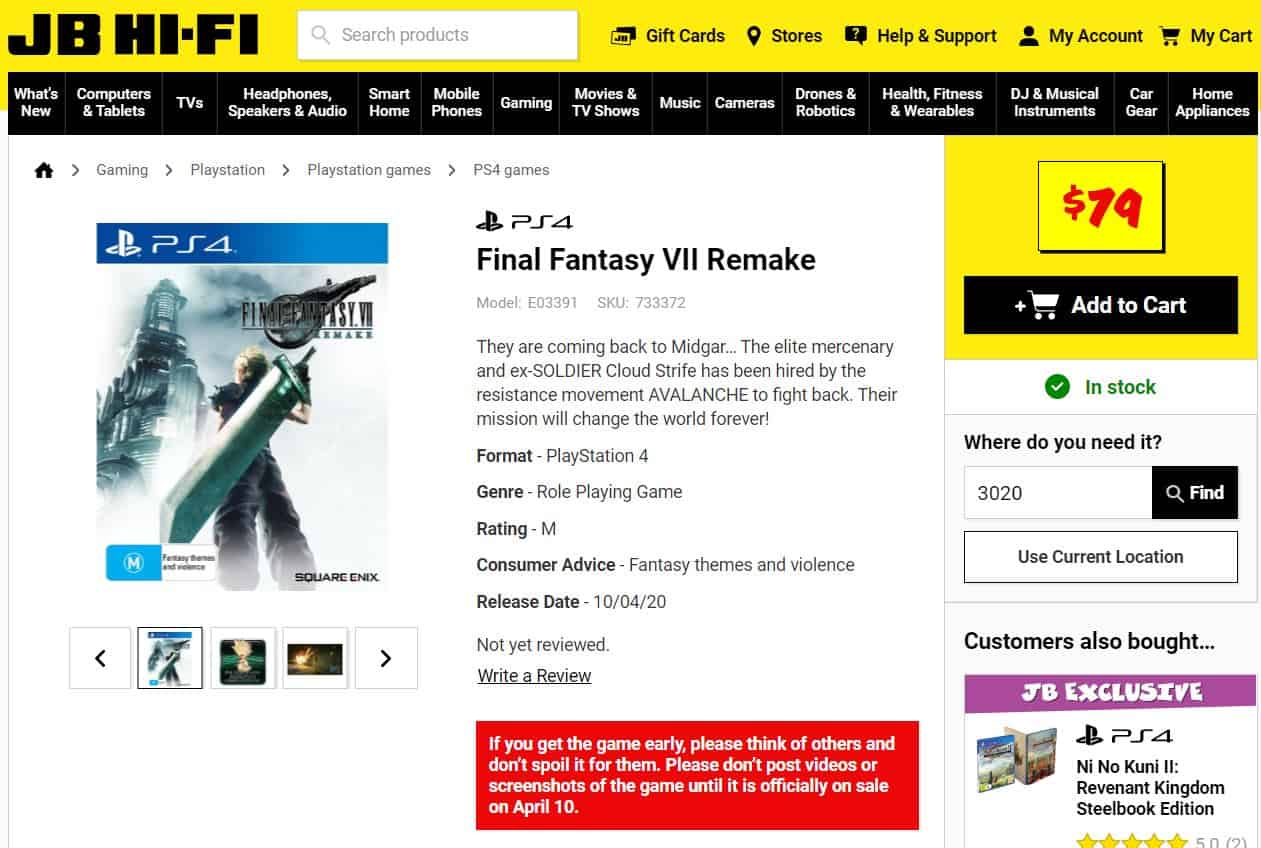 It’s worth noting that it is not available for digital purchase, with that release date still the same at April 10th. So if you want a copy you’ll have to venture out to grab a physical one – but please be careful and keep in mind social distancing if you do decide to go to a store.

This comes off the back of other games releasing early, like Persona 5 Royal which came out a week before launch. While no official statements have been made as to why, we can make the reasonable assumption that brick-and-mortar stores are trying to put stock on the shelves for sale before they potentially have to close down due to the coronavirus.

Square Enix have already made the public statement below, urging fans to respect others by not spoiling the game after such a long wait.

Who knows if other video games will break their street dates where possible to get into the hands of Aussie fans. Will you be going to grab a copy of Final Fantasy VII Remake today?