The world of Covid-19 has set in for most of us for over a month now. With forced stay at home measures in effect and awkward Skype and other forms of video chat becoming the norm, one game port’s arrival at this time is accidentally fantastic. Telling Lies, the Full Motion Video (FMV) game from Sam Barlow that sees players being a fly on the wall to characters’ video conferencing calls is that game.

Telling Lies is another great mystery game to come to consoles.

For those unfamiliar with Telling Lies, it sees you playing as a former FBI agent turned whistleblower investigating a series of characters’ lives. Much like 2015’s Her Story, also directed by Barlow, you’ll be rifling through recordings of these characters, trying to unravel the mystery the story has to tell. In this one however, you’re instead inspecting hacked in private video conference calls, instead of the police interview footage the spiritual predecessor had to offer. With great writing, a stellar cast, and feeling like you yourself are a part of these stolen conference calls, it’s a title well worth checking out. Frankly, it’s one of the underrated mobile and PC hits of last year.

Now, the game is coming to consoles too and coincidentally during the self-isolation lockdown period of Covid-19. This was a happy accident. Sam Barlow has gone on the record saying the game was always slated for release around this time. He covered this in an engaging interview with MinnMax, a channel made up of ex-Game Informer employees. Barlow goes deep into not only how the game was made, but its reception and his history in game development. He even goes as far as to tease his next game, though not due for some time, will have a supernatural horror focus. For anyone that loves Sam Barlow games, or gaming history in general, it’s a fantastic interview. Barlow’s certainly an interesting guy. 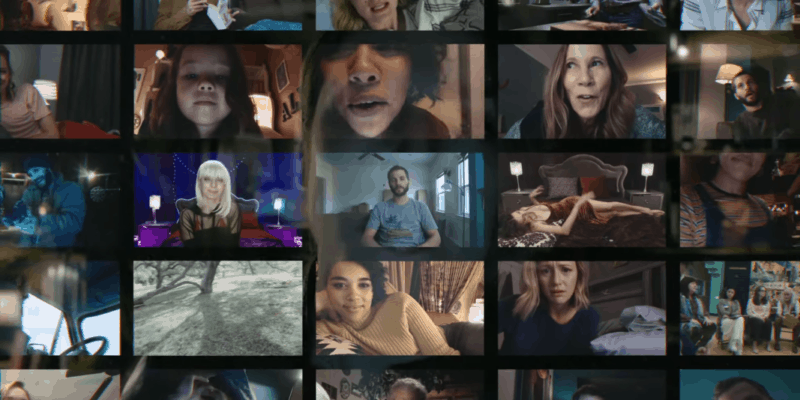 Telling Lies could prove to be definitely worth checking out on Switch especially. I can only imagine how great the scrubbing through videos will feel on the device’s touch screen. Telling Lies releases for Xbox One, PlayStation 4 and Nintendo Switch next week on April 28th. Jump on in. Just maybe don’t blame us when parts of it start getting all too real.