Now that we’re all stuck inside, wouldn’t it be great to have a way to explore the seven seas? To sail between islands and chart land that others have never even discovered? Then Windbound might just be for you.

It’s a game being developed by Brisbane based 5 Lives Studios and published by Deep Silver.

Announced recently, Windbound is going to be available digitally on the PS4, Xbox One, Nintendo Switch and PC. The game is a rogue-like 3rd person survival game, where the player takes on the role of Kara after her ship is wrecked on an unknown land where she must put her skills to use to both leave the island, and solve its mysteries. While the game is based on survival mechanics, it takes the genre in a new direction by focusing more on hunting and exploration. It also has custom boat building and a robust sailing component that any fans of Wind Waker will love.

Beginning the story with no boat, no food or tools, players must learn to adapt to the world of Windbound. Crafting tools and weapons to hunt and defend Kara against nature itself. Though just because a world is dangerous doesn’t mean it can’t be beautiful, sail towards the horizon coming across new and unique islands, each with their own diverse wildlife and landscapes. Exploring the islands also means uncovering their mysteries, and unravelling this means that Kara may find something more than just the way back home. 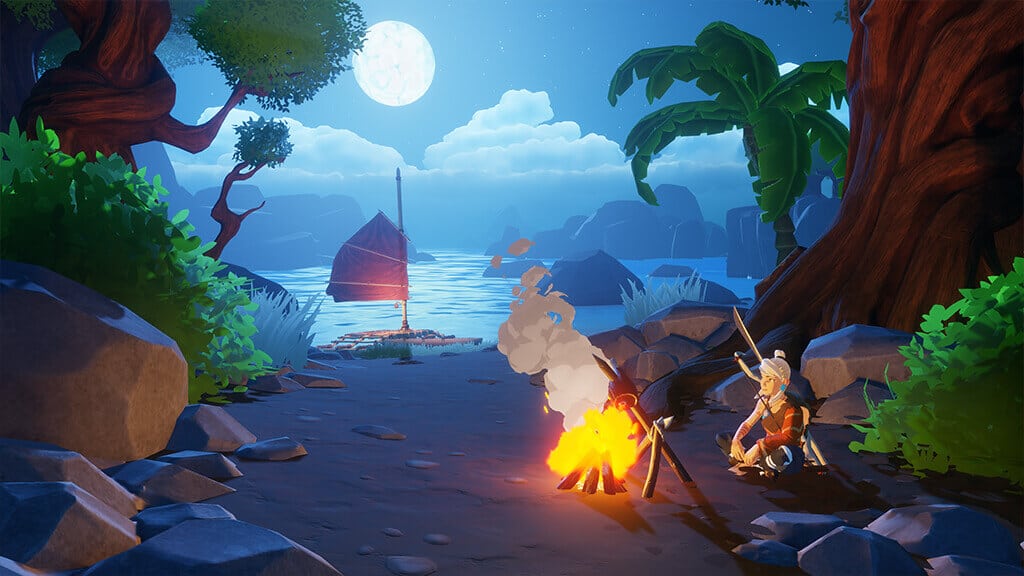 Windbound is set to release on PC and all major consoles on the 28th of August, so get ready to build your boat, breathe in the fresh ocean air and prepare for a journey across the seas. For further information on the release of Windbound, be sure to check out the office website here and get your sea legs ready!