Finished with Doom Eternal and need a striking, stylish and smooth new FPS in your life? Bright Memory: Infinite, announced this morning on the Inside Xbox stream, may just be it. This sci-fi shooter is unbelievably made by just one person, which is hard to believe when you see the painstakingly made trailer.

Our hero finds herself surfacing from the water and quickly finds their way into some intense close-quarters combat. Bullets are flying everywhere, the protagonist wall runs, and then uses a jolt of blue electricity as both a tether and hook that looks very Bulletstorm in nature. Oh, and she whips out a sword too and gets a sweet combo on a foe midair! Colour me intrigued.

The meshing of worlds in Bright Memory: Infinite sure is interesting too. It’s very clear based on the weaponry, technology and vehicles sighted in the trailer that it’s based in the future. Yet, the environments are buildings from the Feudal Japan era, with gorgeous scenery and mostly untouched forestry all around. It’s an interesting blend I can’t wait to see in action. 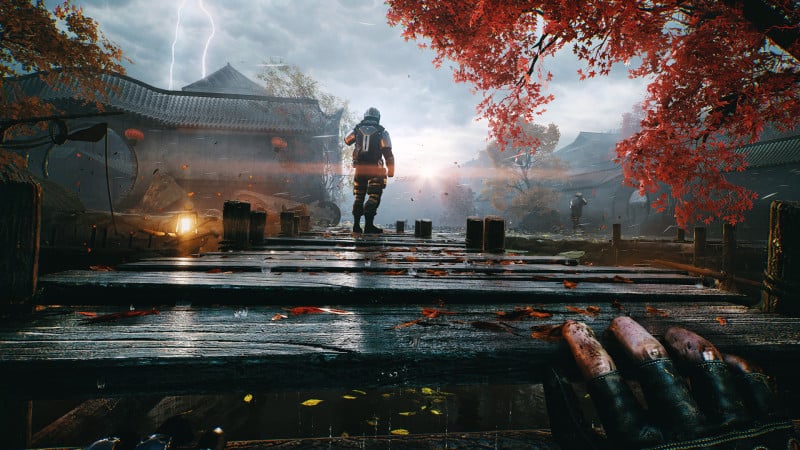 Bright Memory: Infinite was the first of many games to kick off this week’s Inside Xbox stream. It’s set to come to the Xbox Series X at a currently undisclosed date. The game will also come to PC with a recently releases previous iteration of the game already available. Infinite will expand upon and complete that previous iteration as a more feature complete version.  when it releases. This ended in March, with plans for this now more fully-featured and complete version in the future. Those who own Bright Memory on Steam will get access to Bright Memory: Infinite for free when it releases.