PGA Tour 2K21 could be the definitive golfing experience

Lets talk about PGA Tour 2K21, correct me if I’m wrong, but I believe it may have been Winston Churchill that once described golf as the best way to ruin a good walk. In my view he was pretty wrong, if James Bond can take to the course in Goldfinger, you can too.

Sure, it’s a frustrating game to learn in real life, but once you can hit that tiny ball a few hundred metres in the direction you want it to go in, it’s actually pretty fun. Some of my favourite memories are walking around a course with with my Granddad or my friends. I have also played a bunch of golf video games over the years, whether they be Mario Golf 64, Pebble Beach Golf on my Sega Saturn, Everybody’s Golf or Cyber Tiger (pre-scandal) on my PlayStation or multitudes of Golf games back when I had a Windows 95 PC. Heck I’ll even play Golf in GTA V online if anyone wants a round, I think they are pretty fun games, I just find them relaxing to play.

Hence, I am a bit excited about PGA Tour 2K21, for the simple fact that 2K games make and publish (generally) fantastic sports games. I wont bore you with too much of the detail but Visual Concepts was acquired by Sega in 1999 specifically to make sports games for the Sega Dreamcast. They created NBA 2K, NFL 2K and NHL 2K and their sequels. In 2005 Take Two (parent company of Rockstar Games) purchased Visual Concepts from Sega and it was renamed 2K Games.

Since then the company has added to its repertoire the WWE 2K games among others, in my view they make some of the best sports games around and did their job of giving EA Sports a run for their money. So it’s interesting that HB Studios (makers of The Golf Club Series) who had previously been published by EA Sports, have hopped into bed with 2K Games.

Yeah look, it won’t be Happy Gilmore the game, and probably didn’t need the distorted guitar in the launch trailer but it is still something to be a little excited about. Firstly, the physics of golf have been mastered in video games decades ago, so you don’t need to be worried about that. No need to worry about trying to convey a sense of speed with that horrible motion blur that is all the rage these days no need to worry about competitor AI on the field or multiple characters all over the place. Really, when it comes to golf games now, all that you need to be worried about are the looks and if this very brief trailer is anything to go by its gonna be a stunner.

Checkpoint did actually review the last game by HB Studios The Golf Club 2 all the way back in July 2017 and Luke described it as capturing the essence of Golf for better or worse, that it was a tricky game to get the hang of but ultimately a satisfying play. Aside from one or two niggles (regarding career mode so put that one aside) the main criticism at the time was that its graphics were a bit lacking considering the consoles it was released on. So really, with 2K Games behind it (translation: a bit of extra cash) and with the gameplay already locked down, official PGA courses in the mix and a graphical upgrade, this one could be a hole in one and the definitive golf game this generation. 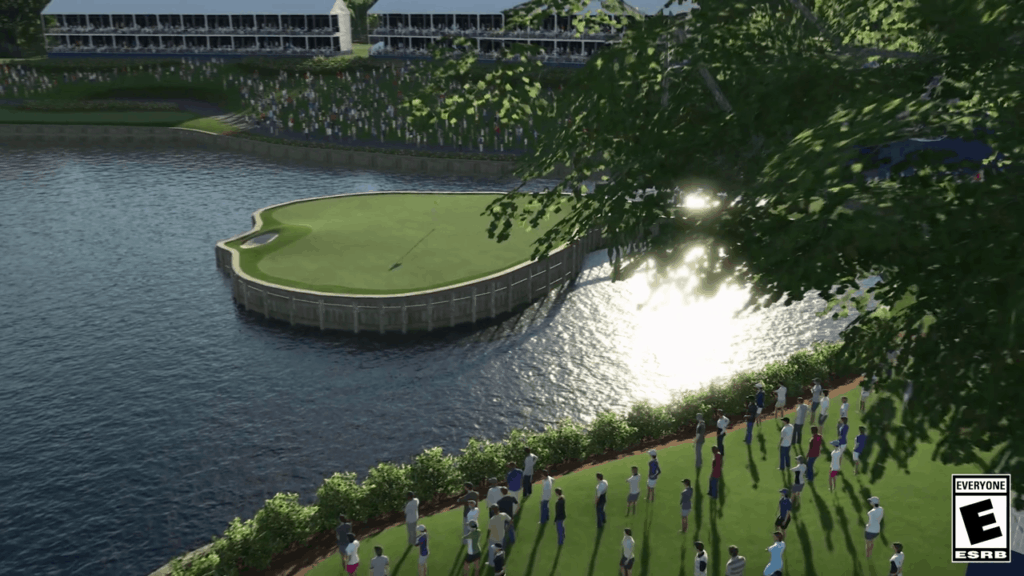 At this point, the trailer is all that has been shown about this one, but details are sure to become more clear over the coming weeks. It has no release date just yet, but I suspect it is but a few months away. Given these isolation times, hopefully it comes up whilst we are all at home and can spend some virtual time outdoors for a round of golf. I am quietly confident this one will turn out really nicely, but time will tell.