The Last of Us Part II’s final trailer is here and it’s a doozy. Just over a month out from release, it’s clear audiences are gonna be shedding many a tear come May 19th. We’ve included the trailer below and will run down some of it for you. If you’ve managed to get this far without spoilers and want to go in as blind as possible, perhaps click away now.

The trailer’s opening words from Joel are bone-chilling. “I know you wish things were different. I wish they were different,” Joel says as footage of younger Ellie and Joel from the original gameplay. “But they ain’t,” Joel says finishing his thought. This in itself feels almost self-aware. Just the other week big spoilers of the game’s story beats found their way online. Some fans, like I, found them and wish they didn’t, wishing it was like the earlier days where the game was a mystery. Hearing these words from Joel almost feels too real. The conversation around the game is in a very weird place. Ready for it or not, The Last of Us Part II is just around the corner, for better or worse.

All throughout the trailer, an awe-inspiring musical piece plays, assumingly by returning score musician Gustavo Santaolalla. It sets the tone brilliantly. Ellie rides a horse through environments society has long abandoned, overgrown with greenery. Familiar faces such as Joel’s brother Tommy appear. Other factions are present and are threatening as ever. It’s clear, the stakes are both emotional and high. 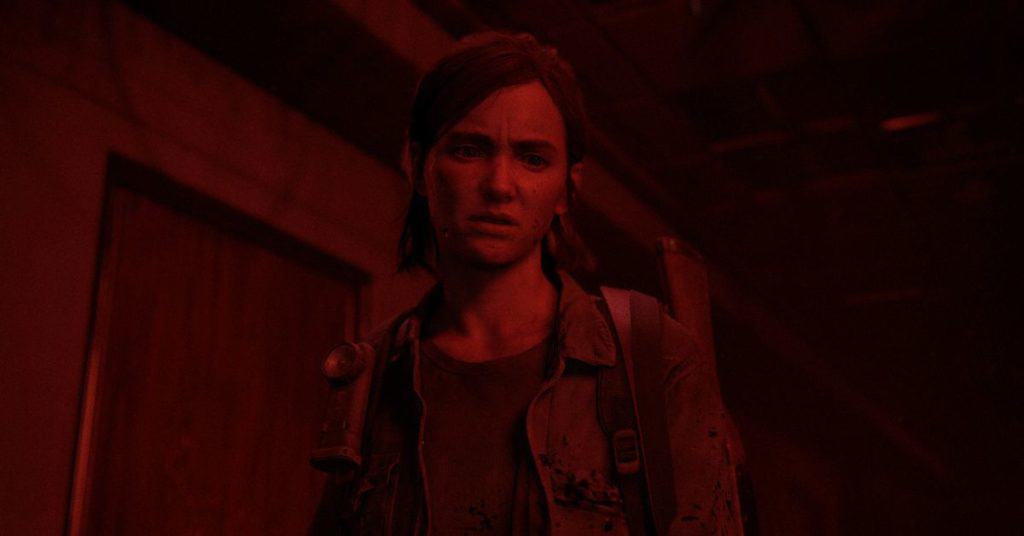 At the trailer’s end, Ellie (like above) is hued in this bright red light. The words “we could have killed you,” are said by an unknown character. Ellie simply responds “maybe you should have,” before taking a pipe to whoever it may be. Ellie is tired, angry and done. She wants whatever revenge for what the game’s marketing has been teasing for the past year. Hell, she deserves to have it filled.

The Last of Us Part II is now due for release on June 19th on PlayStation 4. Just over a month away. Get your tissues ready, folks.