What Happened is a horror game set in high school

Are you an adult that, like many, considered high school to be hell and a tough time? Well, class is back in session. First-person psychological horror game What Happened takes an interesting premise where you play a protagonist suffering from acute anxiety and depression, all set within a high school. Talk about a nightmare. While the game has been in development for some time and even released their first trailer back in 2018, developer Genius Slackers have now officially announced their debut game via IGN:

The trailer sure sports some gorgeously haunting visuals. Our hero Stiles constantly experiences visions that change his school environment. One second he could be in his normal classroom, then the room is near pitch dark and it’s pouring rain in the room. There’s also a terrifying group of enemies that follow Stiles, adding to the intensity. Players will “guide high school student Stiles through the dark corridors of his own mind as he struggles with his demons, real and imagined,” according to Genius Slackers.

Expect one of those type of horror games filled with puzzles, leaving you with questions at every turn. Just what’s real and what isn’t? “The mental realm that Stiles inhabits is unforgiving, with twisted memories lining the hallways of his mind. As players help Stiles solve puzzles and escape the clutches of his demons, the game will subtly respond to the empathy they show him,” the team promise of the game. 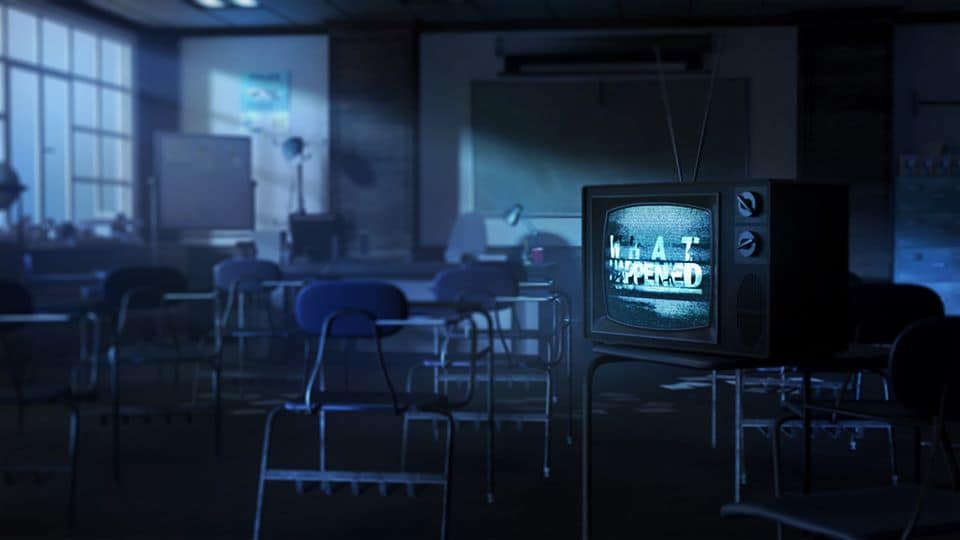 What Happened is due for release on Steam in July, with console dates to later follow. It sure looks like players will have a frightful journey ahead of them. “Everything starts with high school and everything ends with high school,” is a caption on one of the game’s promotional posts on Facebook. It’s a fun, chilling and almost coy line, playing on the fact when you’re a teenager you think everything’s the end of the world. Anyone else just get a little shiver up their spine?