Crash Bandicoot: On The Run announced by Candy Crush developers

2020 seems to be Crash Bandicoot’s year; in addition to the announcement of the long-awaited Crash Bandicoot 4: It’s About Time, an endless runner spin-off title is also being developed for mobile devices. King, the developers of Candy Crush, have announced Crash Bandicoot: On The Run, to be released on iOS and Android.

Crash Bandicoot: On The Run sees everyone’s favourite bandicoot running through familiar settings, collecting wumpa fruit and defeating classic bosses from the franchise. Crash’s arch-nemesis Dr. Neo Cortex has dispatched his minions across different dimensions to take over the multiverse. Together with his sister Coco, Crash must run, slide, spin and jump across dimensions to send Cortex’s forces back to where they came from.

While the gameplay seems to have a lot of the trappings of other endless runner-style games, the trailer also notes that Crash can craft additional weapons to defend himself. There is also set to be a base-building element, as well as multiplayer battles. In addition, players can customise the hero with unlockable skins, such as a Blue Hyena skin shown in the trailer. The trailer doesn’t quite make the monetisation system the game will use very clear. However, it is safe to assume that skins and in-game resources will be available via microtransactions. 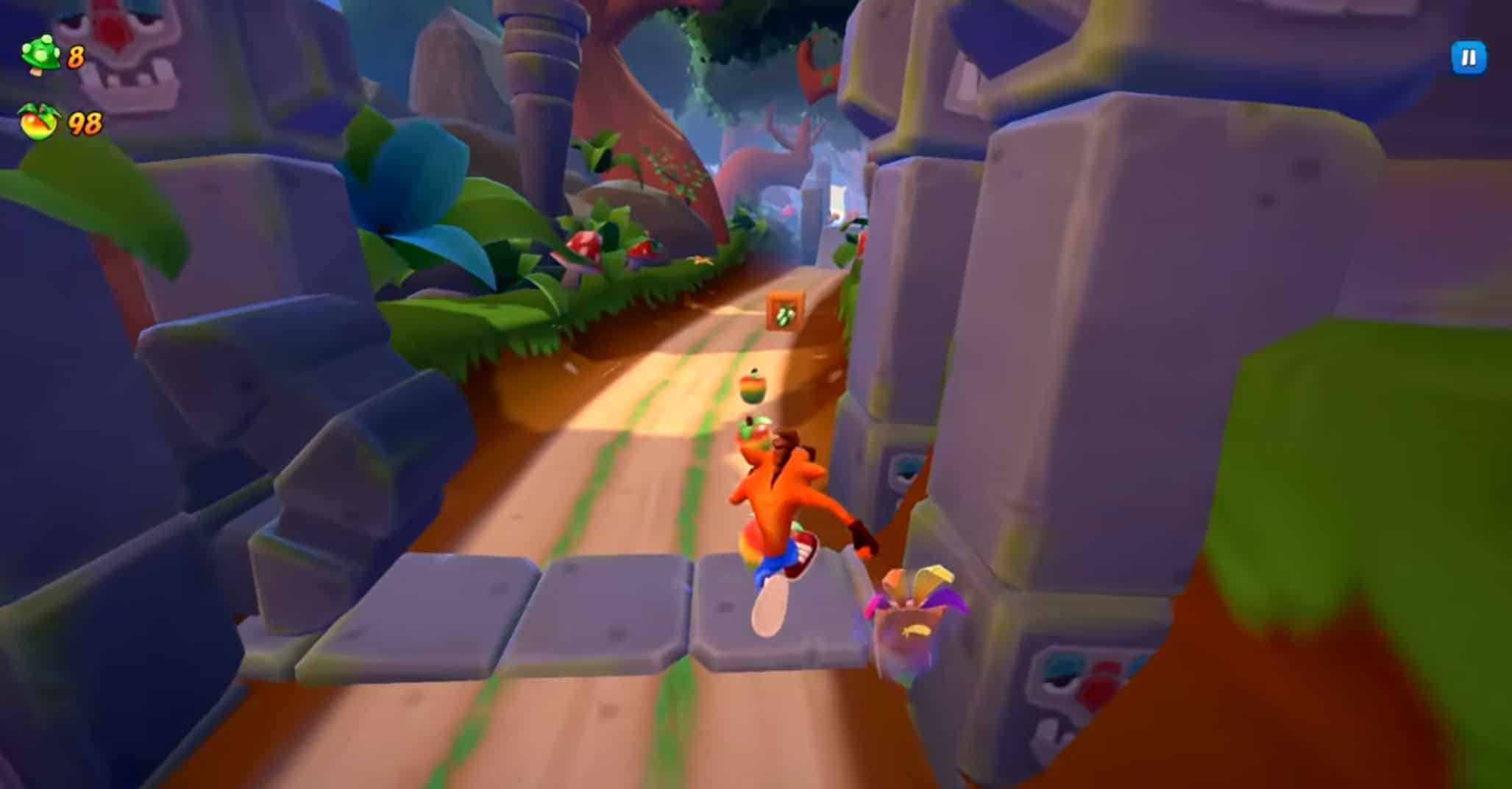 “We’re really excited to bring this well-known and much-loved franchise back to mobile,” said King vice president of game design Stephen Jarrett, in a press release. No official release date for Crash Bandicoot: On The Run has been confirmed as of yet. For anyone wanting more details on how the game plays, it soft-launched in some markets a few months ago, with gameplay footage released online.

Players can pre-register to gain some additional in-game rewards when the game officially launches. A new Crash mobile title is a nice little surprise for series fans. Hopefully it will be enough to tide them over until Crash Bandicoot: It’s About Time releases on October 2nd.