The last game in the series; Call of Pripyat released way back in 2009 for the PC, with the series having surprisingly long legs thanks in large part to a thriving and active modding community that continues to this day.

We didn’t get too much in the way of information for this new title, but we did get a pretty intriguing trailer to tease us fans just a little. There was slightly more information released in a post on the games official Facebook page though (see below). 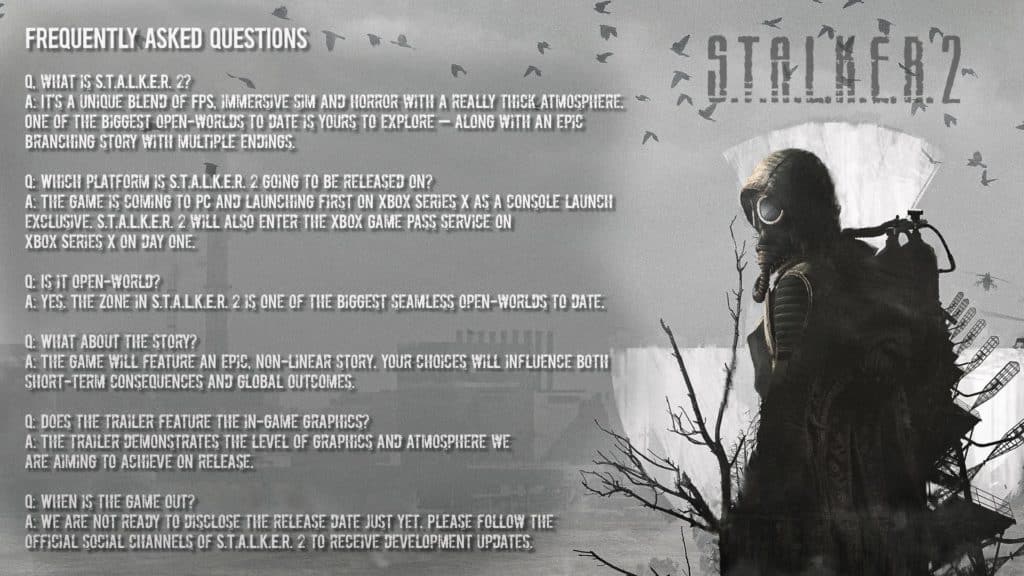 The scenery and graphics looked amazing, with the closing shot of a S.T.A.L.K.E.R. in classic gear. The trailer hints at a tense atmosphere complete with all your favourite S.T.A.L.K.E.R. features, so I’m looking forward to jumping back into The Zone.

This series has always been a PC exclusive, but this trailer indicates that the latest entry will be coming to the Xbox Series X along with the PC. A recent update also stated that the title will launch simultaneously on both platforms, and available day one on Xbox Game Pass for Xbox Series X players.

I have personally loved this franchise since it came out and it kicked off the wave of survival games that followed in its wake. There is no official release date for this title, but I wouldn’t be surprised if we have to wait until 2021 or 2022 until we actually get our hands on it.