In the PlayStation State of Play event, Crash Bandicoot 4: It’s About Time developers Toys for Bob have revealed some of the new features in Crash’s first all-new outing in over a decade. The developers hae announced their intention of “reintroducing longtime fans, as well as new players, to this amazing franchise”. These include new playable characters, special abilities, and new game modes.

Crash Bandicoot 4 will be the first Crash Bandicoot game developed from the ground up for current-generation platforms. As such, the visuals and animations have been greatly improved. No longer needing to remain faithful to cutscenes and animations from the original PlayStation games, Crash 4’s animations and visual design are influenced by the exaggerated cartoons that inspired Crash Bandicoot’s aesthetic from the very beginning. Crash Bandicoot 4’s gameplay will possess a mixture of old and new gameplay elements. While the precision platforming and box breaking are still present, new additions to Crash and Coco’s arsenal will also be included. Levels will include new ways of traversal, such as wall-running, rail-grinding and rope-swinging. It will be the same platforming gameplay fans remember, only greatly expanded.

Crash Bandicoot 4: It’s About Time will include many alternate skins for Crash and Coco. The developers emphasise that there will be no microtransactions, and that every skin is earned from completing in-game challenges and earning gems within levels. In addition to Crash and Coco, their nemeses Dr. Neo Cortex and Dingodile will also be playable for certain levels, each with exclusive abilities. 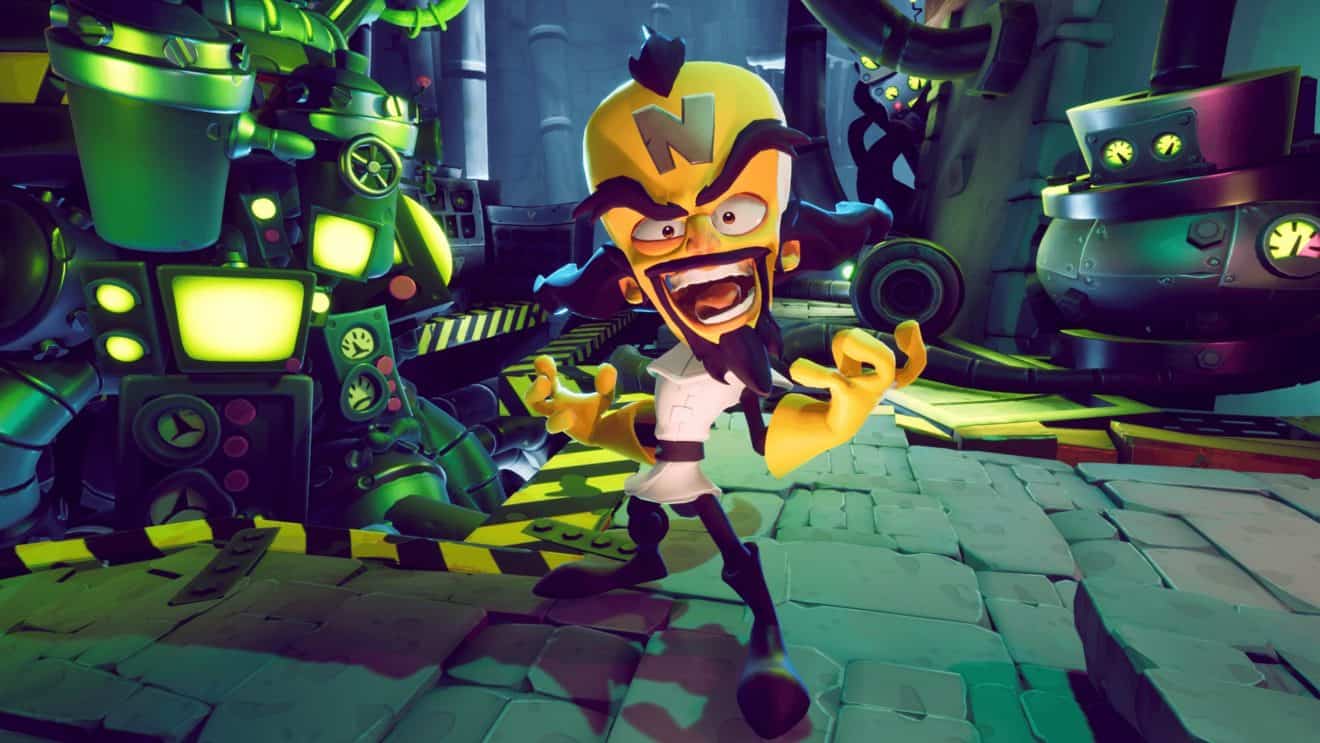 Another major new feature in Crash Bandicoot 4 is the Quantum Masks. These masks allow our heroes to manipulate their environments in a number of ways. These include slowing down time, reversing gravity and phase-shifting platforms in and out of existence. Crash Bandicoot 4 will also include Inverted Mode, a brand new style of play which expands upon the Time Trial modes of previous games. Not only is the level mirrored in Inverted Mode, but they are also rendered in several new art styles. These level variations including a neon style, a monochrome one where colour is added by breaking boxes, and one that evokes black-and-white movies, complete with a faster game speed to match the high frame rate of those movies.

It sounds like Toys for Bob have many plans for the latest new entry in the Crash Bandicoot franchise. While it seems familiar to anyone who has played Crash’s previous adventures, the developers are clearly looking to bring something new to the table with It’s About Time. Hopefully the first canonical follow-up to Crash Bandicoot 3: Warped will be worth the 22 year wait. Crash Bandicoot 4: It’s About Time will release for PC, PS4 and Xbox One on October 2nd.