Genshin Impact has reaffirmed its commitment to a PS4 release with a new trailer at Sony’s recent State of Play event. The Breath of the Wild inspired free to play open-world RPG had recently only announced a release for PC, Android, and iOS. This was despite the game being unveiled at Sony’s ChinaJoy event last year.

While the game does take quite a few design cues from Breath of The Wild, there are enough differences to set it apart. The game is based on a manga that developer MiHoYo has been publishing before development.  Genshin Impact will feature a large cast of playable characters, enormous sprawling cities, and online co-op.

There will also be one more feature BotW doesn’t have; microtransactions. The game will feature a “mature microtransactions design method in the current market” that will “bring a better experience for the gamers.” If this will only extend to skins and cosmetics or if it will include characters has yet to be seen. 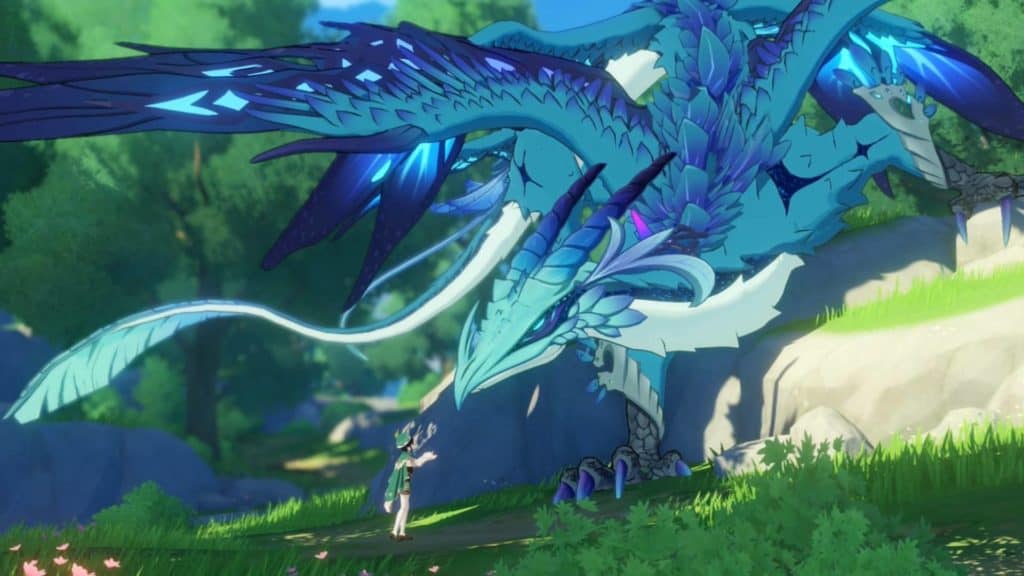 Those differences don’t detract from the eerie sense of déjà vu. From the cel-shaded graphics and sweeping vistas to the combat, cooking, and climbing; Genshin Impact look’s like it may be treading that fine line when it comes to homage. And a lot of people have taken notice. Reactions from last year’s ChinaJoy event last year were less than stellar. One fan even smashed their PS4 on the show floor.

When Mihoyo unveiled Genshin Impact for PS4, many noted the game was inspired by BOTW.

Some fans of BOTW are upset that Sony is promoting this game because of the similarities + they think it’s shameless of Sony.

This man smashed his PS4 at ChinaJoy in protest. pic.twitter.com/jwJqwREgaz

MiHoYo has said the game will hit PC, Android and iOS “before October”, with the PS4 version hitting consoles later this spring. While a release for both the Xbox One and Switch has been promised, there’s no date just yet.