Atari VCS console will use currency powered by Bitcoin

The Atari VCS, the upcoming console that is hoping to be legendary gaming company Atari’s return to glory, is finally due to release next month after a troubled development. It was first teased back in 2017, where CEO Fred Chesnais spoke about Atari’s efforts to get back into the hardware game. Its codename was ‘Ataribox’, reflecting its intention to be a mini-console of sorts that would provide access to 100+ classic Atari titles along with some new ones too. It’s experienced multiple delays, most recently due to COVID19. Just a month before its planned shipment date, Atari has revealed some slightly odd plans for cryptocurrency-based tokens that will allow consumers to purchase in-game content. They’re called Atari Tokens. 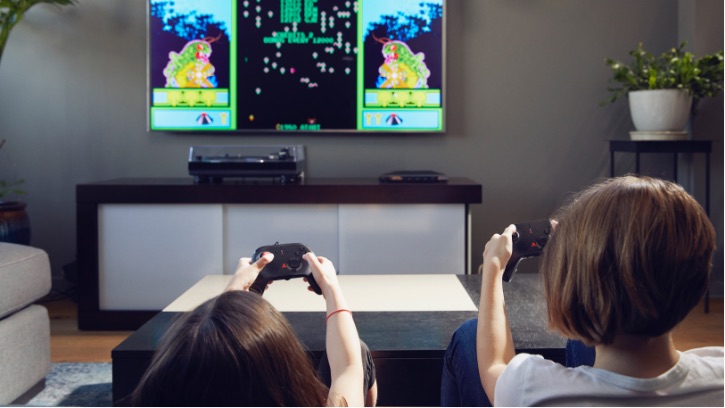 Starting from October 29, Bitcoin.com Exchange will be selling $1 Million worth of these Atari Tokens, at 0.25 cents each. As reported by Bloomberg, the tokens will allow consumers to buy content for the console, and Atari hopes that the tokens may also be used in the broader gaming ecosystem if the currency is well received enough. It seems as if Atari has been working with cryptocurrency for a while, as they are also developing a gaming stablecoin, a type of cryptocurrency that is less volatile than regular bitcoin. But CEO Chesnais says this stablecoin is not yet ready to launch.

The Atari VCS console was funded in 2017 via a successful IndieGoGo campaign, which drew in more than 3 Million USD from fans excited for Atari’s return to console development. But not everyone is convinced that this new console will be the success Atari is hoping for. The console market is notoriously difficult to break into, with the three giants – Nintendo, Sony, and Microsoft – having the market cornered on computing power, game library, and consumer loyalty. And with the major releases of the PS5 and Xbox Series right around the corner, it’s hard to imagine many gamers will drop the Atari VCS’ hefty asking price of $699 AUD. Atari seems confident that the console will be enough of a nostalgic draw to be a success, but our analysis of the IndiGoGo campaign in 2018 left us dubious about its potential.

The console is expected to ship to its backers sometime next month. Preordering is still available through some Australian retailers, but there’s no firm release date as of yet.