As part of our time with the Xbox Series X over the last couple of weeks, one of the games we’ve had the pleasure of getting stuck into all over again is Gears Tactics.

Originally released on PC back on April 28th 2020, it’s understandable that you’d think this isn’t a launch title to get excited about. However, the I’d argue that the game runs best on the Xbox Series X, complete with well thought-out controller shortcuts that other turn-based tactics games could learn a thing or two about.

For those who don’t know, Gears Tactics takes the world of Gears, known for its third-person cover based shooter combat, and give it the XCOM treatment, trading hardcore speed and moment-to-moment gunplay with a more tactical, turn-based approach. It suits the franchise incredibly well, and with several Gears games already in existence, the lore, enemies, weapons and environments are already there to set the stage to make a magnificent spin-off.

In their review earlier this year, Lise said:

“As a strategy game, Gears Tactics not only stands strong, but isn’t afraid to innovate within the genre. I was struck by the level of detail in the core mechanics, which in my eyes proved a deep level of understanding of the genre on the developers’ part. Rather than just tick the basic boxes of the classic strategy game formula, Gears Tactics isn’t afraid to push the boundaries. It successfully offers players a gameplay experience that feels original within the genre and fits in seamlessly with the broader Gears of War look and feel. For a franchise known for a very different style, this certainly is an impressive achievement.”

I played Gears Tactics myself on a beefy gaming laptop of my own, but the Xbox Series X optimised version is a huge improvement. Gears Tactics gets scaling technical benefits, depending on the console on which you play it. On the Xbox Series X, the game runs in 4K resolution and at 60fps. (Even on the Xbox One X, which the game will also be available, you can choose to play in 4K at 30fps or at 1440p running 60fps.) Given the slower style of gameplay associated with the genre and the camera being further back than the third-person perspective, you might not notice the benefits straight away, but the game still looks and feels incredibly sharp. Character movement and just generally navigating the map is also incredibly slick with the higher frame-rate. It’s smooth as butter.

Not only are the enhancements impressive, but there are other additions to the campaign as well, with new characters, new enemies and more loot to be collected. Jack (the flying cloaked robot from the main franchise) also joins your team as well, which helps to add more offense and defense to your squad, while making this Gears fanboy smile big. Missions have been redesigned to account for the fact that you have an extra helper on the team though, so don’t think of it as an “easy mode”. The classic mode is still enjoyable for sure, but it’s wonderful to see this addition to the release just a few months after it launched, and makes it a tantalising reason to return for another playthrough now. 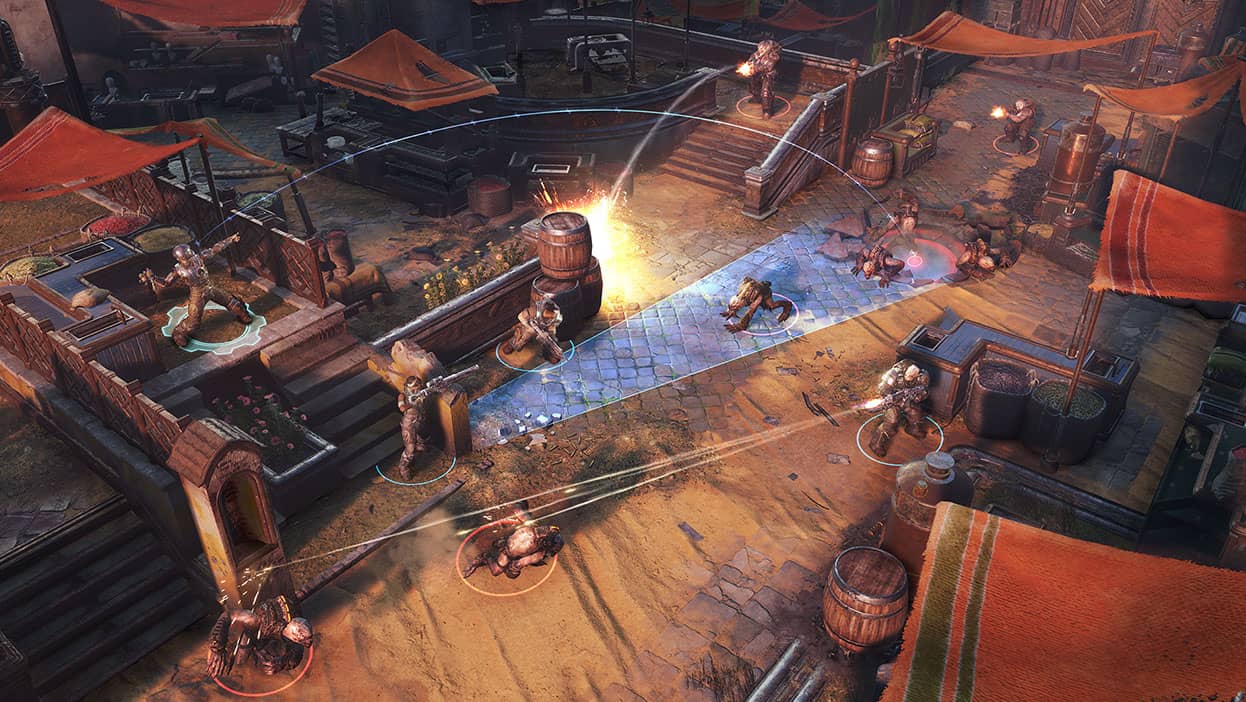 At the start of a new game, you can choose between playing the Jacked campaign with the new features or a Classic campaign. I’ve been playing the new campaign and enjoying it so far, so it’s absolutely a good reason to go back. Xbox Series X may not have a game that can only be played on the Xbox Series X on launch day, but it does have one of the strongest tactics games to release in recent memory, complete with a fresh coat of paint to make it run and look better than it did before. They’ve also really thought about the Xbox controller; many would argue this genre suits a mouse and keyboard better, but they’ve done an excellent job of thinking about how the controller works and making the game feel truly excellent on console.

Don’t sleep on Gears Tactics. It’s part of Xbox Game Pass and, being available on the Xbox Series X from day one, is a great opportunity to test out your shiny new console.