Super Meat Boy Forever is releasing in 2020 after all

Surprise! Super Meat Boy Forever is coming out in 2020 after all. Double surprise! The long awaited frenetic platformer game is releasing in less than two weeks, just before Christmas. This announcement, like many others this week, came out of the 2020 Game Awards. We’ve attached the wicked trailer for you below.

Super Meat Boy Forever is a game that has been in the works in some form for an unbelievably long amount of time. The original entry released, if you can believe it, a decade ago. It was a challenging platformer that saw characters control a fleshy character put into some difficult and tense platforming segments to save their partner, Bandage Girl.

Since then, work by Team Meat began in 2011 to create a mobile spin-off the game, titled Super Meat Boy: The Game. Announced in 2014 and due for 2015, the game soon disappeared before it resurfaced under its new (and current) name, marketed as a fully-fledged sequel. Then due last year, only to be delayed to “sometime before September 2020,” we now have the closest look ever, with a now very firm release date. 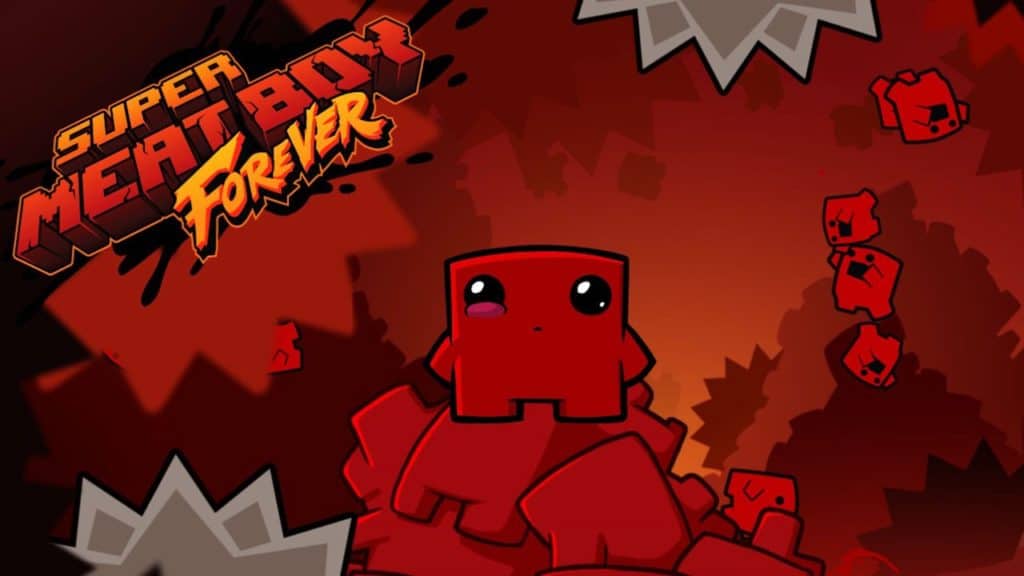 Now, after taking literally forever, Super Meat Boy Forever has the very close release date of December 23rd. It’s due for release on the Epic Games Store with a “ridiculously hard” DLC and level editor to follow soon after. Merry bloody Christmas.