Monster Jam Steel Titans 2 crushing cars near you in March

THQ Nordic have announced that Monster Jam Steel Titans 2 is on its way to consoles and PC on March 2. One could possibly argue that Monster Trucks are past their 1980’s prime but they do still have a loyal following and draw big crowds all over the world.

Some of the more well known trucks such as BIGFOOT left the Monster Jam circuit a number of years ago but there are still plenty of legends around crushing cars and wowing audiences just like they did all those decades ago. I remember playing Monster Truck Madness and its sequel way back in the 90s on my Windows 95 PC and they were awesome; even the N64 port was pretty playable in my opinion. Could this capture the essence of what made those titles fun?

Monster Jam Steel Titans 2 features five large worlds to explore, online multiplayer and 38 unique trucks covering both the current roster and some legends such as Gravedigger. It’s been a while since I played a Monster Truck game but this one reminds me of those classic PC games; believe it or not it is actually a lot of fun jumping hills and crushing cars. Those old Monster Truck games were some of the first open world racing games ever made so the genre still has its well-earned place amongst other racers.

Developers THQ Nordic say that Monster Jam Steel Titans 2 “promises endless exploration and discovery for players”, which is a pretty big call. But from a game mode perspective it features stadiums, head to head races – and my favourite – waypoint competitions. Some of the game worlds will be inspired by the real life trucks, so it looks like ‘realism’ is going out the door, which is a good thing in my opinion. Now we just need a DLC of those old WCW/NWO trucks so I can race as Hollywood Hogan again and we are set. 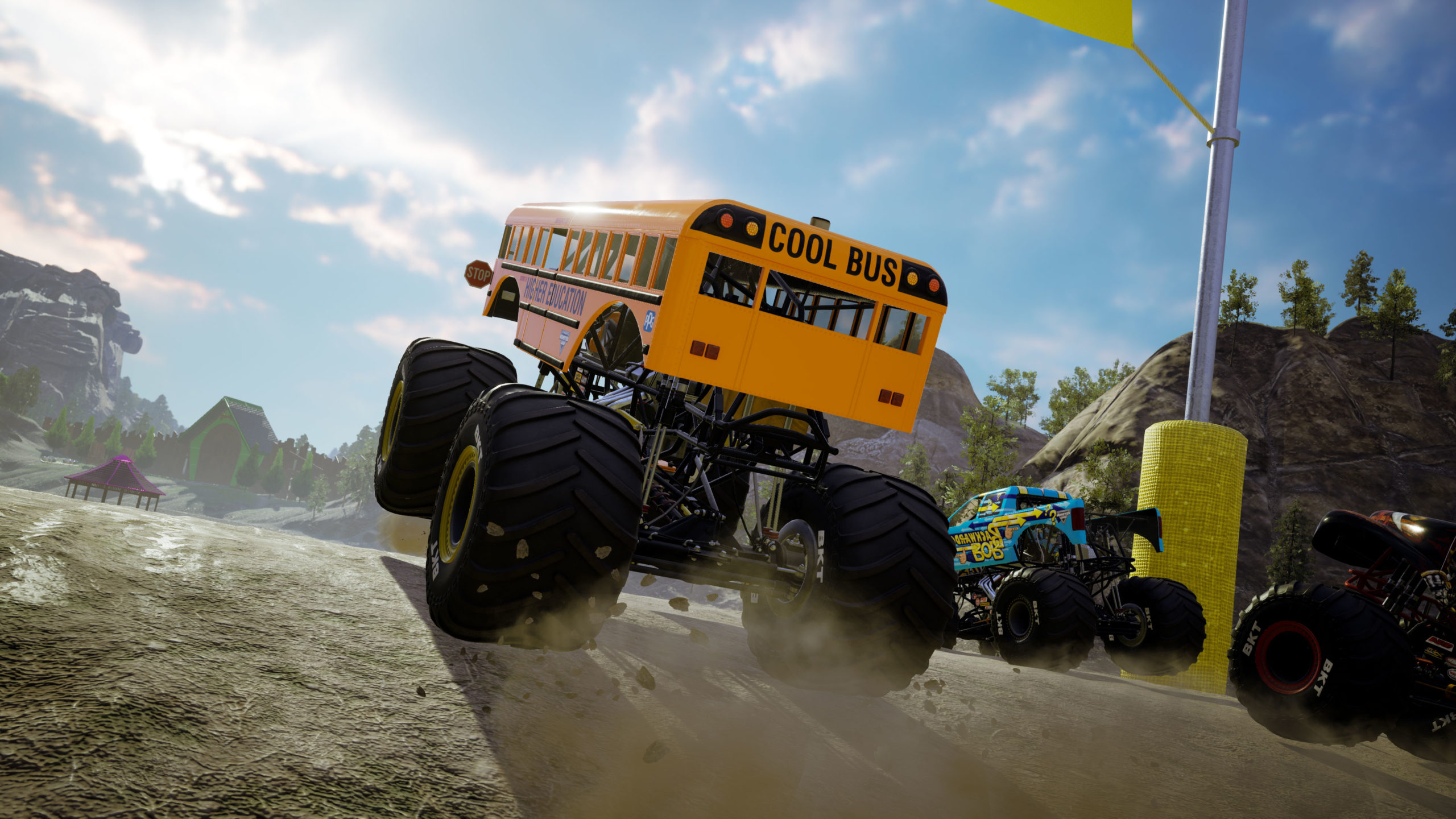 I think the world needs another Monster Truck game and Monster Jam Steel Titans 2 could be just the ticket. If you have had enough of all those racing ‘simulators’ spending hours setting up cars and driving round in circles, keep an eye out for this one when it drops in March. Let the carnage begin.