Project: Mara from Ninja Theory is set in an ultra realistic apartment

A year ago Hellblade: Senua’s Sacrifice developers Ninja Theory announced Project: Mara. In its reveal trailer, the game looked to follow its prior trademark title in creating deep and realistic depictions of mental health. One year on and we finally have another look at Project: Mara. This time, it’s a tease of the incredible tech and design the game will use.

In the four-minute dev diary video provided above, we learn the game is taking place solely in one apartment. Even more intriguing is that this apartment exists in the real world. The job the artists and environment designers must do? Recreate the apartment as to a tee as possible. “Project Mara is quite a special project for us because although it is quite a concise project we’re attempting to do lots of things we’ve never attempted before. And one of those things is capture reality obsessively,” says Chief Creative Tameem Antoniades.

In order to best recreate the apartment, the team gathered a bunch of material samples from the apartment, be it wood, carpet or wallpaper. Then, the materials are captured under a variety of different types of light so that the team has a good idea of the granular aspects of a material, as well as how light reflects off of them. From there, these images were scanned and they were able to generate ‘procedural shaders.’ From it, they’ve managed to create wicked results, such as the eerily accurate reflection of a stove as below. 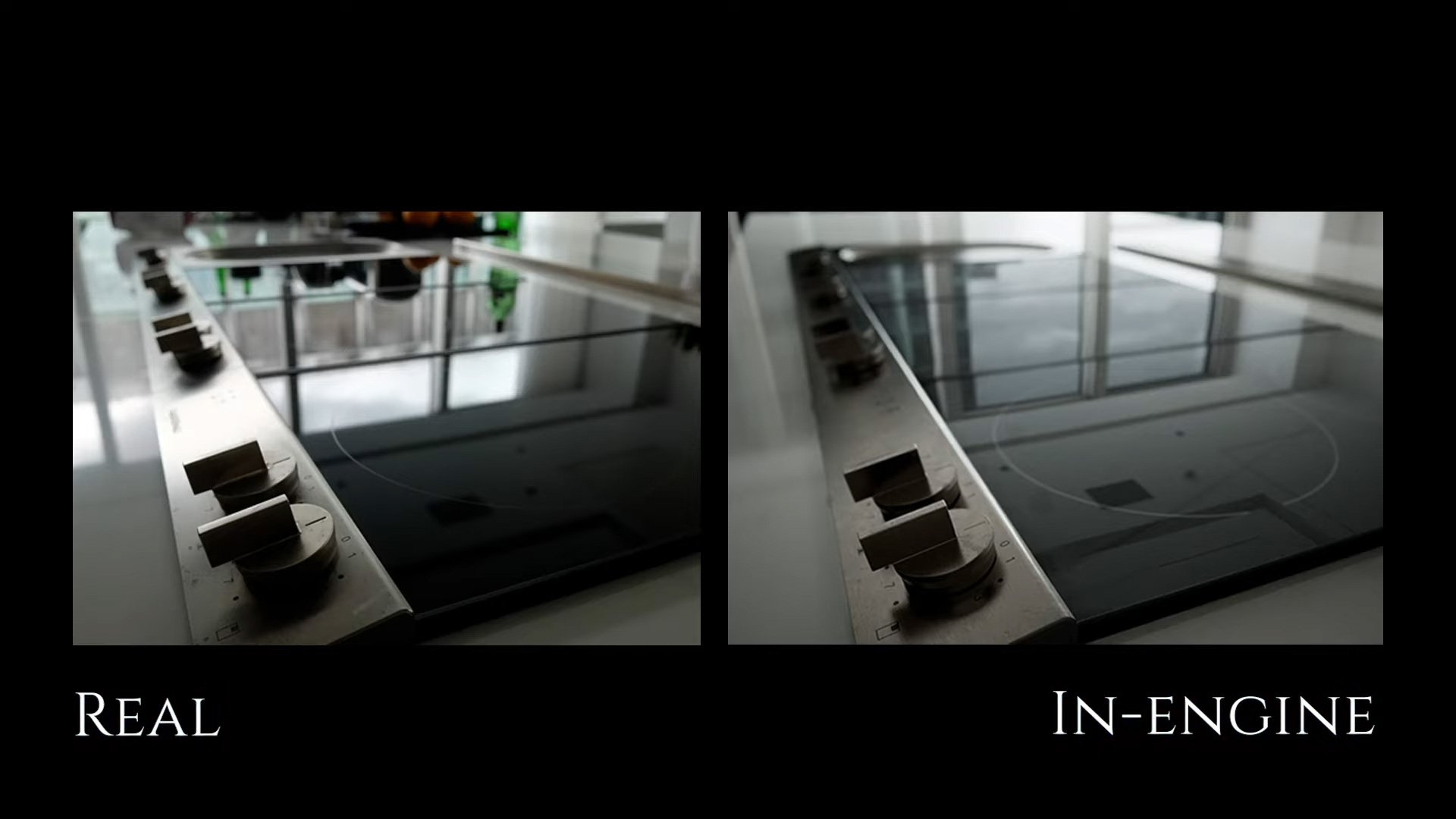 The other challenge that Ninja Theory had to overcome was realistically recreating the dimensions of the apartment. They enlisted Clear Angle Studio’s help, a company experts in 3D Scanning. This team then spent a whole day scanning the apartment with a lidar scanner and henceforth got impressive reference results to then work from.

Now, Ninja Theory are just hard at work using more and more procedural tools to recreate the apartment for Project: Mara. The team have had to go down to a minuscule level. Really, that’s how you get such realistic reflective surfaces, and even see the grains in wood, carpet and the likes.

It really appears the team are going above and beyond for Project: Mara. Stay tuned for this exciting project.