Everyone’s favourite Hedgehog is returning, kind of. Sega have gone and done it. They’ve added their staple blue hero Sonic the Hedgehog into recent puzzle game Puyo Puyo Tetris 2.Both the puzzle adventure and the Sonic series are created by the Team Sonic division of Sega, so why the hell not? It was only a matter of time.

The free update available now, adds a fair few additions to the puzzle mashup game. New challengers have been adding to the game along with Sonic, including Lidelle, Ms. Accord and the Ocean Prince. The sweet jam from Sonic Colors known as Tropical Resort Act 1 has been added to the soundtrack, along with three other songs and up to 20 new icon avatars to flash around. Shadow, Knuckles, Amy, Tails and Eggman are just some of the sighted avatars in the above video. Fittingly, we also see Sonic even shift some Puyo’s from green to his trademark blue. Puyo Puyo Tetris 2 is Sonic’s world now, baby!

The other big addition the update brings is a new online co-op boss raid mode. This takes place in the already difficult context of the Skill Battles that Puyo Puyo Tetris 2 has on offer. Now, it appears teams must work together to whittle down the health of individual opposing team members, not just the one health bar. 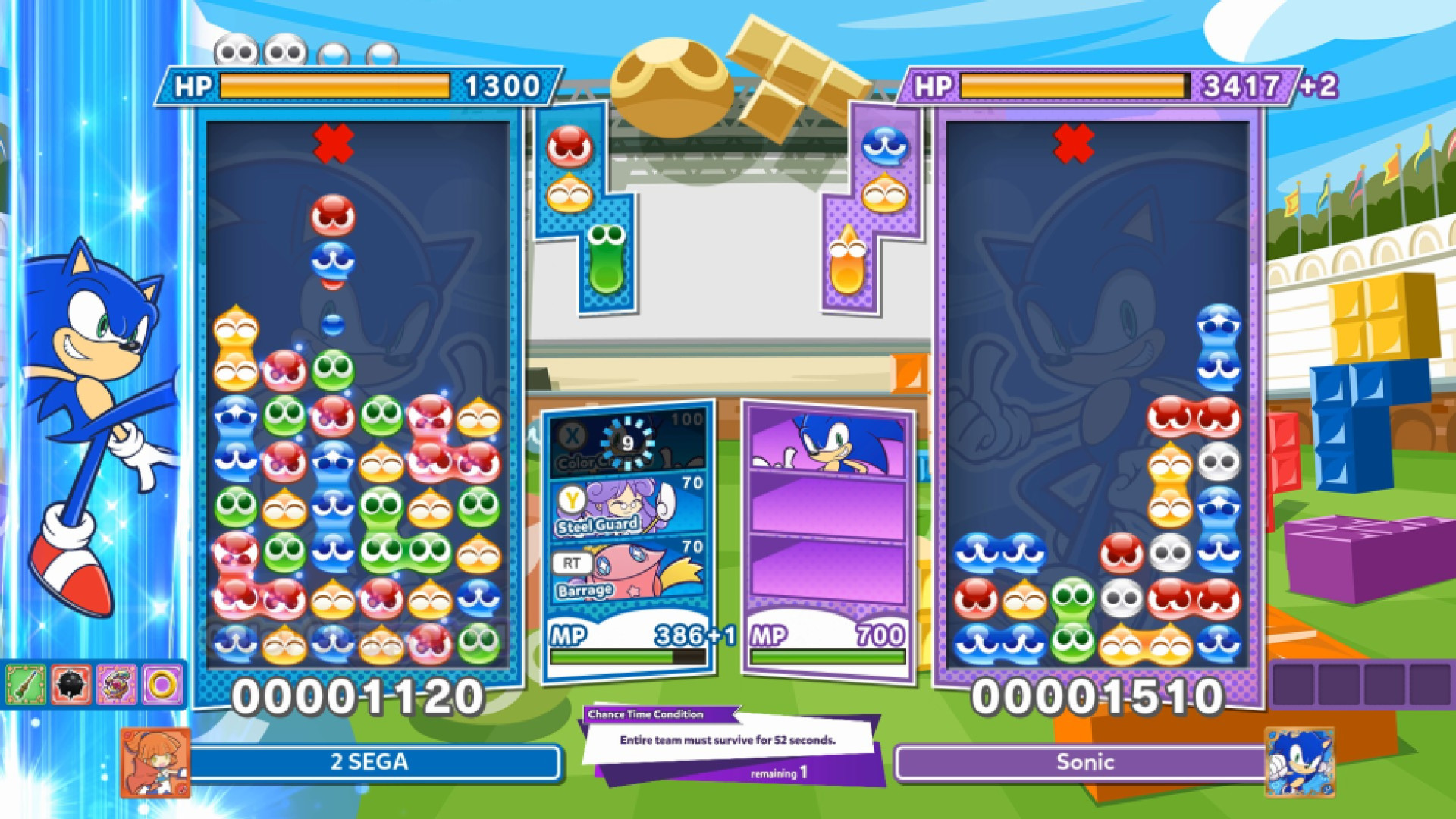 There you have it. Players can jump into this free content update of Puyo Puyo Tetris 2 now. See for yourself the wonderful blue Hedgehog in all his row clearing glory. Gotta go fast!