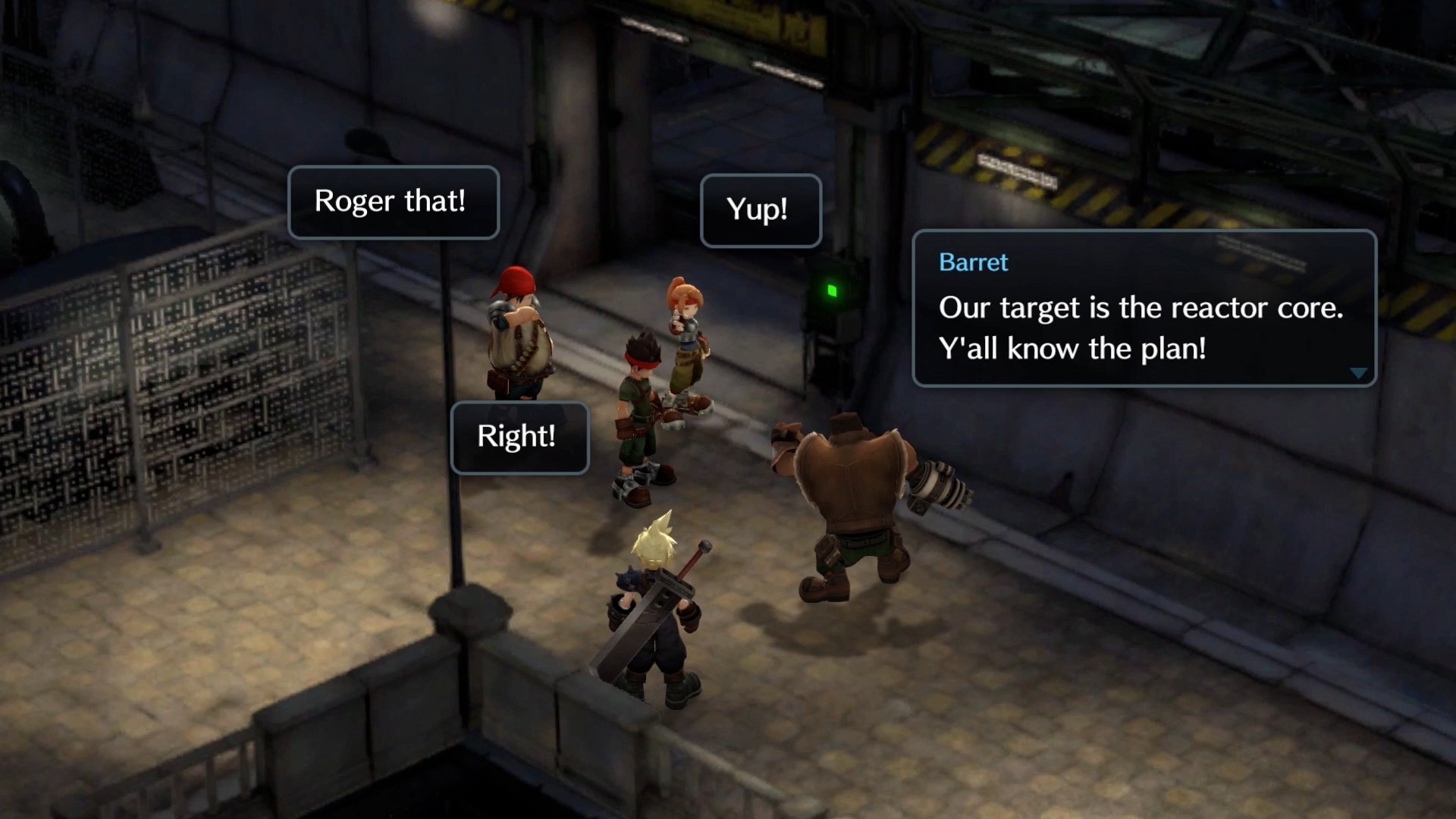 Let’s break this down and start with Ever Crisis. This is quite the ambitious title and (somehow) features all of the FF VII compilation in one package. For those playing at home that includes the original Final Fantasy VII, the movie Advent Children (now somehow translated to a game), Before Crisis, Crisis Core and Dirge of Cerberus. That’s quite the loaded remade collection. Especially when you consider Before Crisis has never seen a Western release.

These remakes are somewhere in-between ports of the original and the proper recent remake. Visual novel style dialogue boxes make up dialogue and the game sports more Chibi style models rather than the chunky, polygon fashion of past. That’s due sometime in 2022. It’s not yet clear how they’ll fit all these titles into the games and if they’ll be fully in depth or just abridged. This also sort of means Final Fantasy VII has been remade two times now. Wild. Square Enix looks to have an interesting feat ahead of them in that one.

Now comes The First Soldier and this is also a headscratcher. Largely because this game is a mobile battle royale game. No, we’re not kidding. This game is set before the events of the original FF VII and will pit players against each other in the world of Midgar, gunning down to be the number one remaining Soldier. Kind of goes against the name of the very same game, doesn’t it Enix? Regardless, The First Soldier is due sometime later this year. Have fun downing some players weaker than you in the church where Cloud meets Aerith.

There you have it. Ready or not, we have two new mobile entries into the Final Fantasy VII universe. Both of them purpose as both ambitious and entirely head scratching in nature. Will you revisit Midgar in mobile form?