Microsoft Store to reduce its revenue share from online purchases

Microsoft has made a big move in the PC game online storefront wars by reducing the cut it takes from purchases from the Microsoft Store from 30% to just 12%. This puts it in line with the Epic Games Store, which also takes a smaller cut compared to Valve’s Steam storefront.

The move to provide developers with a bigger revenue cut was announced on Microsoft’s blog. “Game developers are at the heart of bringing great games to our players, and we want them to find success on our platforms,” says Matt Booty, head of Xbox Game Studios at Microsoft. “A clear, no-strings-attached revenue share means developers can bring more games to more players and find greater commercial success from doing so.” The change in revenue share will take effect on August 1, 2021.

Notably, this new revenue model only impacts PC game purchases via the Microsoft Store, not digital console game purchases. This puts further pressure on Valve, considering Epic Games’ smaller revenue cut has been a big influence in developers signing timed exclusivity deals with the rival storefront. Valve has increased developer revenue share in recent years, but only games that make $10 million or more in revenue. Naturally, this disadvantages smaller developers, whose games are not going to make that kind of money. The Google Play Store and Apple’s App Store go the opposite route, taking only a 15% cut for the first $1 million of sales per year. 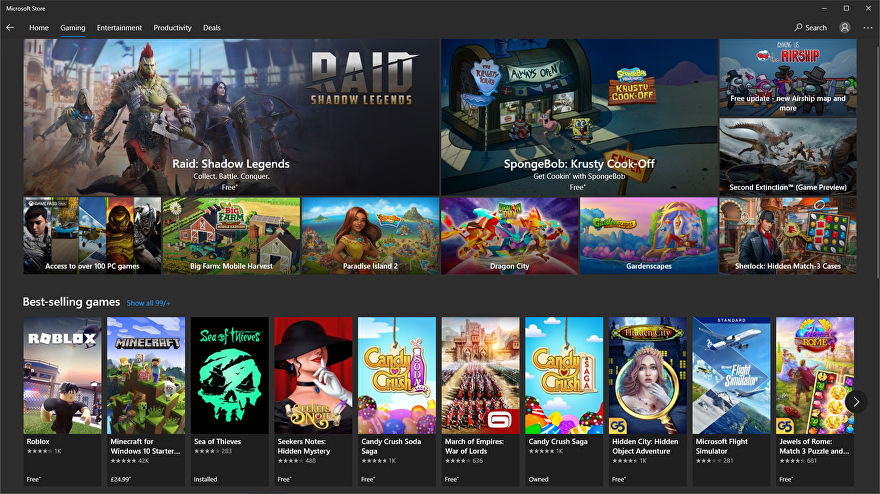 Interestingly, a recent State of the Industry Survey indicated that a significant majority of developers do not feel that the large cuts taken by storefronts are justified. Only 3% of the 3,000 developers surveyed described the 30/70 revenue split by Steam as fair. This figure is down from 6% in 2020, where the revenue cut was only marginally less unpopular. This move by Microsoft puts further pressure on the other digital distributors to implement policies that developers consider financially equitable.

In addition to these changes, Microsoft has recently announced other big plans in motion for the Microsoft Store. These include a major planned user interface overhaul, with more fluid animations and new layouts. Another big shift is allowing developers to submit more kinds of applications onto the store. This potentially includes third-party commerce apps, which would be a significant change considering the smaller storefront cut of revenue.

“We know that we still have a lot of work to do, but based on the response from both PC gamers and PC game developers, we think that we’re headed in the right direction for this community with the investments we’re making,” concludes Booty in the blog article. He also teases big changes coming in the second half of 2021, “when our work across the entire PC ecosystem has the potential to come together in a way that propels the industry forward and brings great games to more gamers around the world.”