A partnership between Bethesda ANZ and Melbourne Hot Sauce means a new, real-world hot sauce is soon to be available for Aussies to try. Dubbed ‘Hot Sauce of Oblivion’, this collaborative creation has been made to celebrate the launch of The Elder Scrolls Online’s latest expansion, Blackwood.

Blackwood has just launched onto PC with its console release following soon on June 8. The expansion is part of the Gates of Oblivion adventure, where the Daedric Prince of Destruction, Mehrunes Dagon, returns as the great evil. As the Prince of Destruction, he is associated with natural dangers such as fire and earthquakes. I suppose the hot sauce comparison isn’t too far off base then! 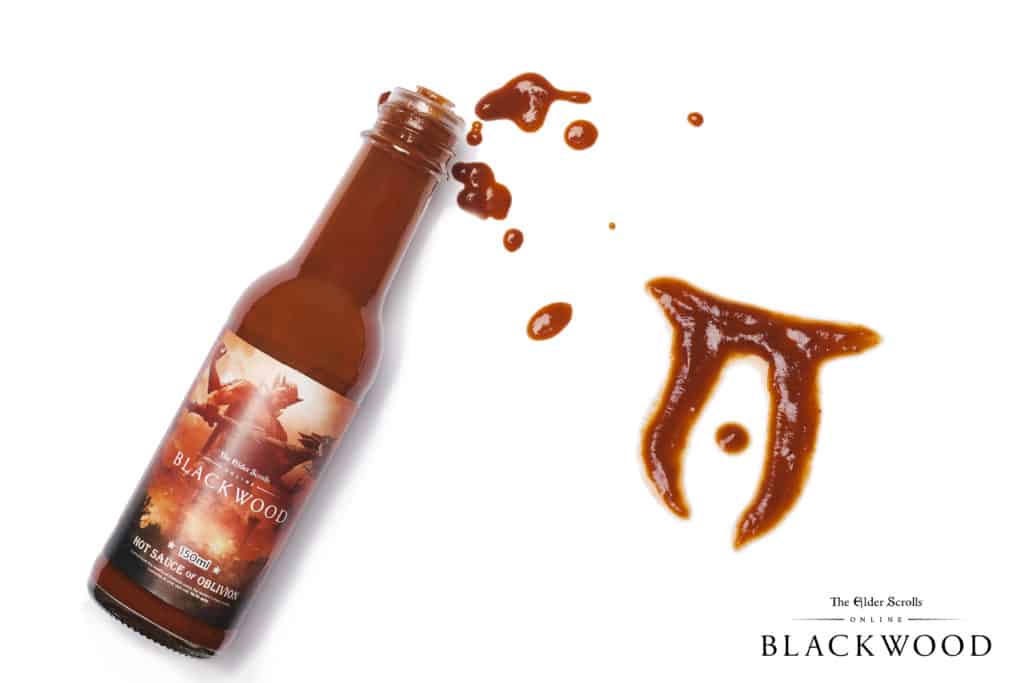 As for the hot sauce itself, it will be available for a limited time only and said to have a heat measuring 600,000 Scoville’s. Whilst I’m not a Scoville expert myself, I’m told that the sauce “rivals the heat of the Gates of Oblivion and should only be consumed by the bravest of heroes.”

Those in Sydney can try the hot sauce for themselves at Wings & Tins Sydney whilst the rest of us are able to win some of the ESO branded spicy goodness. Simply visit the Bethesda ANZ social media pages to find out more about the competition.

Would you eat an Elder Scrolls hot sauce?