A new lawsuit filed against Capcom has accused the publisher of using unlicensed copyrighted work in multiple games, including Resident Evil 4 and Devil May Cry. Filed on Friday in Connecticut, photographer Judy A. Juracek’s lawsuit has claimed Capcom stole images from her 1996 book Surfaces, a collection of photographs of various textures. The book came with a CD disk containing HD versions of the textures for personal use only, but that a commercial license was required if the textures were to be used for commercial products. Allegedly, Capcom did not approach her for such a license but used her images in their games anyway.

Juracek points to more than 200 instances where she says her work was used in Capcom’s games. The below image on the right, she says, was a photograph taken by her of a mansion in Rhode Island. In the lawsuit, she claims that the mansion is closed to the public and therefore it is unlikely that Capcom took the photo themselves. 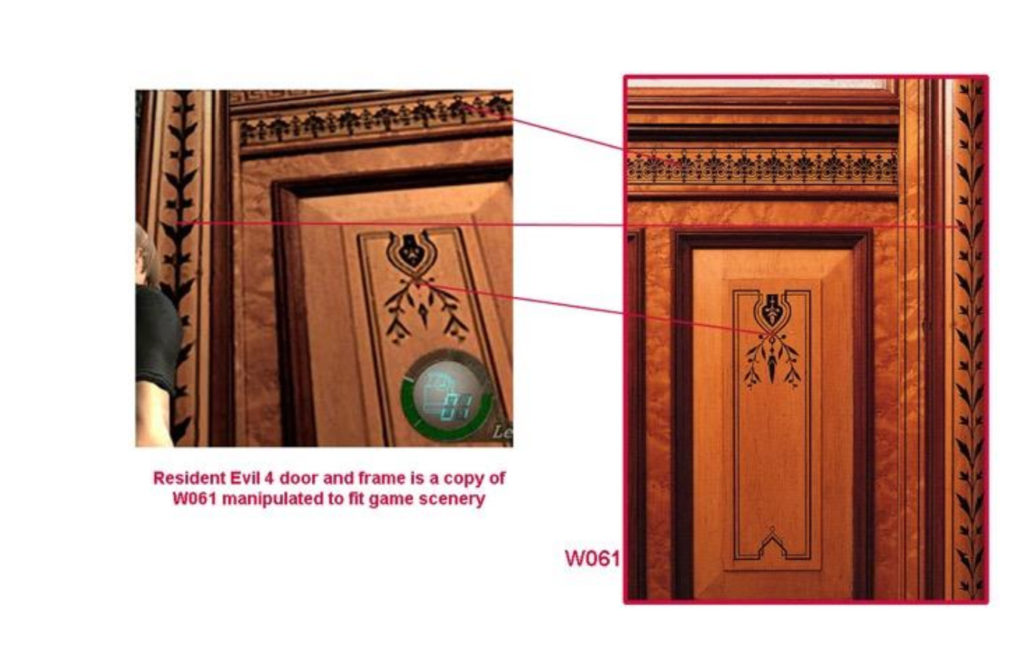 In another example, Jurack says that the file names for at least one of the textures used from her book matches exactly with a similar texture leaked as part of a data breach Capcom suffered in 2020. Included in the information that was leaked were employee data, Campom’s future plans for Resident Evil, and multiple high-resolution images of textures used in Capcom’s games. The file Jurack points to is labelled as “ME009” in both the CD included with her book and Capcom’s leaked files. 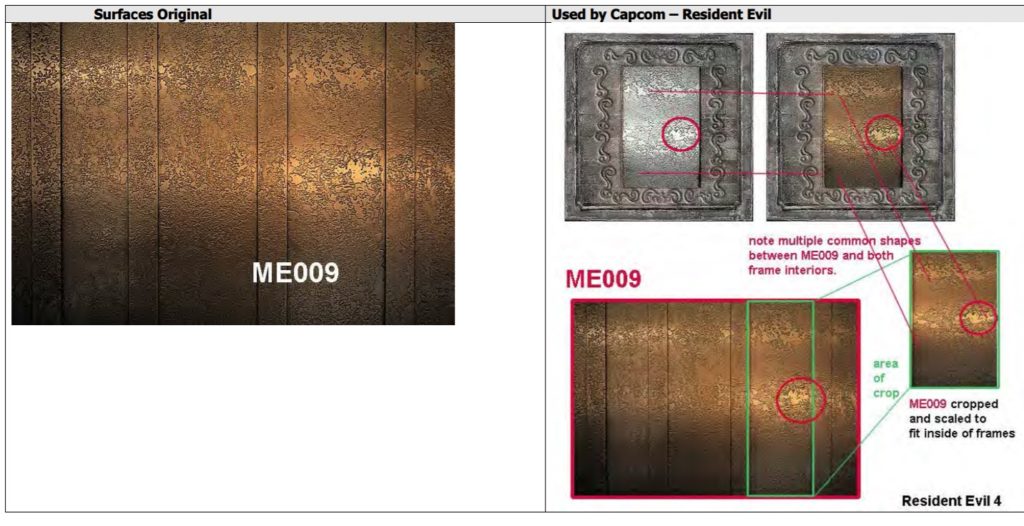 Jurack is seeking $12 million in damages, as well as $2,500 to $25,000 for each of her photographs that were used without permission. Capcom has not yet commented on the allegations.

The publisher has already seen another recent allegation of copyright infringement, concerning a monster design seen in Resident Evil: Village. In that case, fans of the horror film Frankenstein’s Army, Richard Raaphorst, was alerted by fans that a monster in Capcom’s game looked a little too similar that appeared in his 2013 movie. At the time of writing Capcom has not commended on these allegations either.