Prepare yourself raiders! Phantom Abyss is coming late this month. It’s out June 22 on Steam early access and it’s promising to take players to the depths of challenging procedurally generated temples. Players will have to bring their cunning for this one if they have any hope of finding a sacred relic within. It’s also made by an Australian developer. Take a look at the game below!

“Phantom Abyss is a massive asynchronous multiplayer game that casts players into procedurally-generated temples and tasks them with retrieving the sacred relics hidden within deadly chambers.”

For those like myself who have no idea what asynchronous means let me explain it since I googled it and was still confused. Phantom Abyss lets you play in temples with 20 other players but you’re not playing the temple all at the same time. This means players are out of sync with each other. Meanwhile, synchronous is almost all other live online multiplayer games where lobbies are all real people or bots.

Think of it like playing Mariokart against the in-game ghosts in timed trials except Phantom Abyss is like a tomb raider version of the game mode. This means that loading online multiplayer lobbies will never be an issue since! 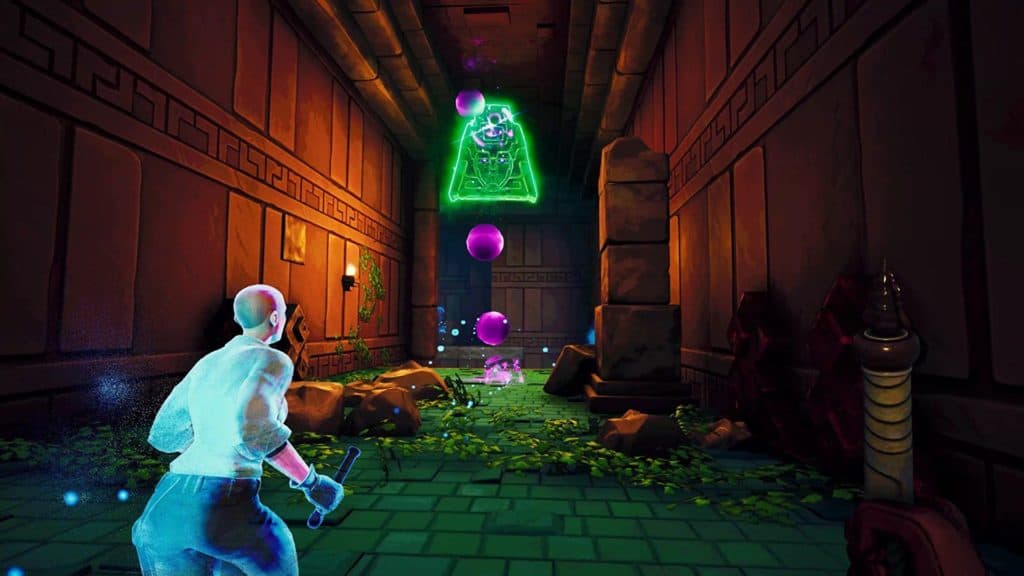 I love anything procedural so this already has me itching to test my skills in the randomly generated tombs. Australian developer Team WIBY promises that once players will only have one chance to complete each temple. This means players will never see the same tomb twice! Wild stuff. There are even some rogue-like elements that will give players new abilities when they obtain collected treasures on runs.

It feels like a lot this game will involve how the game’s traps work. Players will also be able to unlock deeper floors. Be warned, the tombs get more treacherous the deeper you go into the abyss.

I hope I asynchronously see you in the tombs on June 22nd!