Last December, Xbox, LeBron James, and Bugs Bunny invited real-life game fans to submit their ideas for a Space Jam: A New Legacy-inspired video game. Set to be reminiscent of games from the 90s, it’s set to be an arcade beat ’em up featuring characters from the film, including Bugs Bunny, Lola Bunny and the newest member of the Tune Squad, LeBron James.

“A rogue artificial intelligence named Al G. Rhythm has trapped our heroes inside the Warner Bros. server, with little chance of escape. The Tune Squad must fight their way through a virtual army of Al G.’s creation while also searching for four pieces of “Legacy Code” that will allow them access to the nefarious villain’s secret location.” says the blog post.

It’s sort of surprising they didn’t do a basketball game, but it still looks to be a fun time anyway!

“Our team is mainly composed of game industry veterans who grew up when arcades were flourishing. That era of gaming is a constant reminder of some of the happiest times in our lives” says Stephen Frost, Executive Producer, Digital Eclipse. “That feeling of joy—along with the incredible Looney Tunes IP and of course a basketball icon like LeBron—is what drove us to try and capture the magic of those days and the spirit of games popular during that time. We wanted to bring a taste of that to modern gamers, especially those who never got to experience the days of arcades, while also reigniting a sense of nostalgia.”

Along with the game itself, three seriously cool controller designs have been created; Tune Squad, featuring one of Bug Bunny’s favourite colours – Carrot Orange, Goon Squad, for if you’re feeling like a super cyber-baller, and Serververse, allowing you to step into the Warner 3000 entertainment “Serververse” with a new design. Only one of these controllers will be available for purchase in Australia – and don’t worry, it’s actually the best one… Tune Squad! This exclusive Xbox Wireless Controller inspired by the Tune Squad will be available for retail purchase on July 9 for $99.99 AUD at the Microsoft Store. Check it out. 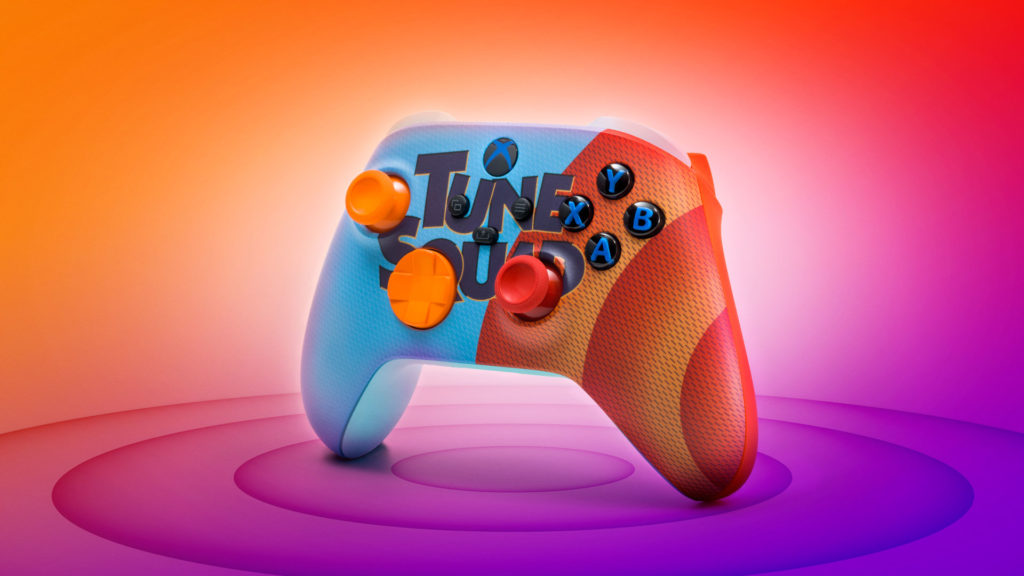