Get ready to test your skills in this one. Set for release later this year from the makers of Steep, Riders Republic is a test of endurance that will have players taking the scenic route. It’s an adrenaline-pumping gear-busting multiplayer racer that will throw you into some breakneck races. Check the action out below!

Riders Republic is going to be releasing September 2nd and players can jump to the website to sign up for an upcoming beta test, now. Sadly, the game got delayed from its release earlier this year. It’s good to know it will still be out this year and I’m glad the developers got the extra time they needed it.

The open-world is looking even better than when we last saw it in Ubisoft Forwards 2020 lineup. It features all environments from the snowy mountains to the arid cliffs it’s got it all. Players will race through a selection of iconic US national parks. It’s awesome to see racing games that give players the opportunity to explore places they might have been in a new and intense way. 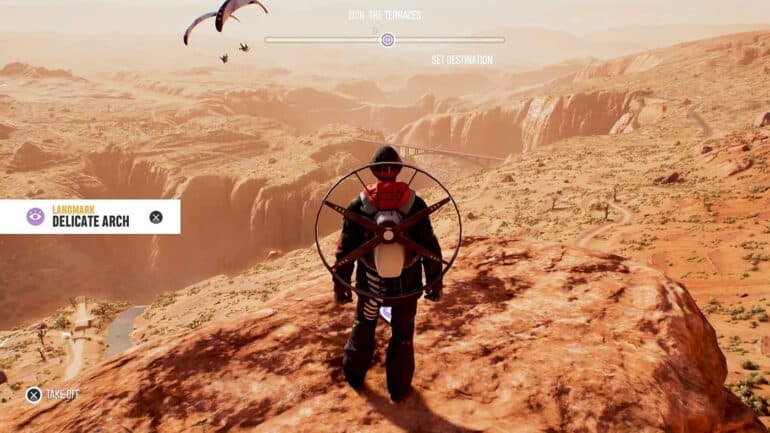 It’s going to feature an assortment of game modes and will feature races with as many as 50 players. When not racing, players will gather at a hub area where they can meet other players, manage their career, and adjust their assortment of vehicles including bikes, snowboards, motorbikes, ski’s and wingsuits so there’s sure to be something for everyone.

I can’t wait for Riders Republic to get my adrenaline pumping!