SEGA’s Astro City Mini is a solid little console for sure, a 1/6 scale true reproduction of the original arcade cabinet pre-loaded with 37 Classic SEGA Arcade games. But getting one has been a little bit tricky unless you were able to nab one from Japan or via the Limited Games release a few months ago.

The good news is that Just For Games and Sega Toys have now released the console and its accessories in Europe. So if you have not been able to get your hands on one yet, here is your chance. Not only that but more official releases should help keep auction site resale prices in check. 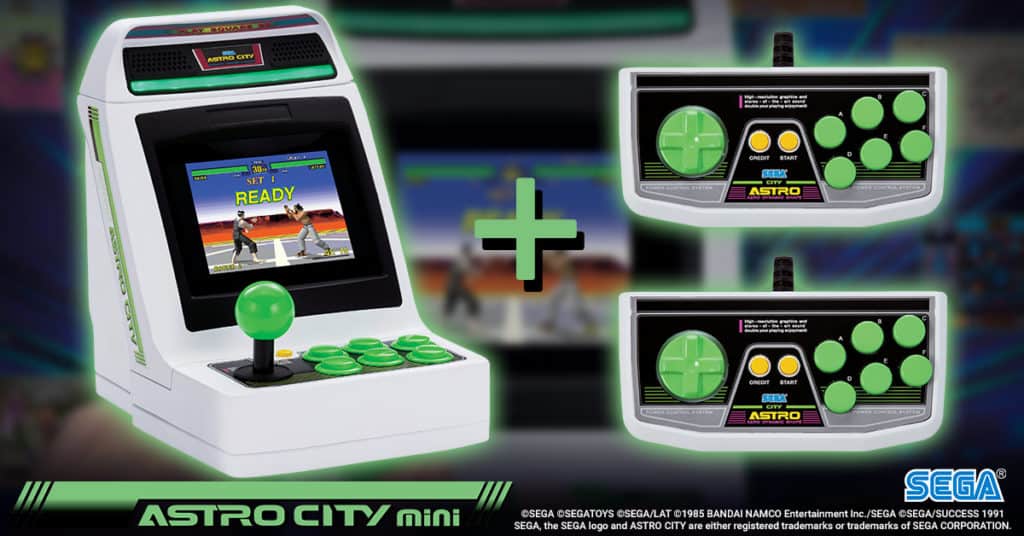 The Astro City Mini was released by SEGA to celebrate the company’s 60th Anniversary. It is a small scale reproduction of the original cabinet which was a huge success in Japan. It can be played via the onboard screen or it has an HDMI out for your TV/Monitor. Various accessories are available, like control pads and a full-on arcade stick down the track.

As someone who managed to get one, I can tell you that they are really well made little consoles. The screen and sound from the onboard speakers are better than expected and it’s nice and weighty. The game selection is great and includes the original arcade versions of titles like Virtua Fighter and Rad Mobile. 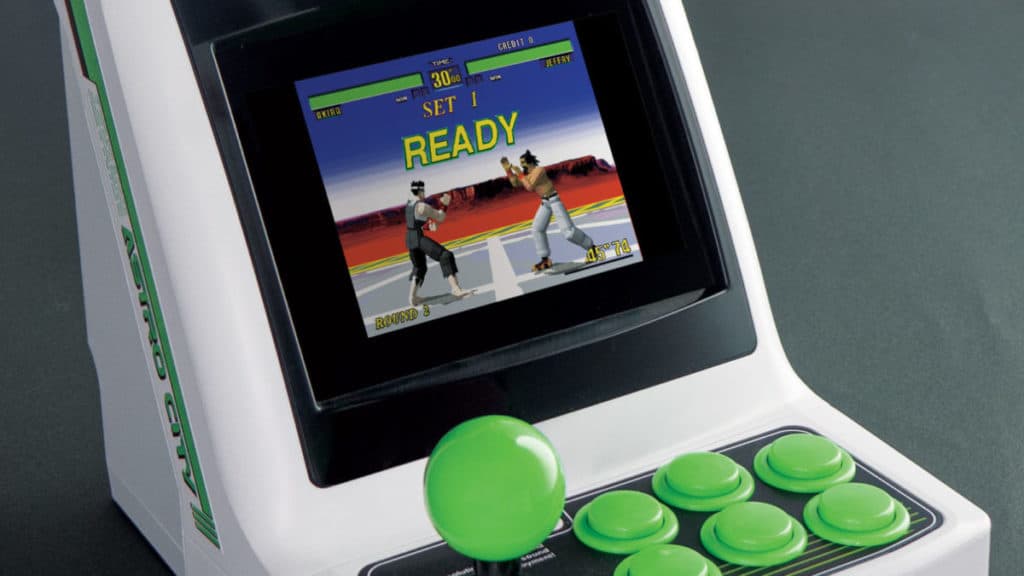 The Astro City Mini is available in Europe, so if you have not taken the plunge yet, now is your chance. For the full list of games and further info head over here.