As you may have heard, Activision Blizzard has been hit with a lawsuit from the state of California itself for what the allegations call a “frat boy culture”, and for failing to make its workplace safe for its female employees. California’s Department of Fair Employment and Housing filed the suit on Tuesday the 20th of July, following a 2-year investigation into the company. Some of Activision Blizzard’s top executives have addressed these allegations via internal memos to Blizzard employees, and the messages seem to be… contradictory.

Blizzard president J. Allen Brack sent an email to Blizzard staff calling the allegations “extremely troubling”. He says that he hates ‘bro culture’, and has spent his career fighting against it. He reassures staff that they may talk to any manager about their concerns regarding the allegations. He states his understanding of the continuing need to fight for equality for women, and promises that the leadership team will be meeting with many employees to discuss how they can move forward.

While it sounds as if he is taking the situation seriously, many have pointed out the role he has played in the studio’s culture. The below video from a 2010 BlizzCon panels shows Brack, along with former creative director Alex Afrasiabi, joking about Blizzard’s sexualisation of female characters. Afrasiabi is named in California’s lawsuit as someone who constantly harasses female employees, touches them inappropriately, and calls them derogatory names. His behaviour was allegedly well known to top-level staff, including Brack.

Oh god, I'd not seen this before. It's heartbreaking.

Here's a 2010 Blizzcon panel in which a fan was brave enough to ask a panel full of men, including J. Allen Brack (left) & Alex Afrasiabi (right) whether there's scope for some of WoW's female characters to be less sexualised pic.twitter.com/Elaf3K7KVc

Executive Frances Townsend, on the other hand, sent out a message singing rather a different tune. In her message, she claims that the lawsuit includes “factually incorrect, old, and out of context stories” and goes on to call the lawsuit “truly meritless and irresponsible”. Townsend sites several practices the company has put into place to foster a more inclusive workplace, including Equality and Diversity training, an internal tip line, and a new Employee Relations team to respond to employee concerns.

Both internal memos were reported by Bloomberg’s Jason Schreier, a games journalist and author of Press Reset: Ruin and Recovery in the Video Game Industry. Townsend’s statement in particular has proved incendiary, with many pointing out that her short 4-month tenure with the company as an executive does not reflect the experience of the majority of female employees. 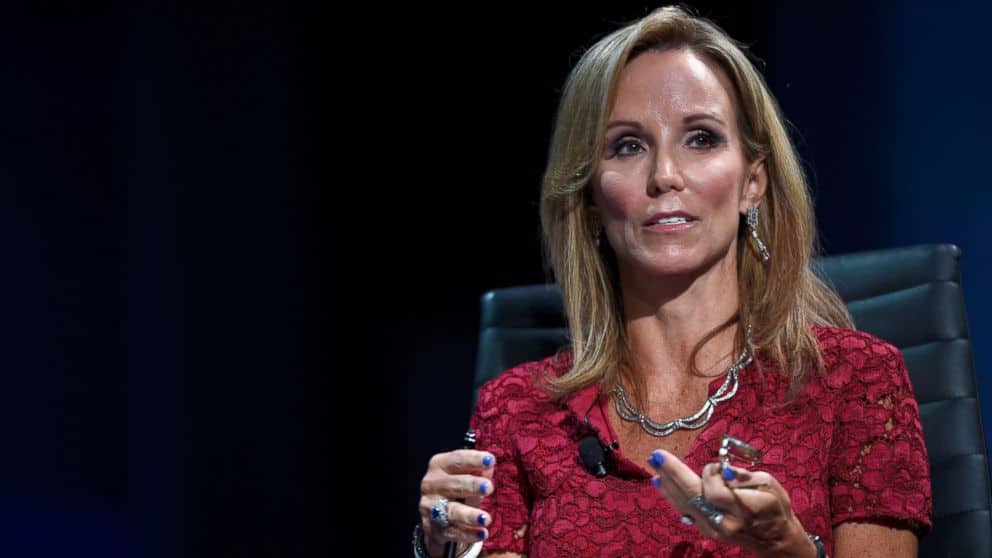 The lawsuit’s allegations include a failure to pay female employees equally for substantially similar work and fostering a hostile workplace where women are denied opportunities and are discouraged from speaking up to managers or HR personnel. According to the suit, men proudly come to work hungover and play video games while delegating their work to female employees. Some of the more alarming and disgusting claims include ‘cubicle crawls,’ in which male employees get drunk and crawl through work cubicles and often behave inappropriately to female colleagues, and one distinctly disturbing account of a female employee who committed suicide after a photo of her genitals were passed around to male coworkers at a holiday party.

In response to the news of the lawsuit, many women in the gaming industry have spoken out about their experiences with discrimination. Not all of the accounts are about Activision Blizzard, but as ex-president Mike Morhaime put it in a statement of his own, “It is no consolation that other companies have faced similar challenges. I wanted [Blizzard] to be different, better.”

No statement made by Blizzard executives, present or past, will speak louder than actions, however. Something’s going to have to change. The charges in the lawsuit claim that the company has failed to eliminate the unlawful practices through several mediation sessions, which is why the allegations have now been brought before the California superior court. If the allegations are found to be accurate, Activision Blizzard faces both compensatory and punitive damages.