Baldur’s Gate 3 developer Larian posts frequent content update videos to keep Baldur’s Gate fans in the know about changes to the upcoming game. Although the game is available in early access, there hasn’t yet been much indication about when we might expect the epic RPG to release for real. But in its most recent community update, studio head Swen Vincke stated his hope that the full game will be ready sometime in 2022.

This community update focused on Patch 5, which adds a whole host of awesome things that Dungeons & Dragons fans are sure to love. Ability checks will now come with a fancy new UI that shows the dice result plus your character’s added modifiers, which adds a bit of the feel of the original tabletop game. Players will have an opportunity to up their chances with spells like Guidance or ask a party member for help.

Combat updates include adding the disengage action, and an option for a non-lethal attack, which are both D&D staples that fans have been asking for. Updates to the gameplay also include added rewards for completing specific tasks according to your character’s origin – choosing to talk your way out of a sticky situation or choosing to throw money at the problem until it goes away may reward you with inspiration points, depending on if that action corresponds to your chosen origin. Inspiration points can be used to re-roll a D20, or for extra EXP. 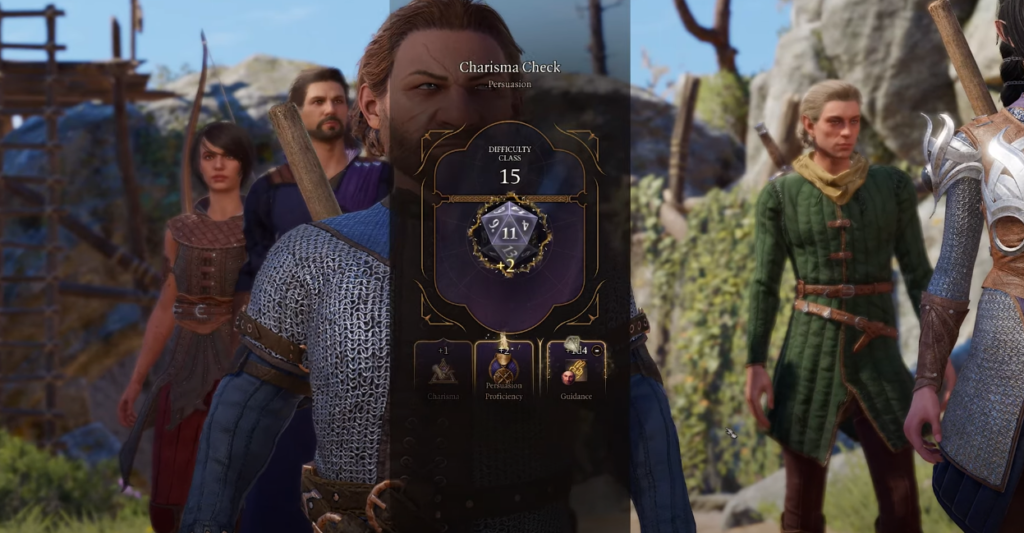 Fans of the original two games in the series will be glad to see the return of character barks – small voice lines for your character whenever you order them to carry out an action. According to Vincke, the barks will change depending on where you are on your character’s story arc, and more than 800 voice lines have been recorded for the Early Access version alone.

It’s clear that the game is still deep in development, but it’s hard not to be impressed with how far the Baldur’s Gate series has evolved from its humble beginnings. Larian Studios also held their 3rd Panel From Hell stream, which is available on their YouTube channel.

We took a look at Baldur’s Gate III in early access right when it first released. Click here to check out our first impressions!

Into the Breach getting Advanced Edition upgrade, Netflix port

Fall Guys has gone free to play, now on Xbox and Switch

Out There: Oceans of Time Review – An exploration of missed potential