Blazing Strike is an upcoming 2D fighter inspired by legendary titles from Capcom and SNK, developed by RareBreed Makes Games and published by Aksys Games it is due for release sometime in 2022 across all platforms.

2D fighting games have always been popular, in fact even Capcom and SNK don’t stray too far from their 90s blueprint for the most part. There have always been loads of Street Fighter 2 clones that just don’t get the job done, will Blazing Strike be any different?

If the trailer is anything to go by Blazing Strike is certainly looking the part with its pretty 2D Pixel Art. Excellent background and character art is essential to titles of this genre so it is heading in the right direction on that front. It features a varied selection of interesting-looking characters as well, which is another must-have. The biggest thing though when it comes to titles like this is gameplay.

Fighting games are far more nuanced than many would expect and balancing out the characters is essential. Blazing Strike features a control system similar to Street Fighter (ie six buttons) and adds a ‘Rush Meter’ allowing the player to execute fast attaches and movements, but draining it will put the character in a groggy state. Whether this will be a neat addition or a gimmick is yet to be seen. 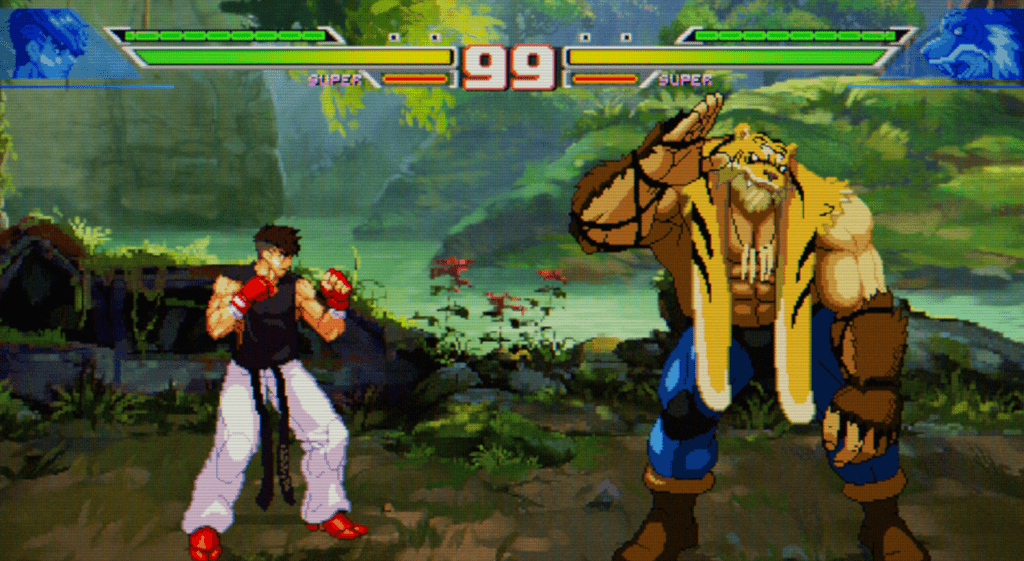 Blazing Strike is looking to be shaping up nicely, the 2D fighting genre is a difficult one for a new series to break into given the quality of games already out. So it will be interesting to see how this one goes, it’s still a little while off releasing but definitely one to keep an eye on.