CRASH: Autodrive is a modern murder mystery heading to Switch

CRASH: Autodrive is the latest successful PC title making its way over to Nintendo Switch. A near-future murder mystery about a potentially homicidal self driving Autocab will make its console debut on August 31. It is also Studio Nightcap founder’s David Shaver’s first game since leaving AAA teams, having previously worked on titles such as The Last of Us Part II, Uncharted: The Lost Legacy and the Titanfall series.

It is also looking like a really solid release on its own merit featuring a sci-fi murder mystery story, a diverse case of characters, spirited and funny writing and a great soundtrack. Perhaps best of all, a play time of 3-4 hours so its perfect for gamers with busy schedules, so there is no excuse for this one ending up on the pile of shame.

In CRASH: Autodrive a self-driving carpool’s A.I. makes a fatal mistake, introverted college student Emily Knight and the other passengers are forced to investigate a potential homicide once they discover they all know the victim. Get to know your fellow passengers and the car A.I., investigate clues, confront lies and expose the true killer.

“CRASH: Autodrive is my first game since leaving the large AAA teams and striking out on my own. I’m very excited to take all of that high quality AAA game making experience and apply it to my own smaller and more intimate games,” said David Shaver, Founder of Studio Nightcap. 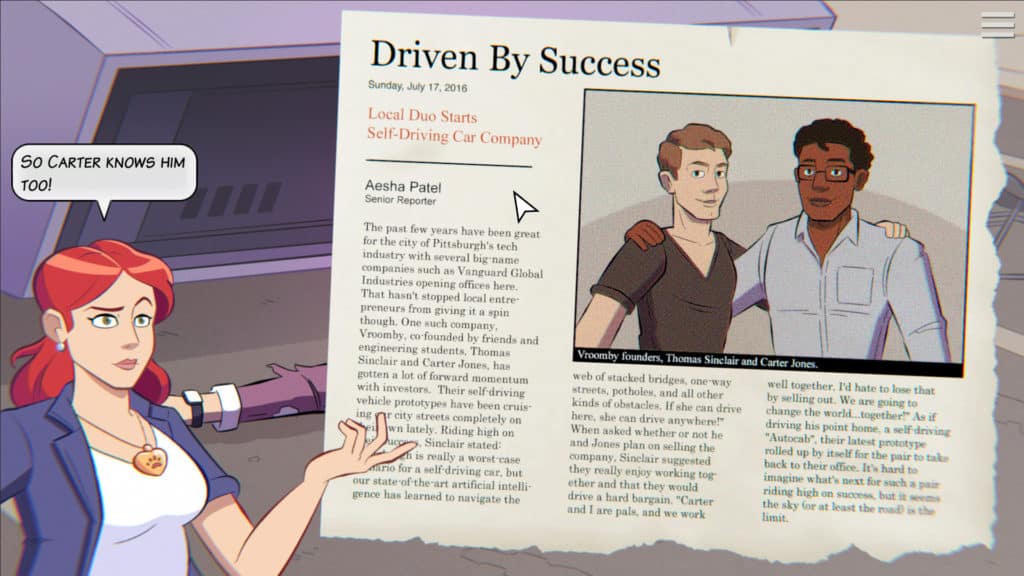 CRASH: Autodrive looks to me like a very unique and interesting title, and will definitely worth a try when it lands on Nintendo Switch August 31.