Today at Summerslam, WWE 2K22 showed off some new gameplay, with a new release window of March 2022. A full gameplay reveal is promised to come in January 2022.

The reveal was made with an video package of WWE 2K22 gameplay featuring Rey Mysterio, as well as a first glance at other superstars like Roman Reigns, Goldberg, Bayley, Bobby Lashley, Drew McIntyre, The Miz, Sheamus, Shinsuke Nakamura, Rhea Ripley, Finn Bálor, Ricochet and Kane. Screenshots of WWE Superstar Edge were also shared via social media, showing off the detail in his entrance attire, pyrotechnics, and stage lighting.

“WWE 2K22 promises new controls, incredible graphics, and a redesigned engine for the most impressive WWE 2K experience to date. As part of the game’s development process, 85% of the in-game roster has taken part in facial scanning for ultra-realistic and updated character models, and more than 3,400 new animations have been captured.” states the press release.

WWE 2K22 was announced a few months ago, and all eyes are certainly on the long-running franchise to deliver after the not-so-good entry of WWE 2K20. Since then, WWE 2K battlegrounds had a more arcade-like take on wrestling, but fans are ready for another detailed simulation-style wrestling game. They’ll have to wait just a little bit longer than usual, too, with WWE 2K games traditionally always falling in an October release window. I guess this time they really want to polish the experience and make sure it’s truly one of the best yet. 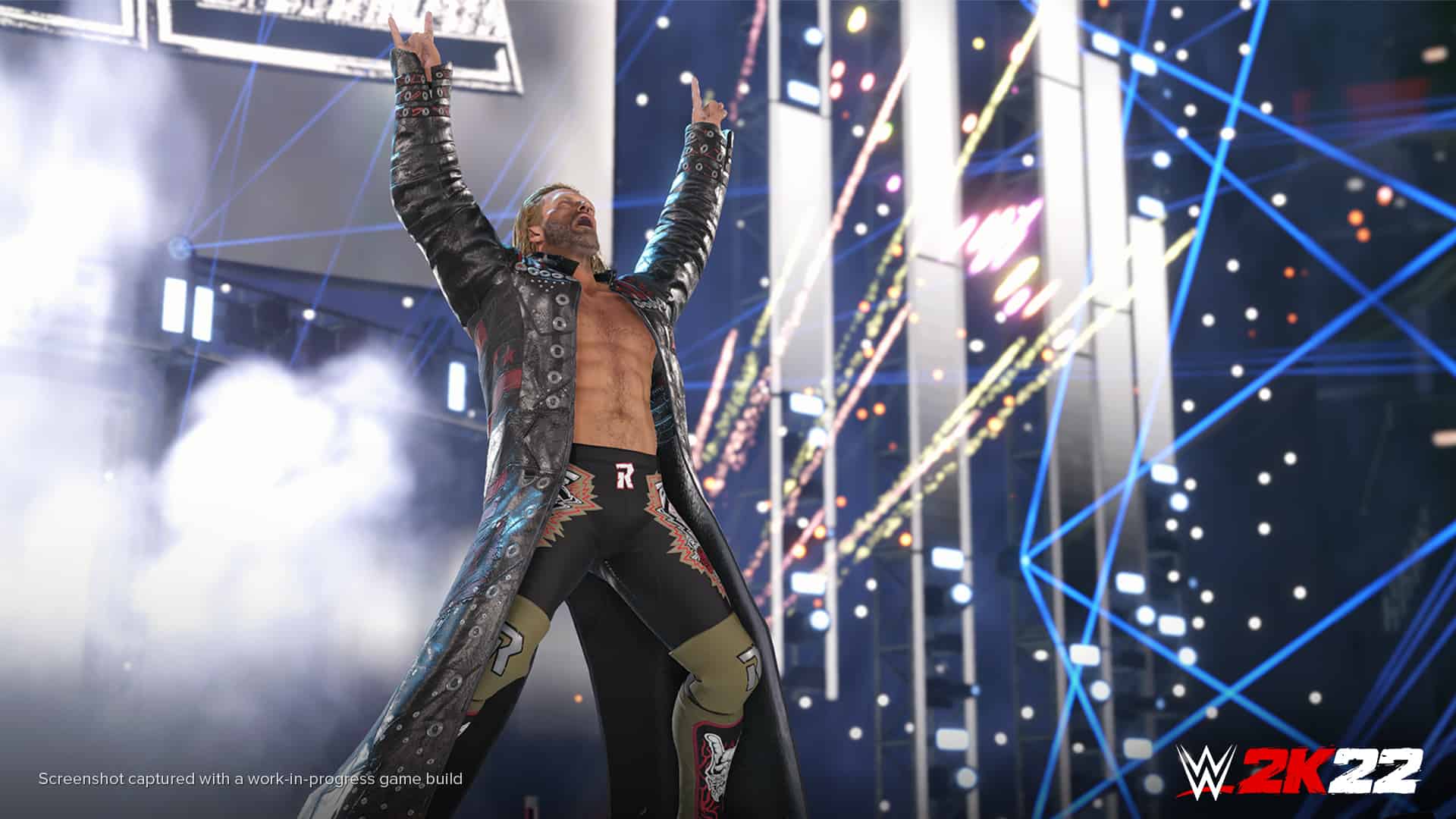 More information on WWE 2K22 is expected to be revealed in January 2022, including the full announcement of features, modes, cover Superstar and more. While a safe bet for cover Superstar is someone like Drew McIntyre, I think a new generation of wrestling games needs someone a bit more special, so I’d love to see Bianca Belair who is clearly having the best year of her career at the moment, after being in the main event of Wrestlemania alongside Sasha Banks, who together made history as the first Black women to headline the event.

Either way, we’re excited to learn more about the game, and look forward to learning more in the months leading up to launch of how it hits different. WWE 2K22 is scheduled for release March 2022.