Pokémon has long been a staple for the video game industry and Nintendo, though you will find the most common complaint among gamers is that the various entries generally don’t tend to evolve much (pun intended), instead it usually just offers up some further wacky Pokémon and slight tweaks the formula.

Enter Pokémon Legends: Arceus, which if the information and trailers are to be believed could represent the series biggest change in almost 2 decades. The latest trailer shows off some pretty interesting gameplay, complete with some new mechanics and tweaks that might just be the refresher that the series has long been due for.

Pokémon Legends: Arceus is set to introduce a whole new set of mechanics to set itself apart from the main series. From the trailer we can see players utilising Pokémon for various methods of traversal on land, in the air, and on the sea, which looks pretty fluid and would add a new dynamic to getting around. Combat does look vastly different initially, but the tried and true turn-based system is said to still be in use. These small changes could represent the change the series has been desperate for, with Pokémon all reacting differently to your actions, some may run away, whilst some may stand their ground and fight when approached.

Players can traverse the environment, sneak up on Pokémon, and also throw Pokeballs in real-time to capture the various species. With a host of locales shown off in the trailer, this certainly looks like a varied world to explore and get lost in, though it does look a little empty to me, which could be due to the Switch’s graphical limitations, though this does not mean the gameplay itself will not be rewarding and engaging. 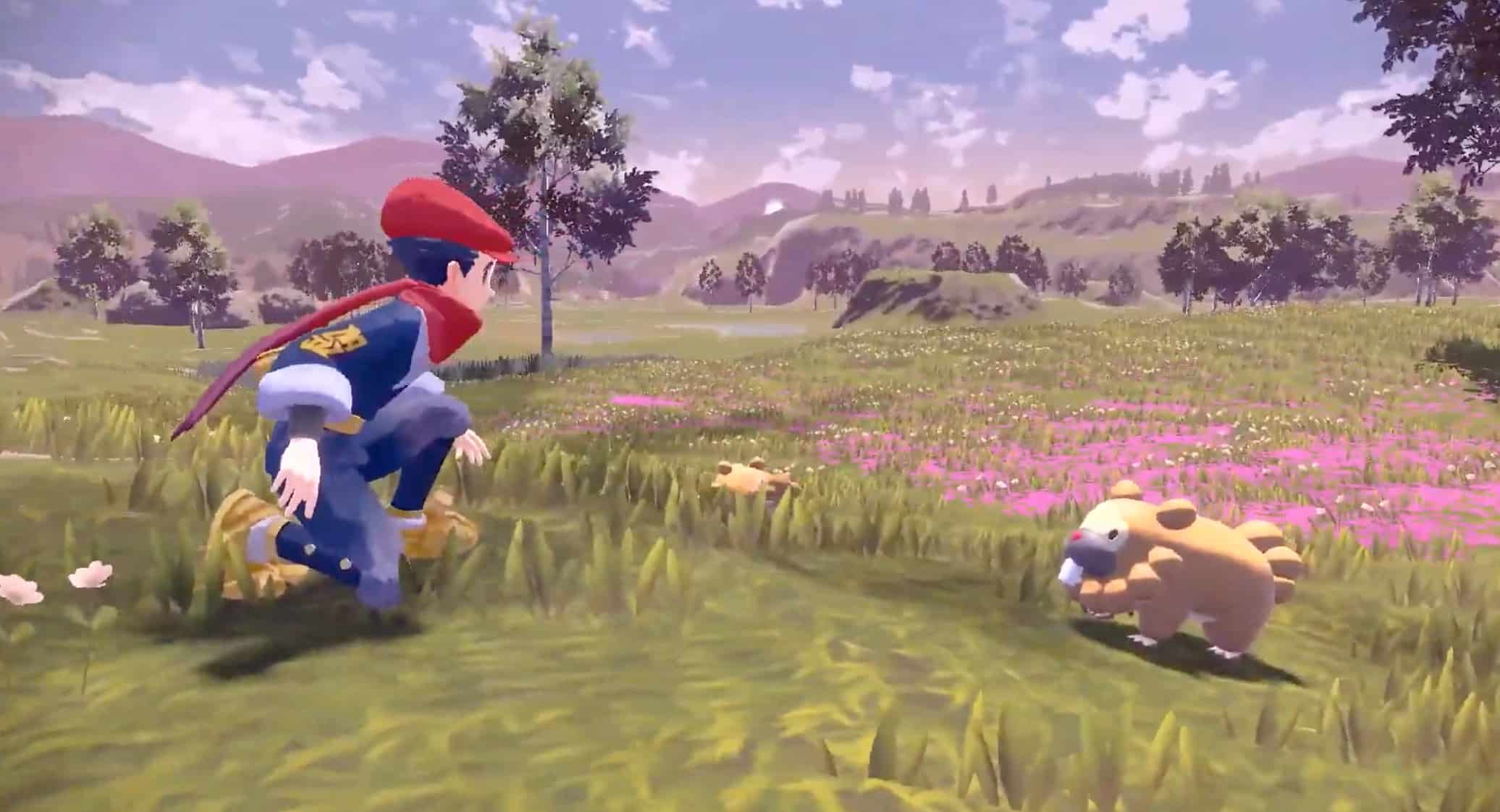 We also saw sneaking around the tall grass and a quick transition into combat. The trailer showed Pokémon turning aggressive with glowing red eyes as part of the story, making them especially dangerous. It seems as if once they’re turned aggressive this way they’ll attack you, the player, rather than just your Pokémon as in normal combat.

I have been one of those gamers that fell off the Pokémon bandwagon a long time ago; I generally lost interest due to each entry not really offering anything new to get me excited, including Sword and Shield, but this new take had my curiosity… now it has my attention.

Pokémon Legends: Arceus is currently set to launch on January 22nd 2022, so it could be a nice little surprise to kick off the (hopefully) better year than what we have experienced thus far with 2021.