Wrestling With Emotions is the dating sim wrestling combo I need

If there was ever a dating sim theme that could get my attention, wrestling is it. That’s why it’s exciting to see the first glimpse of this upcoming release, Wrestling With Emotions: New Kid on the Block.

Taking place six years after the original game, Quest for the Perfect Match – that I never knew existed but that I am going to have to download and play right now – New Kid on the Block casts you as a rookie wrestler on the hunt for love in the world’s biggest promotion (which, in this particular universe, probably isn’t WWE).

“Befriend, seduce, enrage and bodyslam a diverse cast of musclebound heartthrobs in a one-of-a-kind experience that flips the classic dating simulator upside down and powerbombs it through a ringside table.” says the pressrelease. Count me in for all of those wrestling and dating puns, that’s for sure.

Developed by Team Lazerbeam, the surreal choice-based adventure game is set in the 90s (which many would argue was peak for the wrestling industry), and features the ability to craft your own persona, before building loving relationships, lifelong friendships and bitter rivalries with other superstars on the roster. 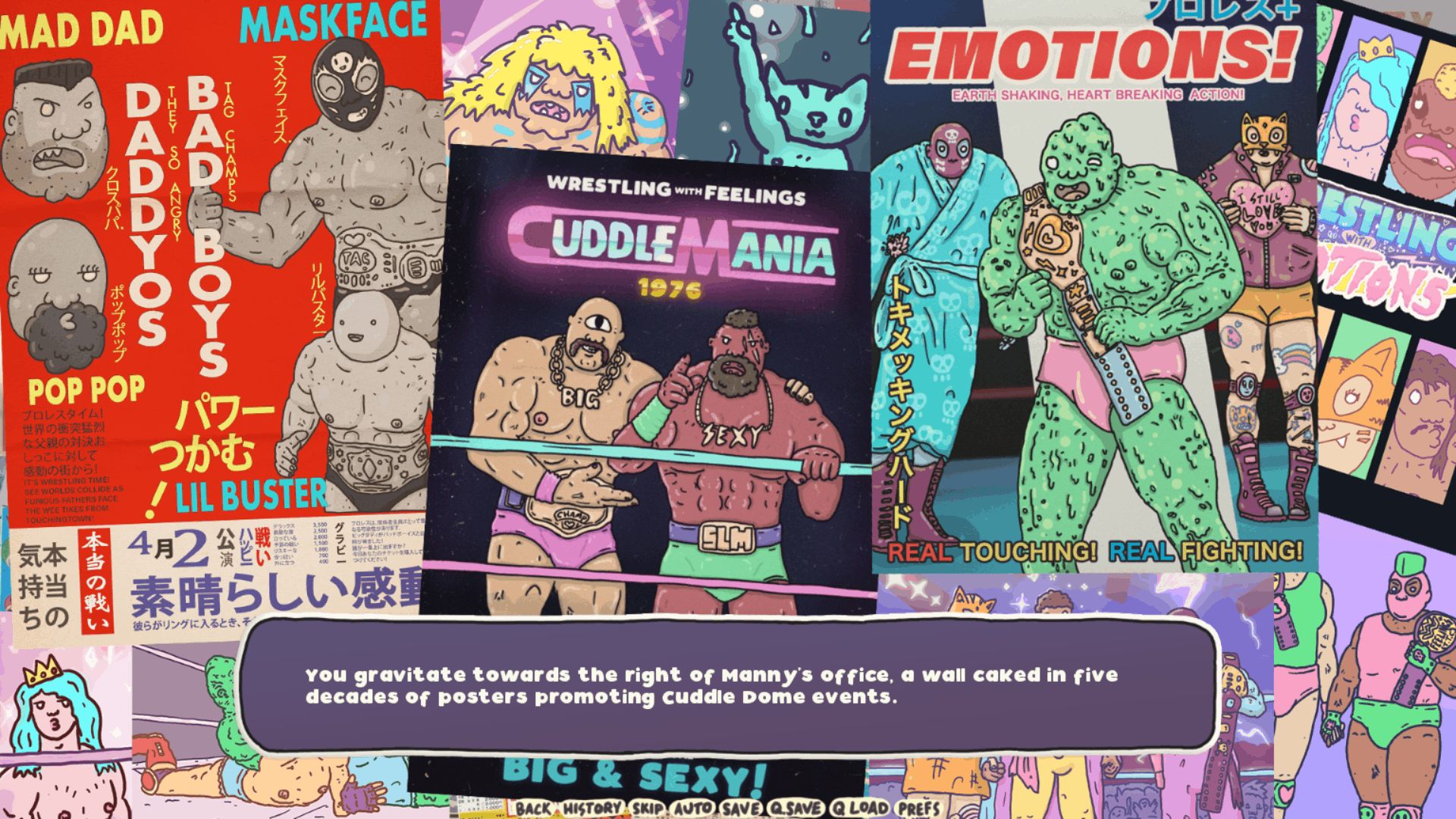 Wrestling With Emotions: New Kid on the Block also promises punk graphics and surreal songs, along with multiple endings based no your choices, with the ability to level up your M.E.A.T. That’s Muscle, Elegance, Attitude and Theatrics, of course.

If you’re not sold by all of this, I honestly don’t know what to tell you. It sounds awesome. Dating sims aren’t my regular genre of choice, but we’ve seen some interesting spins on it over the years, including Dream Daddy and the adorable Best Friend Forever. Wrestling could very well be the perfect environment to find your tag team partner who can truly pin you down for the 1, 2, 3.

Wrestling With Emotions: New Kid on the Block, is currently in early development, and we can’t wait to find out more.