Four years after the console’s debut, Nintendo has finally added support for Bluetooth headphones for the Nintendo Switch. Once version 13.0.0. has been downloaded, players can connect their Bluetooth headphones to their Switch in handheld or docked mode. In classic Nintendo fashion, however, this support comes with some limitations.

The latest #NintendoSwitch update is now available, including the ability to pair Bluetooth devices for audio output.

For more information, including restrictions on some features while using Bluetooth Audio, please visit the support page: https://t.co/vzAB6lZTDu pic.twitter.com/6J5xcDl5kU

“The latest #NintendoSwitch update is now available, including the ability to pair Bluetooth devices for audio output,” writes Nintendo of America on Twitter. While a Bluetooth audio device is connected, only up to two wireless controllers can be connected. Bluetooth audio also cannot be used during local communication, such as when playing a local wireless multiplayer game. Furthermore, while Bluetooth headphones can be used, Bluetooth microphones cannot. Up to ten Bluetooth devices can be saved at once. 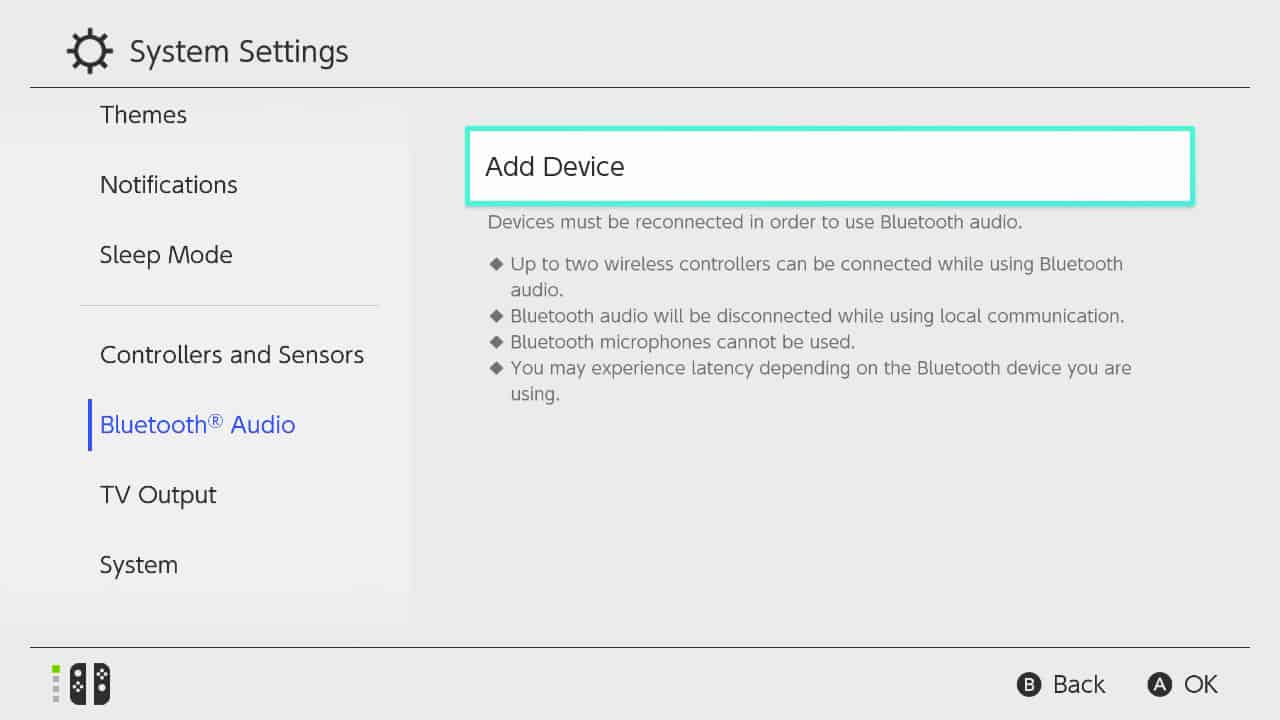 Not unlike Nintendo’s foray into cloud saves for the Nintendo Switch, the many drawbacks can seem quite arbitrary. However, while these limitations can be annoying, it’s better late than never. It is a good improvement for the system nonetheless that many players will get a lot of use out of. More information about how to connect Bluetooth devices to your Nintendo Switch console can be found on the official Customer Support site.