Several months following its official announcement, the Borderlands spinoff Tiny Tina’s Wonderlands finally has a trailer and release date. The Dungeons & Dragons-themed shooter will once again see players running and gunning to collect loot, either solo or with friends. The game was no doubt greenlit due to the popularity of Borderlands 2’s Tiny Tina’s Assault on Dragon’s Keep DLC.

Set in the Wonderlands, a fantasy world that Tiny Tina is running as Dungeon Master, the villainous Dragon Lord seeks to take it over. As the brave adventurer that you are, you roll up a character and seek to stop him, while collecting a ton of cool loot.

Unlike in previous Borderlands titles, where players pick from one of a selection of pre-made character classes, Tiny Tina’s Wonderlands lets you create a class from scratch. “We’ve built a multiclass system that lets you mix and match six unique character skill trees, all with their own awesome abilities,” writes Matt Cox, Creative Director at Gearbox on the PlayStation Blog. “You can also customize how your players look and sound. You can do all this solo or party up with up to three friends for four-player co-op.”

That said, even though there are some changes to the status quo, there are plenty of familiar elements for returning fans. Despite the fantasy setting, combat is still primarily gun-based, with unlockable magic powers to compliment your playstyle. Enemies explode into showers of loot, fuelling the drive to collect the best gear. Furthermore, there is the fan-favourite Tiny Tina, previously a recurring NPC who is now taking centre stage as the game’s acerbic narrator. Whether you’re a returning fan or newcomer to the franchise, Tiny Tina’s Wonderlands seems very approachable. 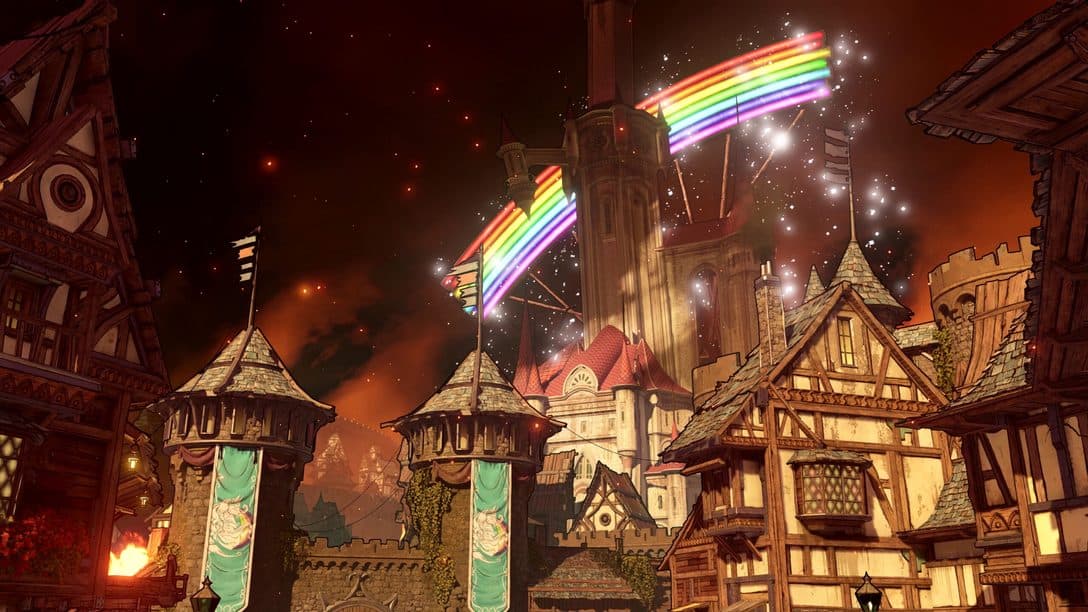 We don’t have all that long to wait as well. The trailer confirms that Tiny Tina’s Wonderlands will come out on PS4, PS5, Xbox One, Xbox Series X/S and PC on March 22, 2022. On PC, the game will be a timed exclusive on the Epic Games Store, just like Borderlands 3. However, Tiny Tina’s Wonderlands will eventually appear on other PC storefronts “later in 2022”, according to the FAQs section on the official website.