Research shows lockdown habits from Aussie gamers of all ages

New research has been released today by the Interactive Games & Entertainment Association (IGEA), and the results confirm that video games have proven to be quite the lockdown savior for Aussies during the pandemic.

The research found that 75% of Australian gamers used video games to connect with others during the pandemic, and over a third of those made new friends in online games in lockdown. I’ve seen friends from all walks of life, even some “non-gamers”, spend more time socialising via video games over the past year and a half, so this data is certainly not surprising. 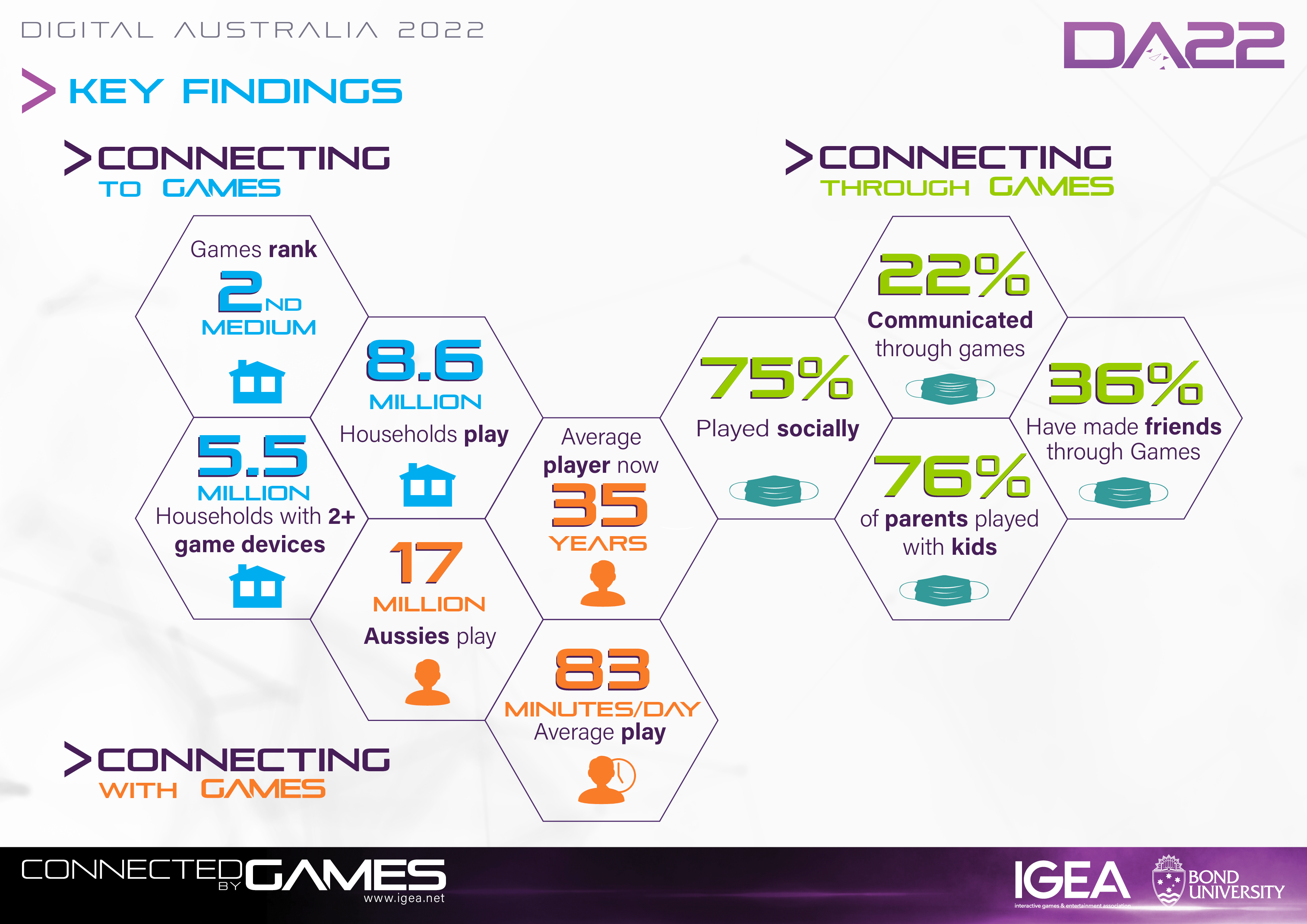 Additionally, the research found that 75% of Aussie parents played video games with their children during the pandemic, with half of respondents saying they used it to connect with their children. Surprisingly, nearly half of Aussies aged 65 and up using video games to keep their minds active over the pandemic, with the leading reasons for seniors playing video games being increasing mental stimulation and helping fight dementia. I certainly can’t picture my Mum gaming, but as we get progressively older and games continue to be so accessible, the traditional age brackets of “gamers” should continue to evolve.

The research is from IGEA’s ninth Digital Australia 2022 (DA22) report, conducted by Bond University, and examines Australian video gamers’ habits and the gaming landscape during the pandemic.

“Video games were not just a vital source of entertainment during the pandemic, but also a means for connection, communication, and social interaction between friends and family, as well as education and comfort for children,” said Bond University’s Professor Jeffrey Brand, who has run the Digital Australia series of research for 16 years. “70 percent of the participants lived in an area that experienced lockdown during the pandemic, and over a third of those participants said they played more video games. Nearly a quarter said that they used in-game tools to communicate with others, all new findings included in this year’s report”. 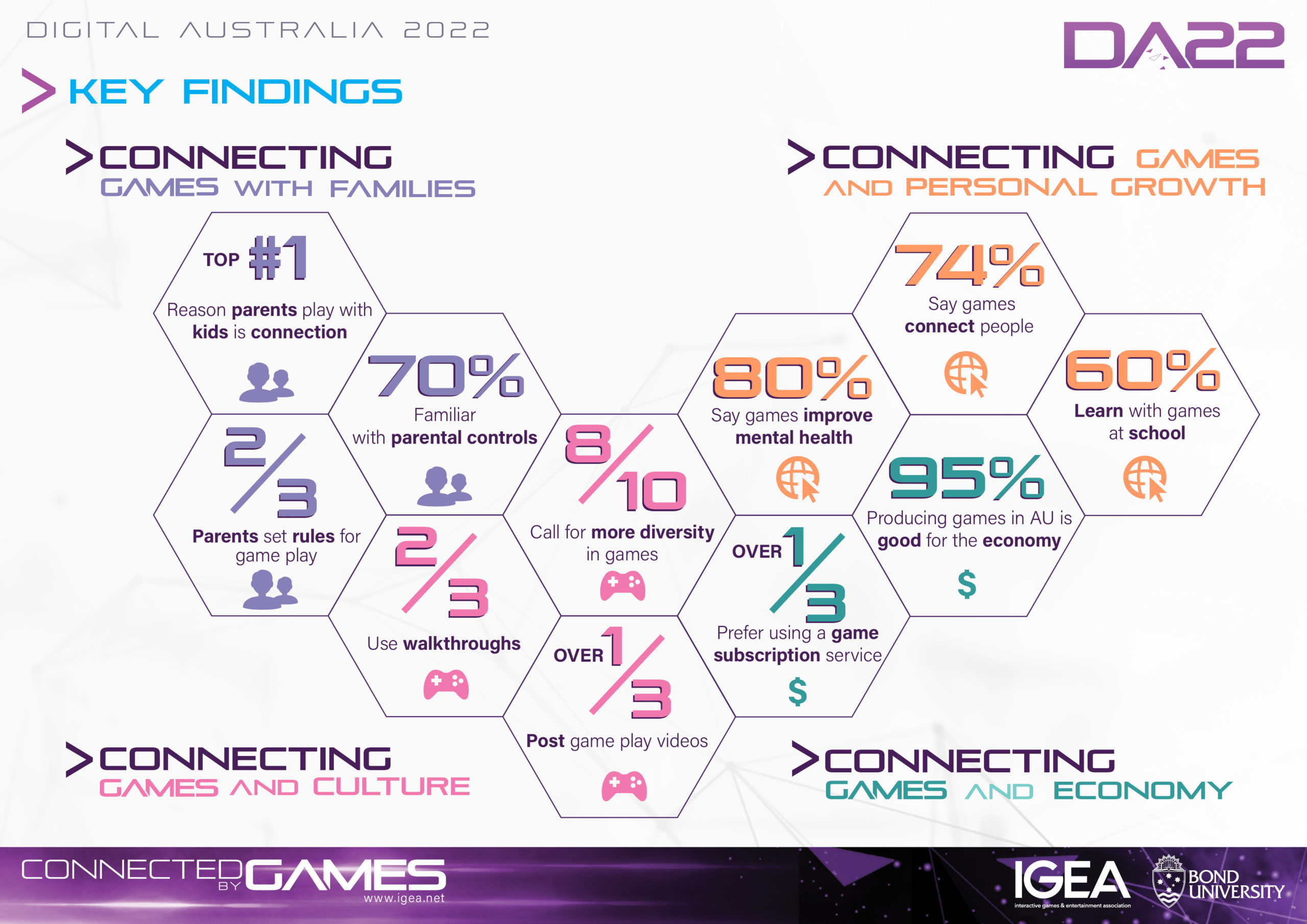 Here are some other key insights from the report:

Curious for more? You can read the full report here.