The original Tomb Raider, starring Lara Croft, was released 25 years ago this past week. A truly seminal and groundbreaking title on release all the way back in 1996, Tomb Raider’s influence is still felt in today’s third-person 3D action-adventure games. It also made a celebrity of its star, with Lara Croft being everywhere for a couple of years, featuring in everything from energy drink commercials to U2’s Popmart Tour on their big screen.

There is something a little interesting about this particular anniversary though, the internet got the release date spot on but seems to have forgotten which system Tomb Raider actually launched on. Although the series became synonymous with PlayStation thanks to an exclusivity deal later on, if you wound your clock back to 1996, the only console you would have been playing it on right now would have actually been the Sega Saturn.

The thing is, Tomb Raider did not arrive on PlayStation on this day 25 years ago. If we are wanting to celebrate the debut of Tomb Raider on PlayStation, we’d still have to hold off a few weeks. Revisionist history is a funny thing when it comes to video games. And I think it’s great that some of us would like to keep the records straight despite the inevitable replies arguing that it’s not important which console a game launched on or accusations of being a fanboy. When it comes to video game history and facts, my opinion is that it matters, so let’s set the record straight.

In reality, Core Design (developers of Tomb Raider) had established itself developing titles for Sega consoles and had started work on their new title after finishing up BC Racers for the Mega CD. Whilst the Saturn, PlayStation and PC ports of the game were all developed simultaneously (using identical code), Sega were keen to get the game out in Europe on Saturn ahead of the pack and hence, an admittedly short exclusivity deal was signed. As a result, on 25 October 1996, Tomb Raider launched exclusively on Saturn, with the ports arriving sometime a month later depending on where you lived in the world.

From there, as we all know, Tomb Raider as a series became seriously hot property and sometime during development of the sequel, Sony nabbed the next few games as exclusives (as they do) which resulted in the Saturn version of Tomb Raider 2 and an in-development Nintendo 64 port of Tomb Raider (which would have been an interesting one for sure) being cancelled. Lara’s early adventures would become – rightly or wrongly –  forever synonymous with PlayStation. I can understand why there can be some confusion, but it doesn’t change the fact that Tomb Raider debuted on Saturn. 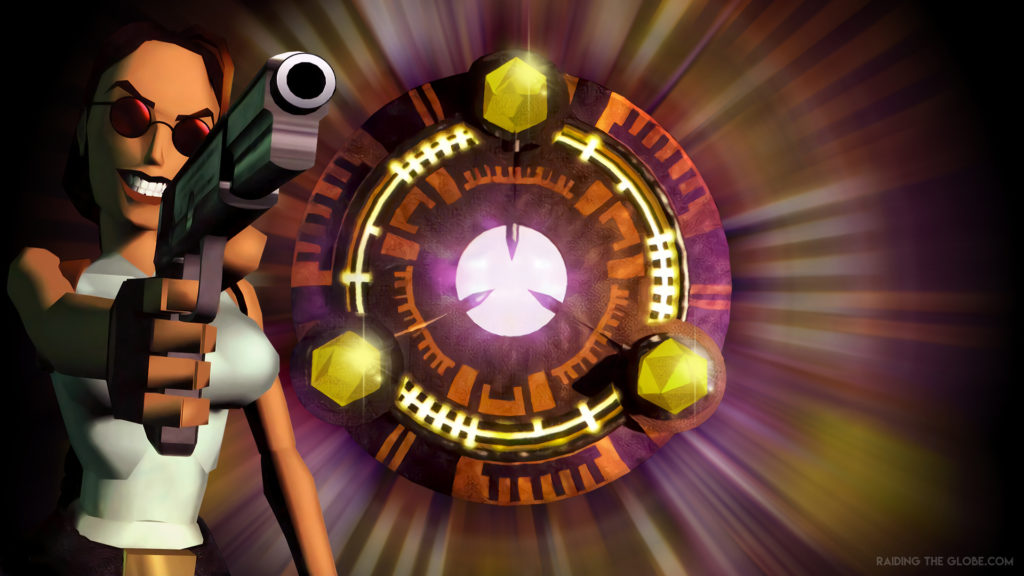 Now that we have that out of the way, let’s get back to celebrating the 25th Anniversary of the debut of Lara Croft and the Tomb Raider franchise. A landmark game that is still an enjoyable play all these years later.