The Expanse is getting the Telltale Games treatment

One surprising announcement during The Game Awards was that of an episodic narrative adventure game set in the world of The Expanse. The game is based on the sci-fi novels by James S. A. Corey, which were adapted into a popular TV series that is entering its final season. This upcoming game, developed by Telltale Games and Life is Strange: True Colours developer Deck Nine, is set before the TV series, and explores the adventures of fan-favourite character Camina Drummer before she is introduced in the show. The announcement trailer can be viewed here.

The Expanse is set 200 years in the future, where humanity has colonised Mars and the asteroid belt. The star of The Expanse: A Telltale Series, Camina Drummer, is a spacefaring Belter whose allegiance shifts throughout the show and who has received more prominence in the more recent seasons. This game will follow her life before she is introduced as Fred Johnson’s head of security at Tycho Station. Presumably, players will be able to influence the story with dialogue choices and quick-time events, if the previous output of these developers is anything to go by. Cara Gee, Drummer’s actress in show, will reprise the role in the game.

“I have absolutely loved playing the character of Camina Drummer for the past several seasons on The Expanse,” Gee has said regarding the game. “And I think we’ve seen her go through this really really incredible arc, and with this Telltale series I think we’re having a chance to explore some of the unknown parts of Drummer’s story. And I’m beyond thrilled to get back into the eye makeup and the dialect, and dive in and just keep exploring this phenomenal, powerful character.” 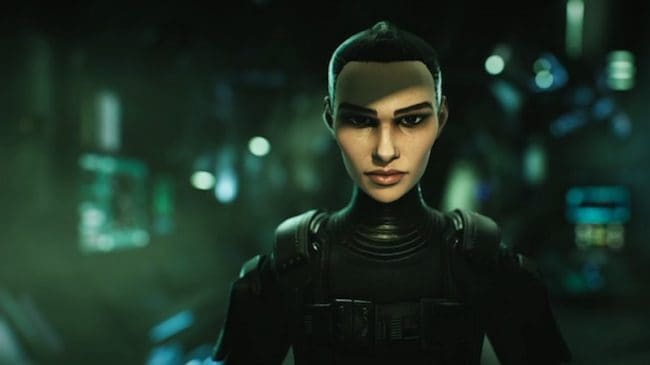 While Telltale’s episodic video game adaptations of popular franchises don’t always work quite well (looking at you, Telltale’s Game of Thrones), this project seems like it might have more potential. Setting it as a clear prequel focused around a single character, rather than awkwardly trying to take place alongside the events of the show to shoehorn in unnecessary cameos, is probably the right move. With acclaimed adventure game developer Deck Nine on board, The Expanse: A Telltale Series should be something to look forward to for fans of the show and novels.

We don’t have more info regarding its gameplay or release window as of yet. Telltale Games is also currently working on The Wolf Among Us 2, which is also in mid-development.