Announced during the February 2022 Nintendo Direct, the rumours are finally confirmed, and Chrono Cross will finally get a remaster. Chrono Cross: The Radical Dreamers Edition will release for the Nintendo Switch on 7 April 2022.

Chrono Cross is an RPG that surpasses time and space, spreading across two interlinked parallel worlds. With over 40 party members to meet, people and dimensions will intertwine in this epic drama about the planet itself. ) First released in 1999 on the PlayStation, the role-playing game developed and published by Square is set in the same world as Chrono Trigger, which was released in 1995 for the Super Nintendo Entertainment System and also came out on PC in 2018.

Chrono Cross: The Radical Dreamers Edition will realise the masterful design of Masato Kato, the art of Yasuyuki Honne, and the music of Yasunori Mitsuda in high definition for diehards to enjoy. New updates and additions to the remaster include: 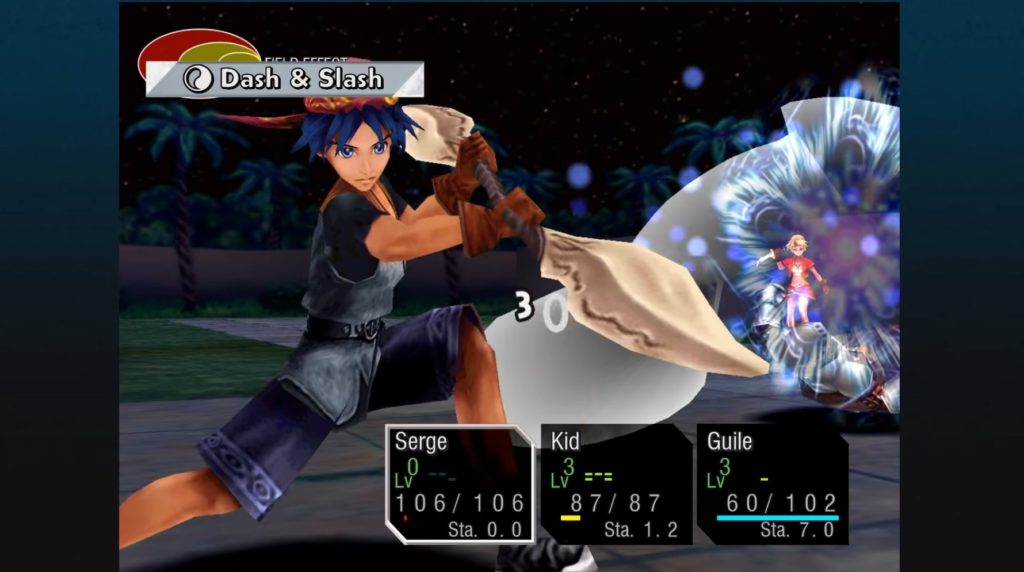 Switching between the new and old versions of the 3D models and illustrations is common practice in some remasters and a very welcome feature for fans who loved the old-school visuals. However, Nintendo indicates that the 3D models, illustrations, font and background filter cannot be toggled separately. They will all be switched together.

Chrono Cross: The Radical Dreamers Edition launches on 7 April 2022 for the Nintendo Switch.