Magic: The Gathering’s next set is too strong and too shiny with double the amount of rares and foils as usual! Twice the power and twice the fun with Double Masters 2022. This set is designed for both players and collectors alike, offering 331 reprints from the entirety of Magic’s history. Checkpoint Gaming has managed to snag an exclusive sneak peek at one of the new cards from the set.

There are plenty of cards for everyone and include some new visual treatments including 80 borderless cards, foil etched and textured foils. Double Masters also has the ability to be drafted with 10 tri-colour archetypes including Sultai Graveyard Growth, Abzan Counters, Grixis Graveyard Midrange and Mardu Sacrifice. All archetypes you’ll be wanting to play when you pick up our preview card!

Without further ado, we are excited to share with you our exclusive look at one of the newest cards from the Double Masters set, Yahenni, Undying Partisan! 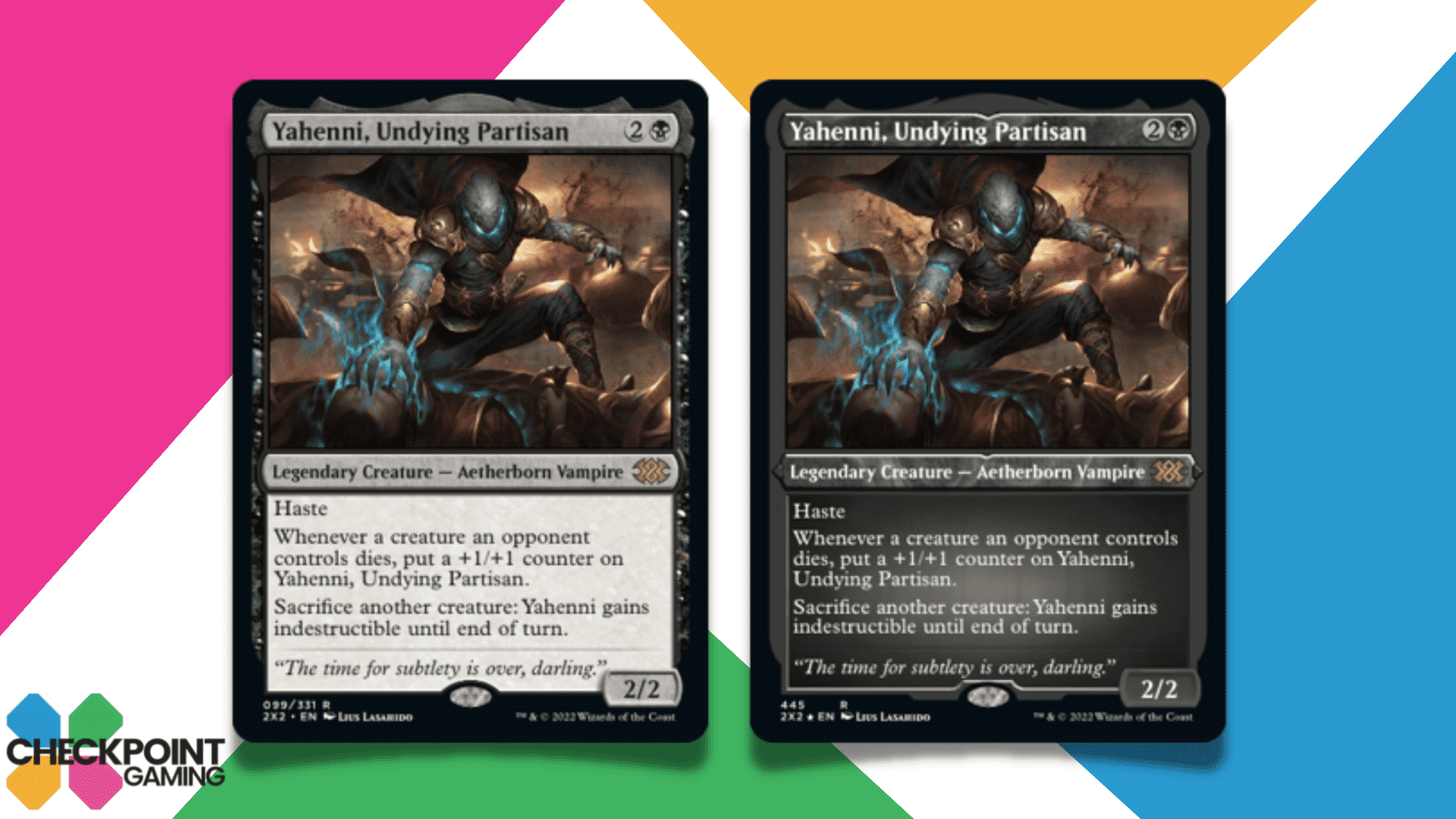 Seeing play in mostly commander and brawl, Yahenni, Undying Partisan hasn’t been reprinted since their debut in Aether Revolt. As a 3 mana 2/2 with Haste it’s already a great mono black creature for your deck. However, the ability to pump up Yahenni by killing off your opponents creatures sounds ‘oh-so-sweet’. The cherry on top is Yahenni’s final text ability, sacrifice another creature: Yahenni gains indestructible until end of turn. Game wins could be as easy as, give Yahenni indestructible, destroy all creatures, then suddenly you have the only creature left on board with mountains of +1/+1 counters and it’s all gg’s.

It is hard not to love our resident non-binary philanthropist socialite!

Double Masters will be available next month as Draft Boosters, Draft Packs, and Collector Boosters from your local game stores. Consdering diving into MTG? Arena might be the place to start!