The popular mod hosting platform Nexus Mods has found themselves weathering a “free speech” storm from users upset about their decision to ban a mod maker for a homophobic Spider-Man mod. The platform has had to defend their stance, refusing to back down on the decision in a post on their website. The drama all started when a modder removed the Pride flags found in Marvel’s Spider-Man which only recently arrived on the PC platform.

The modder, whose account has now been banned, posted the homophobic mod under the handle “Mike Hawk”, calling their mod “Non-Newtonian New York”. The mod’s one and only purpose was to replace any Pride flags found in Spider-Man with the American flag including a large mural painted on a wall that players can find during their web-slinging journeys (pictured below). 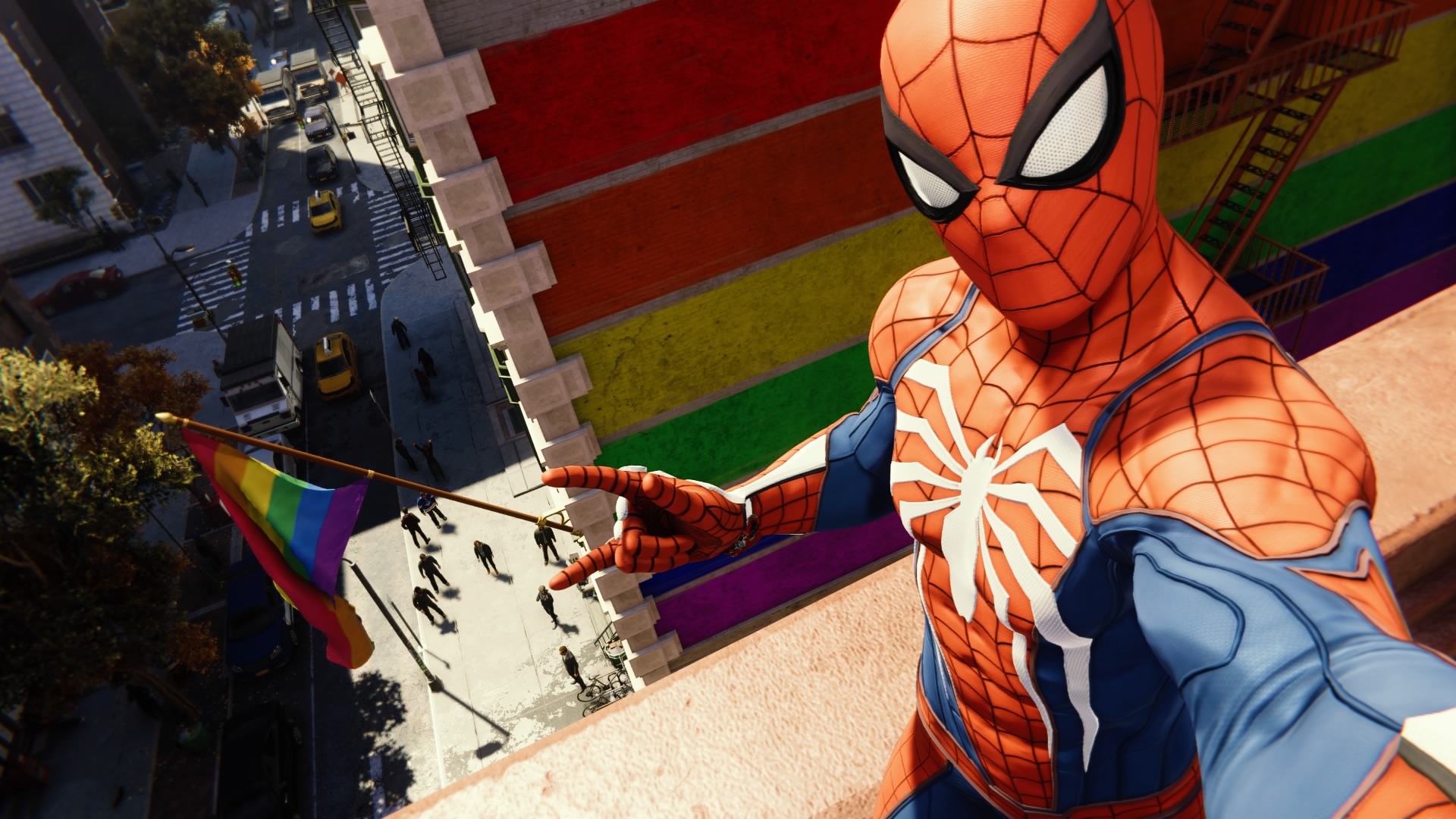 Nexus Mods outlines in their official statement that the modder in question used a “sock puppet” account, which means a newly made account used to protect the modder’s identity within the mod-making community. In a twist of irony, it’s that very sock puppetting that encouraged Nexus Mods to not only ban the new account but the user’s regular account too, with calls of cowardice and trolling being directed at the mod maker.

“…our policy is thus: we are for inclusivity, we are for diversity. If we think someone is uploading a mod on our site with the intent to deliberately be against inclusivity and/or diversity then we will take action against it.”

Naturally some users within the mod-making community have been vocally outraged by the ban, claiming it to be an attack on their freedoms, though Nexus Mods does fittingly shut down that specific argument; “As a private business, we have a right to choose what content we do and do not want to host on our platform. Respect this right the same way you want respect for your rights.”