Dead Pets Unleashed is an unapologetically feminist game about friendship

Have you ever wondered what your life would be if you decided to follow your dreams? Or you are following your dreams and wonder what life would be like if you didn’t? These are questions everyone asks themselves – of course, you’re not a Demon in a punk band (probably). Well, if you’ve wanted these questions answered you can try your hand at Dead Pets Unleashed from the dev team at Triple Topping.

Triple Topping is the studio behind Welcome to Elk, one of the names from the LudoNarraCon 2020 showcase.

The game follows punk band Dead Pets, who are searching for their big break after a decade in the scene. Players will play as Gordy and help her chase that big break, or give up entirely and do the 9-5 grind instead. Gordy and her band live in New Void City, a planet inhabited by Demons from all walks of life. The team at Triple Topping has clear influences; Bojack Horseman and Tuca and Bertie inspire the bright colours and humour of the world. The music is also influenced by the Riot Grrrl feminist punk movement of the 1990s. They’ve even released the song from the trailer as a single.

Dead Pets Unleashed has many slice-of-life mini games to play; like, working a shift at the local diner, cleaning sex toys and having your period during a concert, amongst others. It’s awesome to see a game include masturbation and menstruation, as they’re not usually subject matter shown or discussed in video games. Players get to explore the complications in adult relationships, with the team behind the game saying it’s “a game about friendship”. As everyone in the band have been friends for a long time, it’ll explore the management of adult friendships where you’re all taking different paths in life. 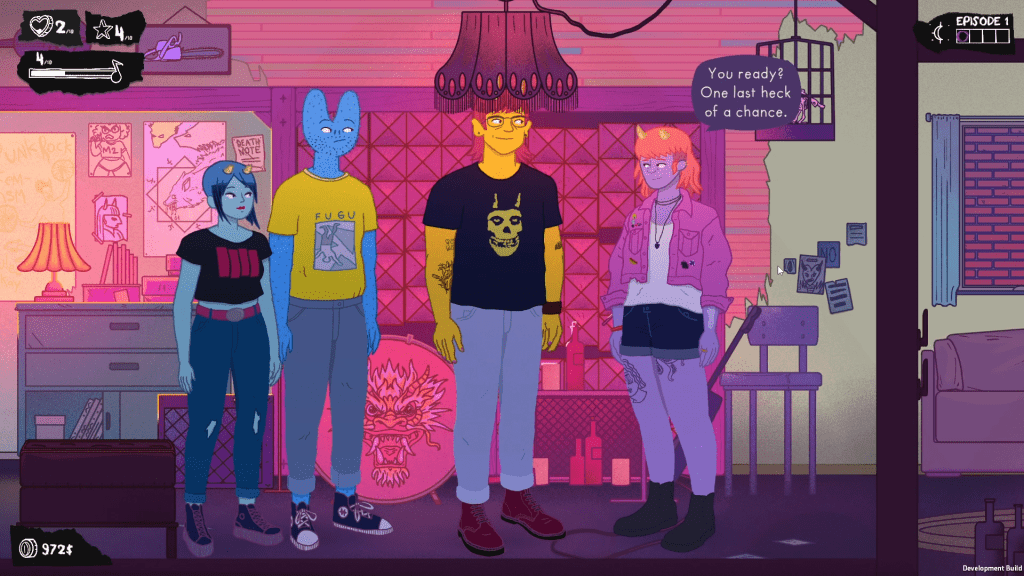 The game will feature a punk rock soundtrack, NPCs that you can befriend and help , multiple endings and the ability to manage your choices. Choices will affect Gordy’s wellbeing, the band’s power, Gordy’s social points and income. Dead Pets Unleashed is unapologetically feminist, sticking its claws into that DIY subculture riot grrrl scene.

It’s available to wishlist now on Steam, and there’s a demo available too. They also have a Kickstarter, with just six more days to go and haven’t hit their goal yet. And you can give them a follow on Twitter too.

Dead Pets Unleashed will be available on PC, Mac and Linux platforms, though no release date yet but keep your eyes peeled!