The League of Legends Worlds Championship has concluded with an unbelievable underdog victory, US $2,250,000 in cash earnings, a live performance by Lil Nas X, and a new peak viewership record of 5.1 million non-Chinese viewers.

The yearly event celebrates the best of the best in League of Legends eSports. Starting in 2011 with US $100,000 in prizes, the championship has only grown bigger and bigger each year, clearly not slowing down in 2022. The peak viewership alone is a testament to the continuing strength of this game and the eagerness of a growing audience to get engaged by eSport content. This year’s 5.1 million peak viewership smashed the previous record set by Worlds 2021 by just over 1 million. This doesn’t even take into account the Chinese viewership whose figures are unknown.

The Opening Ceremony to the finals matches kicked off with live performances by Lil Nas X, Jackson Wang, Edda Hayes & Louis Leibfried. Quite a spectacle, the stage was lit up by the performers, dancers, and animated projections that surrounded the 360° stage. With the real world and the world of Runeterra combined in a beautiful half-digital and half-live performance, it really was something worth seeing.

Even better than the Opening Ceremony were of course the games that followed. Likely the reason Worlds 2022 was so popular is the final showdown between the two teams who made it all the way to the end. Korean team T1 were the hot favourites going into the final showdown. This team is the most successful in League of Legends history, already winning the grand title 3 times in the past. Up against them were DRX, a fourth-seed team in the Korean bracket who barely scraped their way into the qualifying round, let alone the finals. Constantly defying odds and beating teams that out-seeded them, DRX were the clear underdogs up against the very best. In an absolutely nail-biting 5 game match, it was DRX who came from behind to take the surprise win against juggernauts of the League of Legends pro-scene.

Another amazing underdog story is that of DRX marksman ‘Deft’ and T1 mid-laner ‘Faker’. Faker is comfortably the most celebrated player on the League of Legends Worlds stage. The only player to have competed in 5 League of Legends World Championships and the only player to have won three already, he is a beast in the scene. Faker holds the record as having the highest win rate at Worlds with over 70% of his games ending in a victory. He’s also the player with the most kills ever on the Worlds stage. Deft on the other hand has attended five different World Championships with four different teams, unable to ever get beyond the quarterfinals. Always a bridesmaid and never a bride, Deft could never be the best player on the Worlds stage despite efforts. Hilariously, he wasn’t even the best player at his own high school, as both Faker and Deft attended Mapo High School in Korea in the same year level. Well, perhaps that mantle has now changed, as Deft finally takes a victory from his rival. 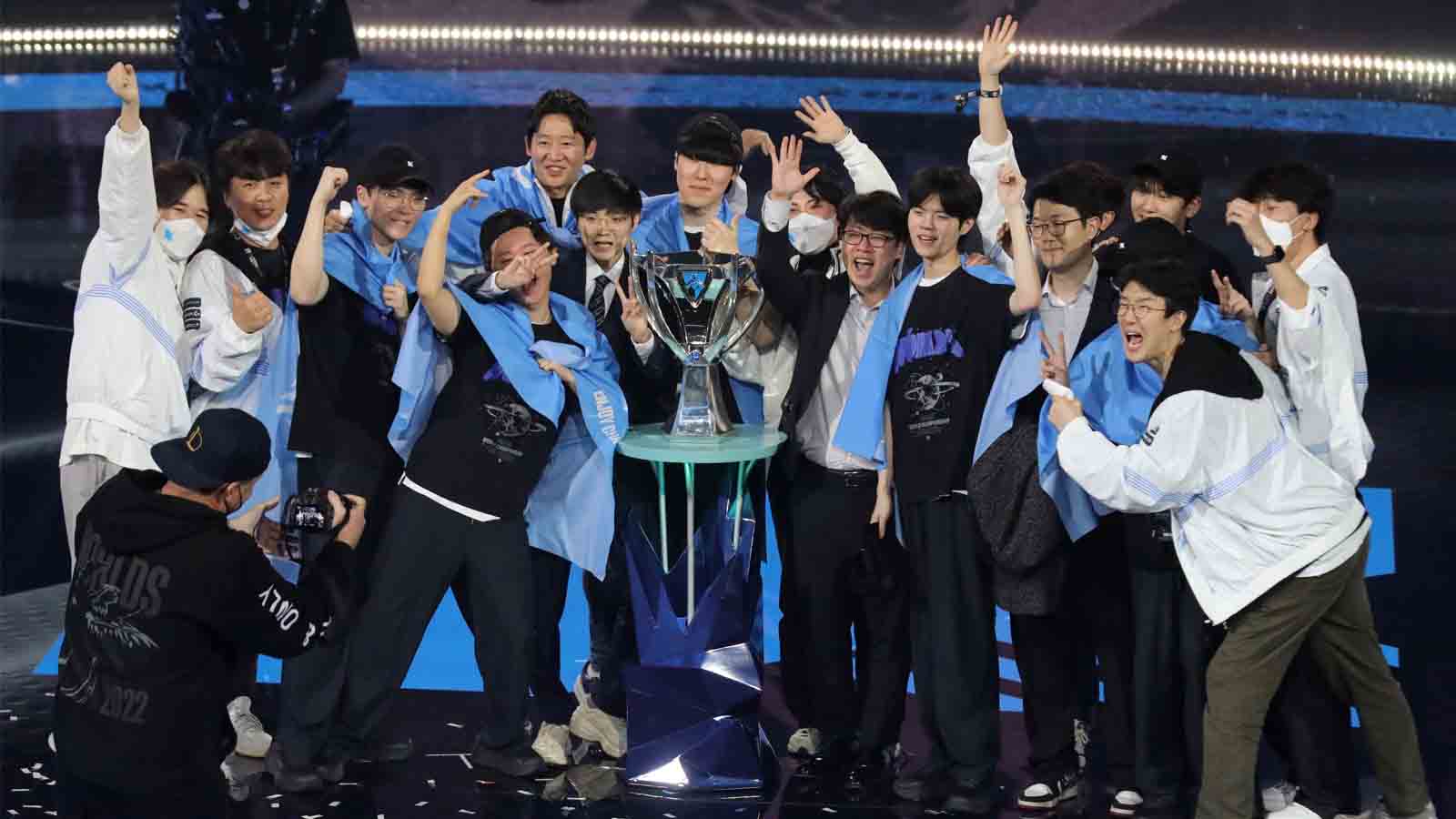 Another fun fact is that both Deft (DRX) and Faker (T1) are now 26 years old. This is a significant age on the League of Legends Worlds stage as in its 11 year history, the oldest player to ever win at Worlds was only 25 years old. Not only does it mean both players are on the potential verge of retirement (with some serious rumours circulating around Deft), but it also means that Deft is now the oldest player to ever win the cup.