Out of Bounds: Exploring the Limits of Videogames now at ACMI

Do you wonder what the world looks like when you step into uncharted territory? Out of Bounds: Exploring the Limits of Videogames is now at ACMI in Melbourne, showing players what lies beyond the invisible walls of an open world game.

By exploring the limits of Red Dead Redemption online as an observer, these Melbourne based artists test the limits of this new frontier, rather than aim to conquer it.

It’s an interesting contrast as the world of Red Dead Redemption has the theme of the franchise being the end of the Wild West era. Civilization is progressing and exploration has largely died out. When speaking with Ian MacLarty at the media preview, he explained that choosing Red Dead Redemption Online was purely because the game was enjoyable, rather than going for a deliberate theme contrast.

The game has a beautiful landscape and previous players already discovered the potential to go beyond the invisible barriers. That led The Grannies (the player team that Ian is part of) to test the boundaries and discover a hidden side of the game that most people don’t even see. 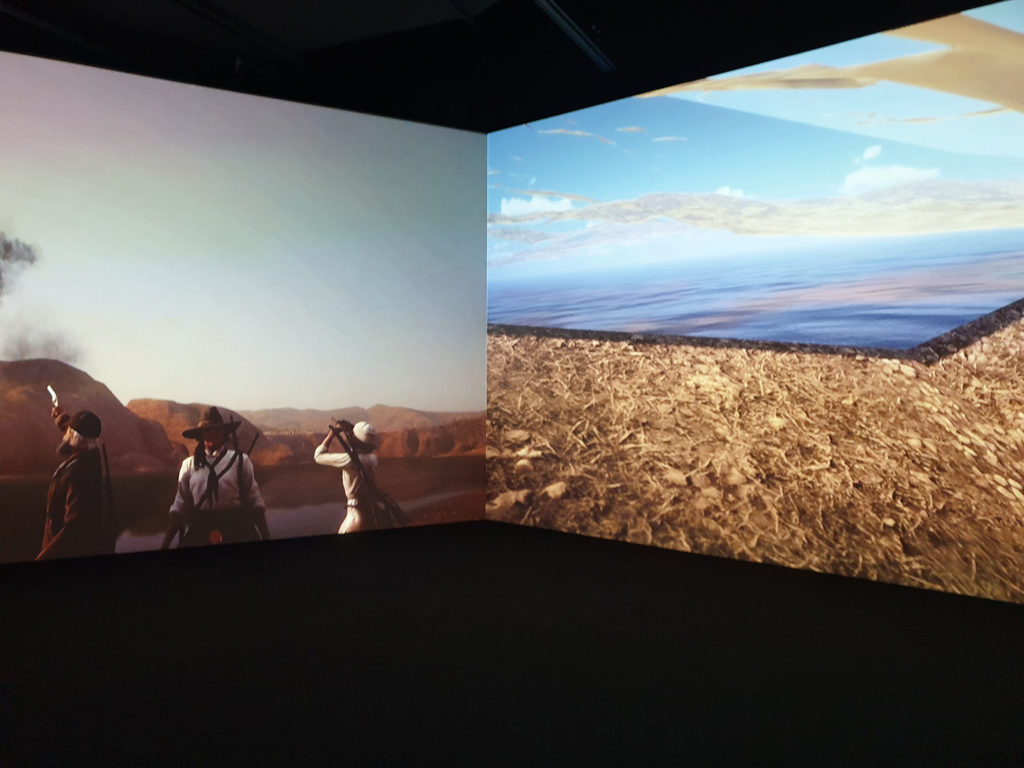 Watching the documentary that plays in the exhibit reflects the thoughts of the players as they explore these unknown lands. You can see the difference in graphics and the bugs that the Grannies encounter, while hearing their thoughts in the background. It’s a good insight into what going out of bounds means to each person, and how they interpret their thoughts.

Ian has also brought his latest video game, Red Desert Render, to the exhibit. Inspired by the experiences of Red Dead Redemption, you get to explore and interact with a world that just keeps expanding. You can explore by flying through the sky or swimming underwater. Exploring with a friend adds to it, as it’s possible to have a two-player experience as well. 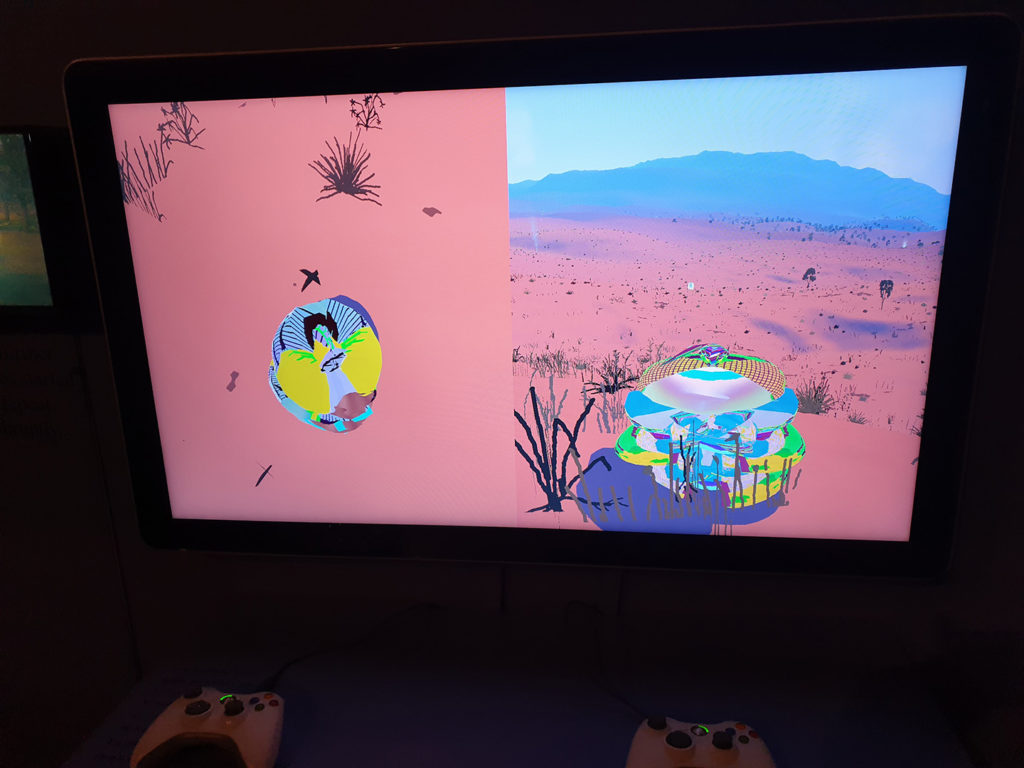 It’s a good time to view a new perspective about going out of bounds, and investigating your feelings when you play a game outside the normal experience.

Out of Bounds: Exploring the Limits of Videogames is a free exhibition at ACMI, on now until April 23, 2023.